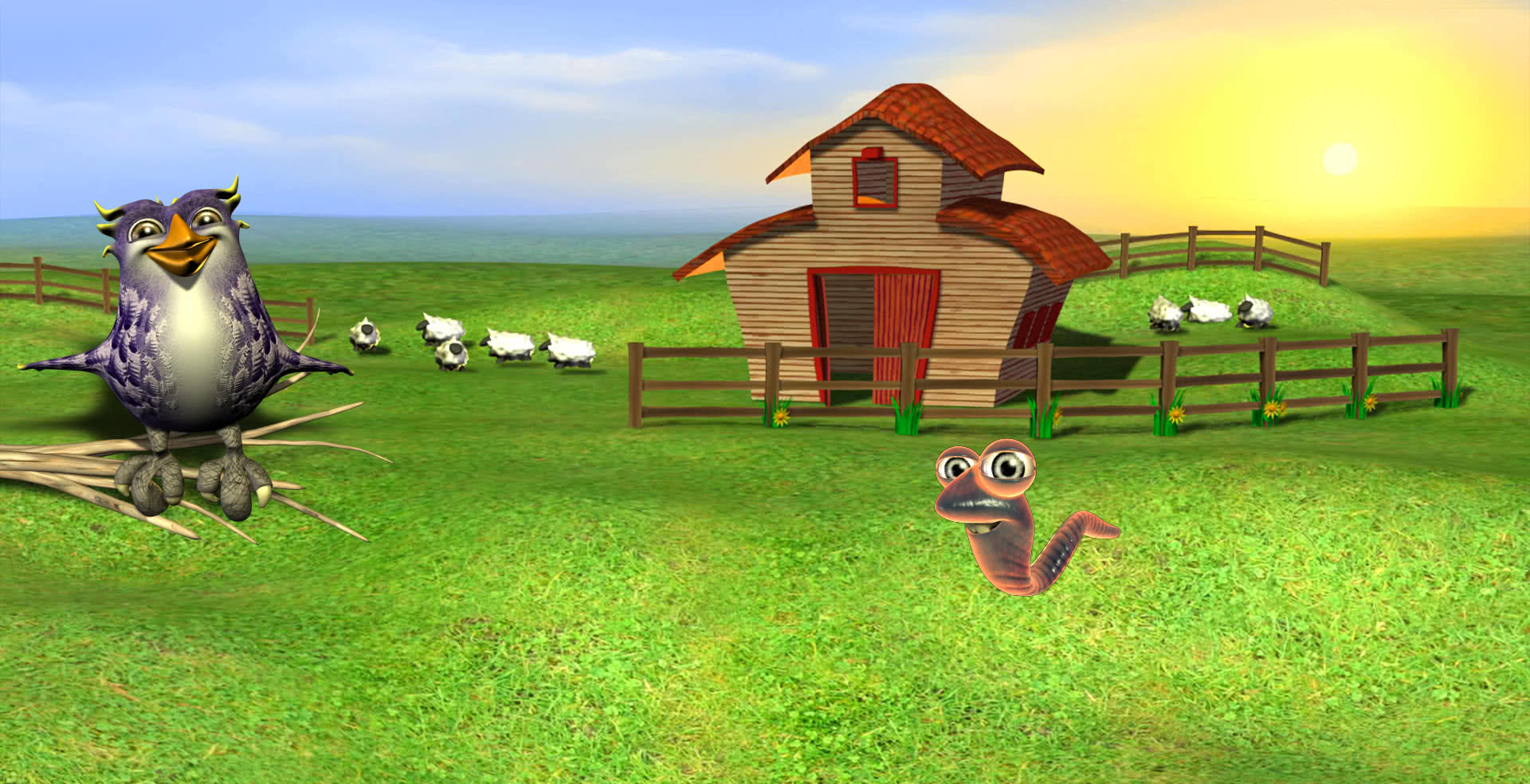 The lawn has just been mown, the birds are singing, and the worm is hiding from the greedy bird. While the bird is trying to catch the worm, your mission is to catch the bird. So, you'd better implement some distraction techniques, of course no harm must come to the bird, you just need him to make an appearance from time to time.

Eyecon gaming has developed Gets the Worm to bring a little sunshine to an English country garden, come Farmyard, on those otherwise grey old British summer days. But, of course, there is no such thing as a free lunch, they’ve laid on a cutesy little watering can to set you to work. The colours used in the graphics make the number and letter symbols look good enough to eat. But that wouldn’t be a good idea, as the chances of winning big would be significantly reduced.

Spin the reels and keep your eyes peeled for the bird and the worm. The funny little bug eyed worm is on high alert as he tries to steer clear of Mr Birdie. But that doesn’t stop him being the Scatter Symbol, and making enough appearances to give you the chance of some Free Spins. The Bird Symbol, which is the Wild, even substitutes for the Worm Scatter during Free Spins, how’s that for giving you even more chances to win big? The Bird is the highest paying Symbol on line wins, so best not to scare him off, just throw him a few bread crumbs and he is sure to come flapping.

Paytable symbols (from least to most valuable)

The Bird Wild Symbol substitutes for all symbols except the Worm Scatter Symbol. Apart from during Free Spins when the Bird Symbol can substitute for the Worm.

Crank up the music and let’s get this party started!

Are you brave enough to play this spooky slot game?