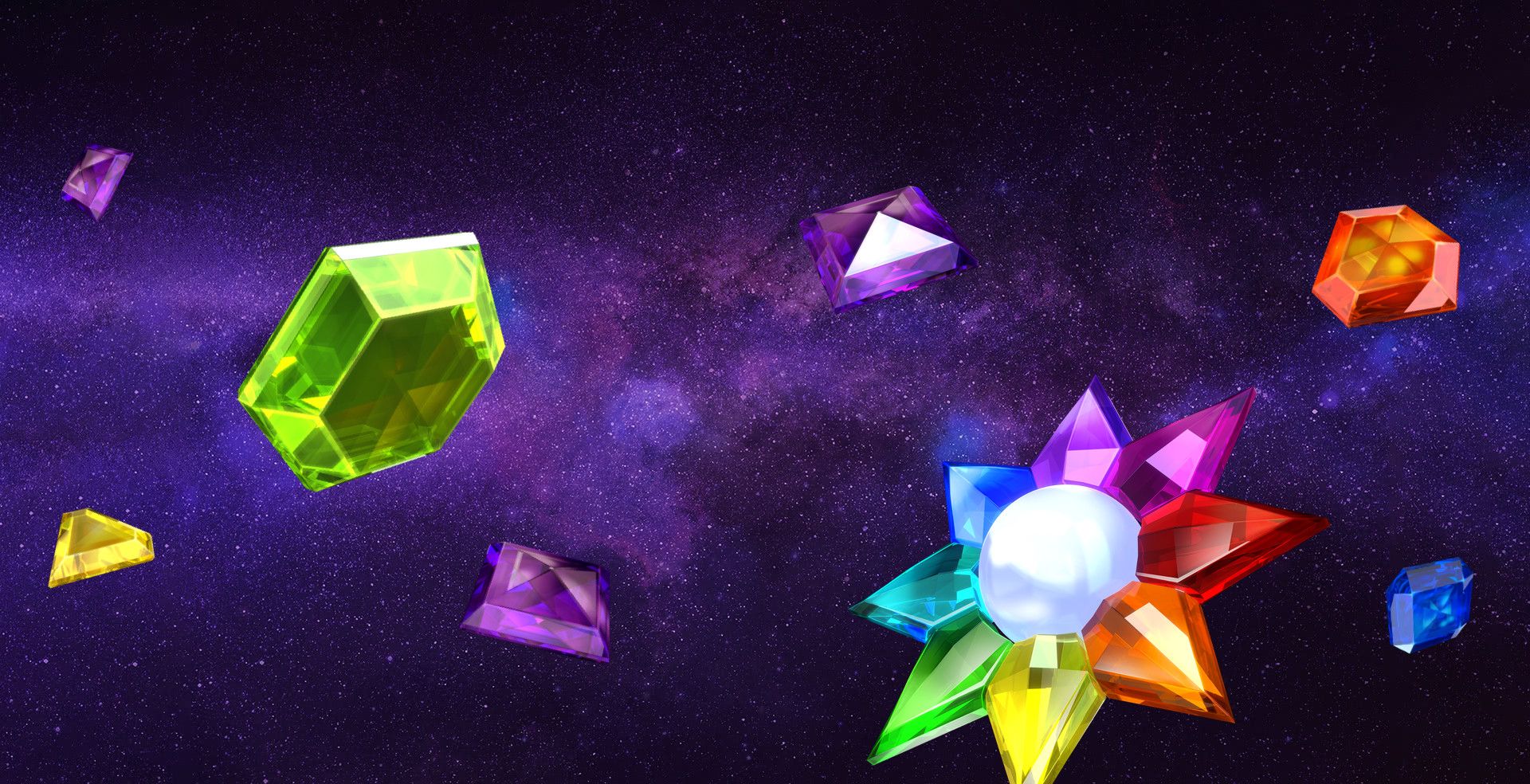 Experience a slot game of cosmic proportions with Starburst from NetEnt! Explore the cosmos and match up dazzling space diamonds to win real cash prizes. Fill the reels with special Starburst Wild symbols that expand when matched on reels 2,3, and 4. Those lucky enough to find a Starburst Wild will be delighted by not only the expanding wild feature, but the free re-spin too with up to 3 available. Create winning combinations from either left or right to maximise your winning potential. 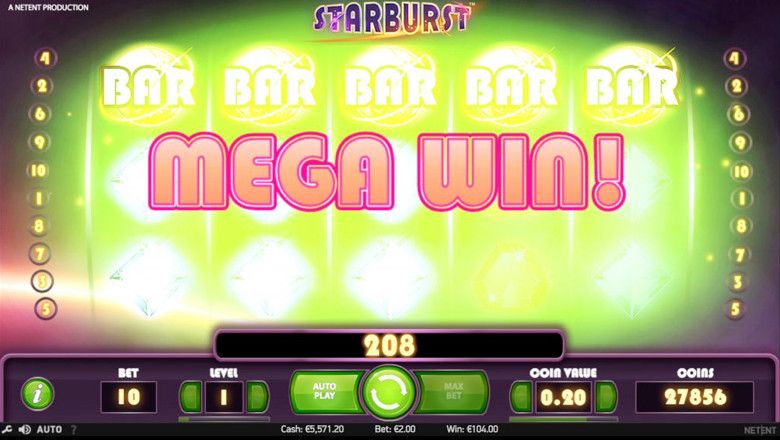 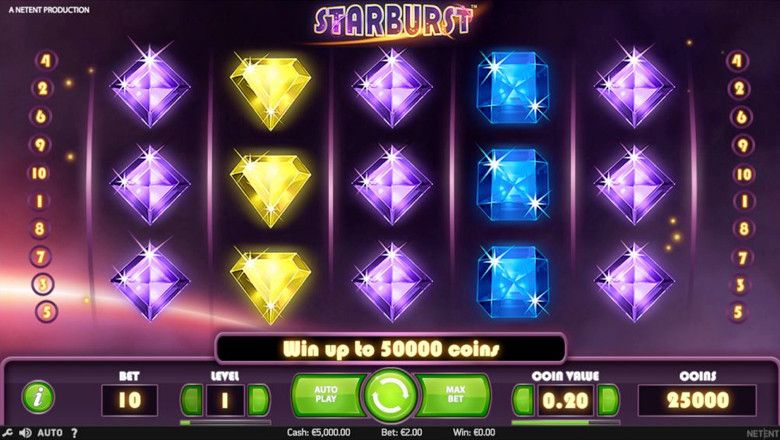 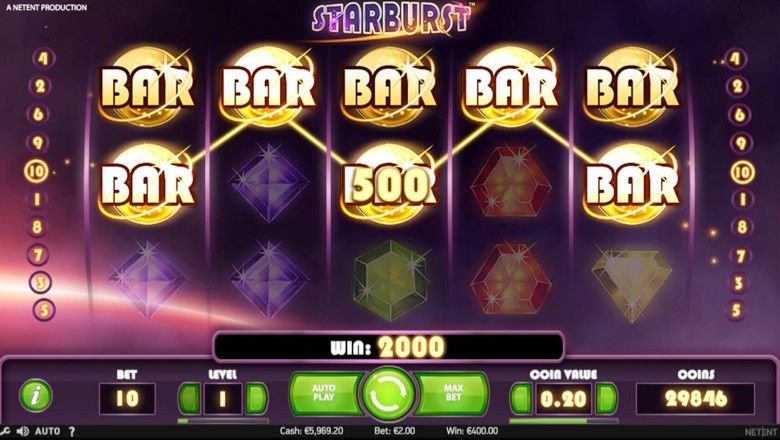 How to play Starburst

Starburst Wilds- Starburst doesn’t have any scatter or bonus rounds, but it’s killer bonus feature bring intergalactic excitement! The Starburst Wild symbol, in all its rainbow and star shaped glory, expands to fill an entire reel when it appears. it also triggers a re-spin too - with a whole reel of wilds.

Re-spins-Landing any Starburst Wilds on the reels also activated a free re-spin. If that wasn’t enough excitement, if you find another Starburst Wild in your re-spin, then the next re-spin will include both wild reels. This can happen up to three times across the middle 3 reels, so one wild symbol has a chance at being a huge win.

The Starburst Slot Game hasn't received many new variations over the years, but there are some unique twists on this classic game available at MrQ.

Slingo Starburst: Witness intergalactic delights but with 100% more Slingo action. Climb the prize ladder with more lines and spin the special reels to reveal a prize. If you land the wild symbol, you head straight into the respins - just like the original.

Starburst XXXtreme: Take Starburst to the limits with the exciting high stakes variant! The main bonus feature here is the wild symbol. Not only do they substitute for all symbols but also expand to cover the entire reel and trigger a respin, awarding a multiplier of either x2, x3, x5, x10, x25, x50, x100 or x150. Should more than one multiplier be awarded during the spin and respins, any bet line wins resulting from those spins will be multiplied by the sum of the multipliers!

What is the RTP for Starburst?

Can I activate free spins on Starburst?

Free spins can be activated by matching 3 Starburst Wild symbols on reels 2,3, and 4 for between 1 free respin. Landing additional Starburst Wilds adds extra free re-spins up to a maximum of 3.

What is the maximum win for Starburst?

The maximum win for Starburst is £120,00 based on the highest bet level and coin value.

Can I play Starburst on mobile?

You can play Starburst on all of your favourite mobile devices now on MrQ. Sign up today and play over 900 premier slots and casino games.

What is the Starburst volatility?

Starburst is a low volatility slot - meaning you will experience frequent, but smaller wins as you play.

What is the Starburst jackpot?

Starburst doesn't come with a jackpot - but there is a chance to land a 600x payout if you can hit the respins with high paying symbols!

We aren't jesting - this slot is hot, hot, hot!

Collect handfuls of glistening gems and unlock the ancient power of the Magic Orb. 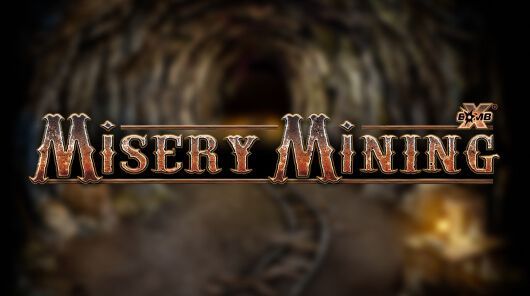 Only the toughest survive the Misery Mines. Light a match and blow open over 800,000 ways to claim bundles of glistening diamonds.