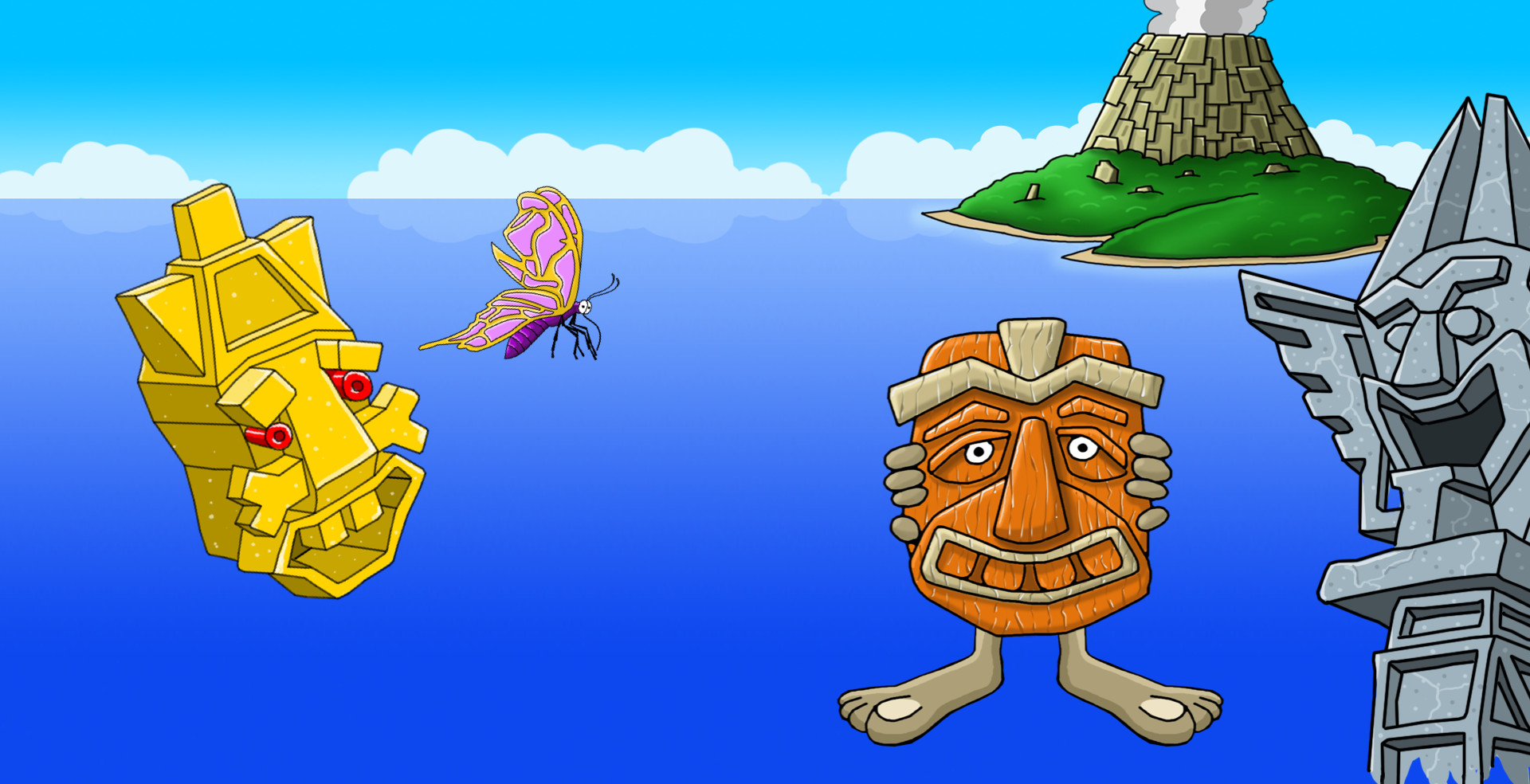 If you’re wondering how anyone could lose an Island, the Island isn’t really lost, it’s just a very well kept secret. Eyecon gaming invites you to a secret hideaway inhabited by exotic birds and wildlife. The only drawback though is the volcano rumbling away in the distance. It must be the reason it isn’t inhabited by any humans. It hasn’t erupted in over a century, so not too much to worry about. Enjoy the shade of the coconut trees as the Tribal music is triggered during Free Spins, let the reels do all the hard work so you don’t have to.

The graphics in Lost Island have the feel of a 1970s style children’s book, simple line drawings with goofy expressions on those with facial features. But not all remain static, that rumbling volcano starts when it appears on the reels as the Wild. Better start winning some big prizes before the volcano kicks off, there’s always a first time, and this could be it.

Spin the reels as the game transports you off to sunnier climes. It appears some of the previous inhabitants have left behind some of their personal belongings. Tribal Masks are scattered about the Island, find 3 or more and you can chillax under a palm tree as the Free Spins Bonus is triggered. A nice little earner for doing nothing as line wins are doubled during the spins.

The Volcano Symbol is not only the highest paying symbol on line wins, it also acts as the Wild in the game, substituting for all symbols except the Scattered Masks. Keep your eyes peeled for the goofy animals, the monkey is up there with the highest paying symbols, as is the exotic parrot. There are also snakes, butterflies, and a tiger who looks like he wouldn’t say boo to a goose. Practice your Dr Doolittle impressions and all will be well as you win some big prizes on the Lost Island.

During Free Spins prizes are multiplied 2x. Free Spins can be triggered a maximum of 15 times. All line wins are awarded based on the total bet for the triggering game.

Wild symbols offer a 2x multiplier for all line wins.