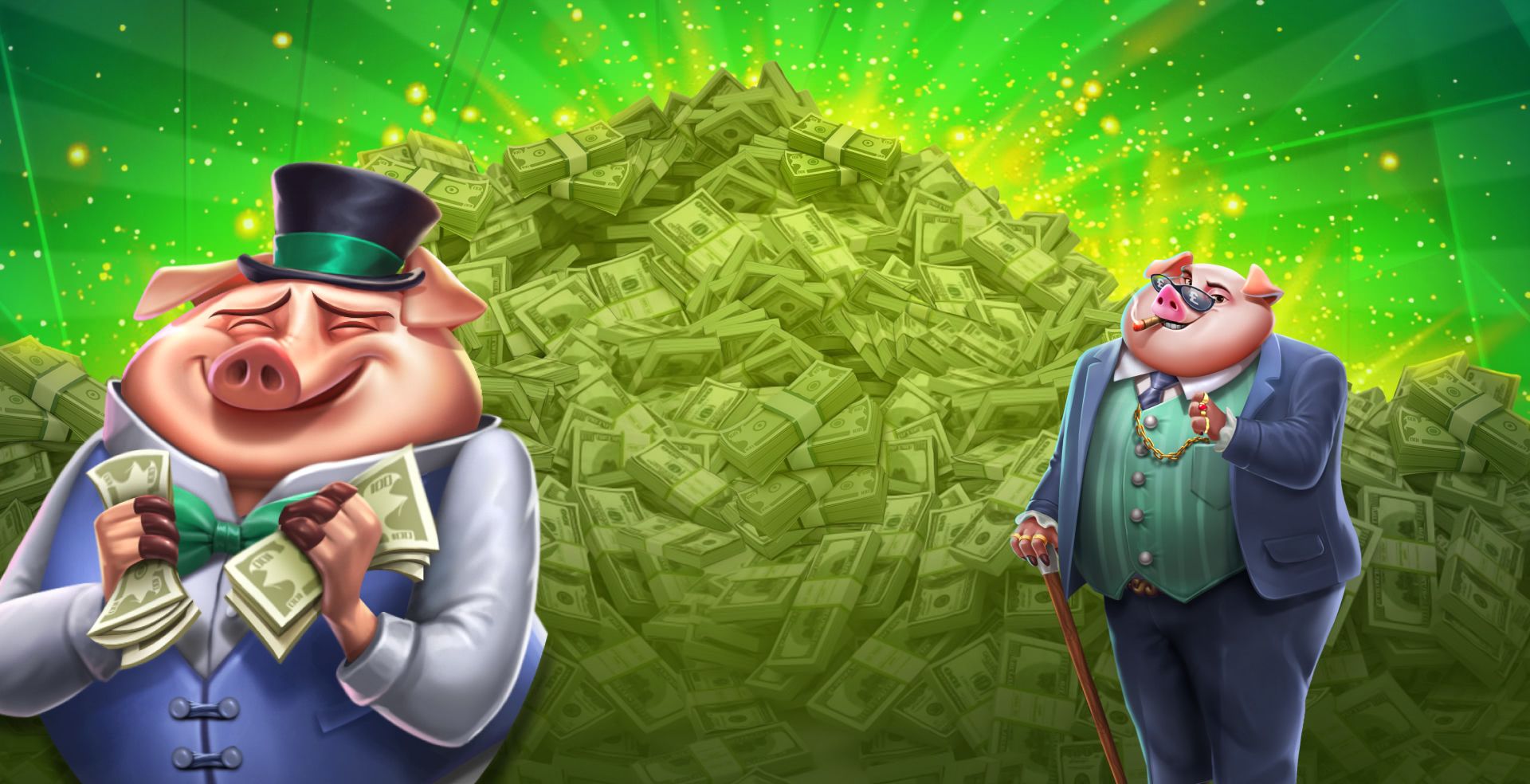 They say that money makes the world go round, and that’s certainly the case in Piggy Bank Bills slot, the Pragmatic Play slot where the aim of the game is to connect symbols together to make cold hard cash!

Unsurprisingly, this game has a money theme, with a green background filled with plenty of notes, and symbols which are all halves of notes. The values of the notes vary, ranging from 0.25x your bet to 100x your bet (and 1000x your bet if you get into the free spins bonus), but each individual symbol is as good as worthless on its own.

What you need to do is get two halves with the same value facing each other on the play board at once - they’ll join together to become a singular bill, and pay out! However, there are wild symbols too, which can turn to match the value of the symbol they’re facing, or if two wild symbols join together, they’ll create a banknote that takes on a random value. You can win free spins too, if you get two scatter symbols facing each other!

How to play Piggy Bank Bills

During free spins, an even more valuable symbol will be added to the play board, giving you the chance to win up to x1000 your total bet, and random multipliers of 2x or 3x can appear over the symbols too. Should a winning bill be formed, any multipliers over the symbols concerned will be applied to the final value of the bill. However, free spins can’t be retriggered, so make the most of them!

Can I trigger free spins on Piggy Bank Bills?

How much can I win on Piggy Bank Bills?

You can win up to x5000 your total bet on Piggy Bank Bills.

What is the Piggy Bank Bills RTP (Payout Percentage)?

Piggy Bank Bills has a return to player of 96.5% - this is the return you can expect to receive back over a long play period.

Where can I play Piggy Bank Bills?

You can play Piggy Bank Bills right here at MrQ, along with hundreds of other great slots!