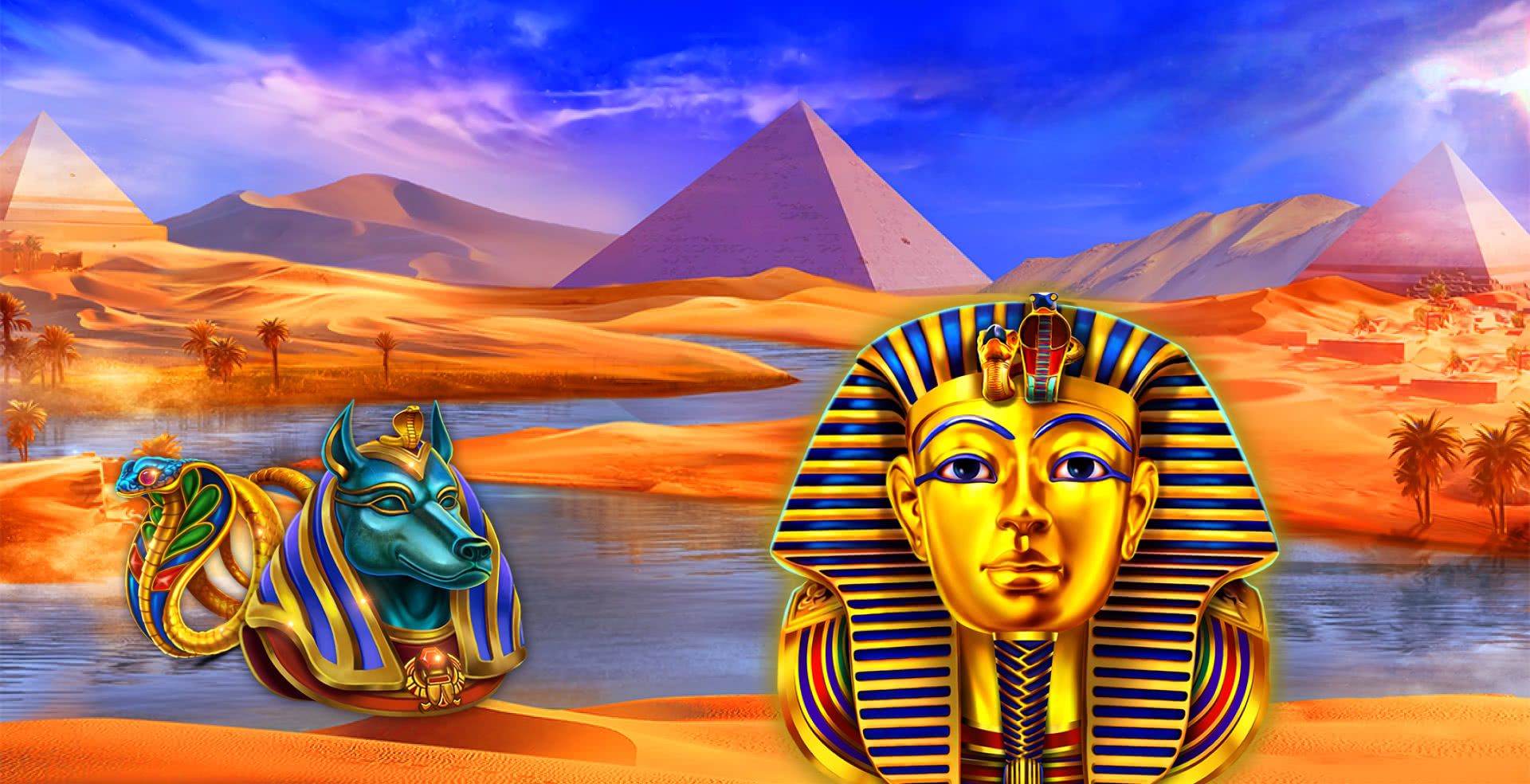 The hot African sun is beating down over the yellowy sands and glistening pyramids of Ancient Egypt. You have landed in a previously undiscovered, deserted, area where hidden treasures are waiting to be unearthed. A Pharaoh’s tomb lies in wait, but beware the guardians of the souls. Jackals and serpents aren’t ready to give up the precious contents of their master’s final resting place.

Pragmatic Play would like to invite you on a journey to visit the Pyramid King. The reels pop with a palette of colours associated with luxury and riches. Purples and reds shine as the playing card symbols are adorned with ancient symbols and sparkling gems stones. And we have to say Pragmatic Play are really mixing it up a bit with this soundtrack, a bit of the snake charmer meets Kraftwerk - if you don’t remember the 80s we are talking a splattering of synth-pop here! Very funky and fun. Despite their possessiveness, the Serpent and the Jackal are here to help you land some top prizes as high paying symbols on the reels.

How to play Pyramid King

Pyramid King is jam-packed with Bonus features. We have the Money Symbols, these award cash prizes and also have jackpot values attributed to them. They are delivered by a lone rider on a camel, but the camel is surprisingly fast! With awards of between 30x and 1000x your bet, you’ll want to step up the pace a bit. The Money symbols also trigger a Money Respin Feature, then you’ll see a heap load of those camels fill the reels. This is where you will have a shot at the Grand Jackpot Prize if you can fill all 15 positions with the Money Symbol.

Of course, the slot would not be complete without a nice little Free Spins Bonus, 3 scatters will trigger those for you. And as we said there are plenty of features on Pyramid King, during Free Spins you will be awarded a symbol at random which will become an Expanding Symbol. How’s that for increasing your chances of landing that big win? Even better still, there is no maximum on the number of Free Spins triggered during the Bonus, keep landing those scatters and Bob’s your uncle.

Pharoah’s Tomb Wild Symbol - substitutes for all symbols except the Money Symbol and the Bonus Symbol.

The Money Symbol is present on all reels, they either have a value attributed to them or they have Minor or Major Jackpot values. The Jackpot values are Grand: 1000x, Major: 100x, and Minor 30x the total bet. Landing 6 Money symbols on the reels trigger the Money Respin Feature, all winning combinations for the lines are paid and then the feature begins. The Bonus Round is played with only the Money symbols and empty spaces. The game starts with 3 respins, all Money symbols landing during spins are held for the duration. Each time a Money Symbol lands the respins are reset to 3 additional spins. The game ends when all spins have been awarded, or when the reels only contain Money symbols. At the end of the game, all the values of the Money symbols are added together and the total paid out. If all 15 positions on the reels are filled the Grand Jackpot is awarded.

When 3 scatters land on the reels the Free Spins Bonus is triggered. 10 spins are awarded and a symbol is chosen at random to become an Expanding Symbol. During Free Spins after the payout of regular symbols the Special Symbol expands vertically to cover all 3 positions on the reel. Landing 3 of the Bonus Scatter symbols during Free Spins awards an additional 10 spins with no maximum number of retriggers.

Do you have the luck of the Irish?

One of the most popular games in the galaxy, its Starburst wilds are a cosmic anomaly.