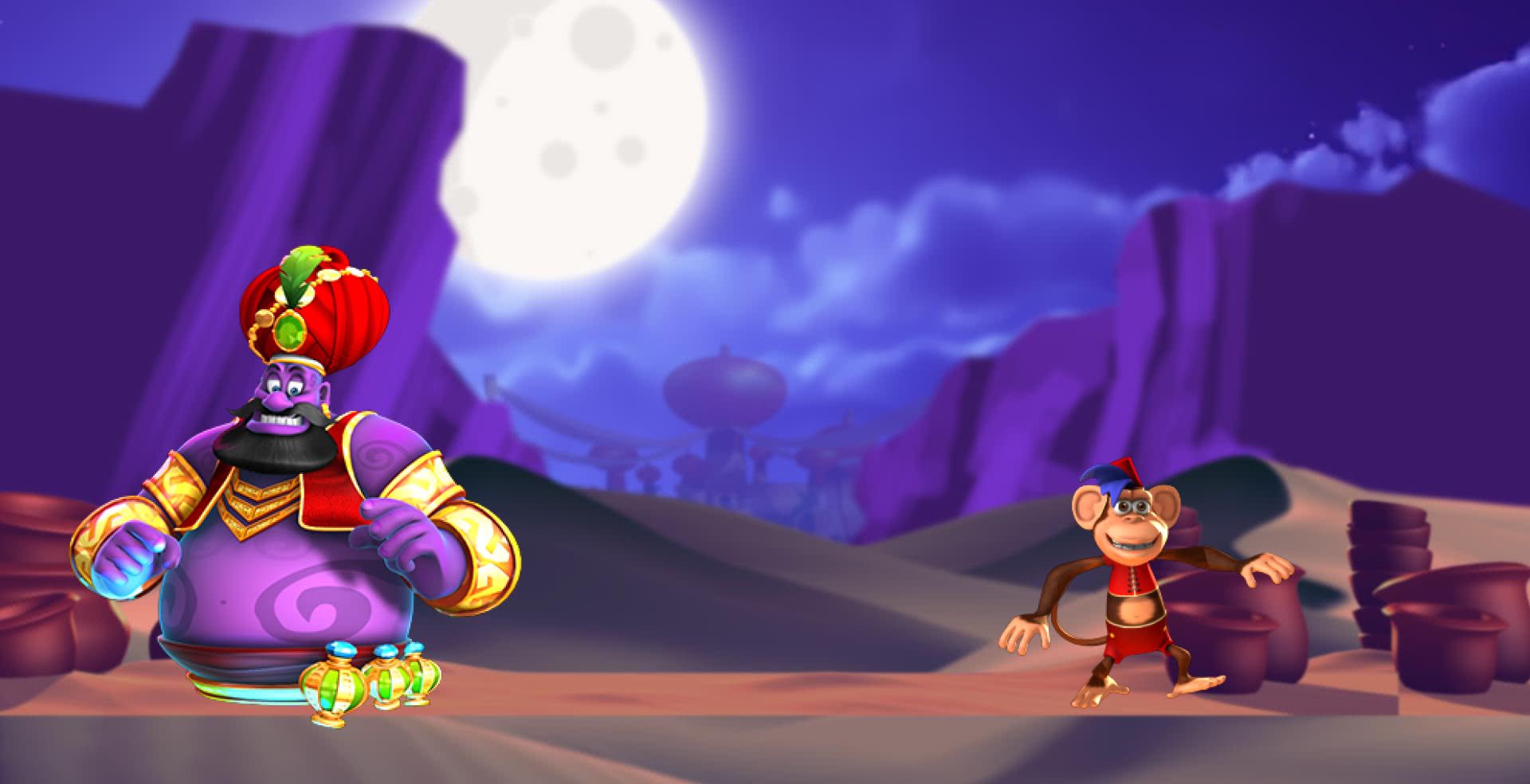 Choose your three wishes wisely with Genie Jackpots Jackpot King slot, the mystical five-reel game from Blueprint. One of a few games in the Genie Jackpots series, this slot shares a lot in common with the others, including mesmerising sunset-esque graphics and a Middle Eastern folklore theme, but of course there’s the added excitement of the Jackpot King feature!

Triggering randomly, it can give you the chance to win big and rack up some huge jackpot prizes, operating alongside the other bonuses and features this game boasts. With the Power Spin feature, you can trigger some exciting modifiers, while there are two different bonuses to activate! It might not take you 1001 Arabian Nights to get your hands on some great prizes...

There are two main features, and they’re both triggered when two bonus symbols land on the board. Should a magic carpet symbol land alongside them, and you’ll trigger the Magic Carpet Bonus, while a chest symbol will get you the Mystery Win Bonus. In the former, you’ll see a host of magic carpets on the board. If they say ‘Advance’, you’ll move along them while increasing your prize, while if they say ‘Collect’, you’ll get what you’ve won so far and then end the feature. Reach Big Money for a huge payout, while you should keep a lookout for the Jackpot Genie himself - he could enhance your game! In the latter, you’ll simply be in with a chance of winning a mystery prize from the Genie’s Cave, which could be up to 100x your total bet.

Randomly triggerable in any spin is the 3 Wishes Power Spin, which can trigger one of five perks. You could get a respin with an extra wild, all pays doubled with an extra wild, wild symbols infecting surrounding regular symbols, or one of the bonus symbols, which will guarantee you a bonus.

Can I trigger free spins on Genie Jackpots Jackpot King?

There aren’t any free spins in Genie Jackpots Jackpot King, but there are two different bonus games - and the chance to trigger a respin randomly during the base game.

For a chance of winning the progressive jackpot, you need to find five Jackpot King Deluxe symbols and then spin the reels to win crown symbols. If you’re lucky, you might be able to enter the Wheel King, and you could win the jackpot!

What is the Genie Jackpots Jackpot King RTP (Payout Percentage)?

Genie Jackpots Jackpot King has a base return to player, or RTP, of 92.73% - this is the return you can expect to receive back over a long period of play.

Where can I play Genie Jackpots Jackpot King?

You can play this slot, alongside many other Jackpot King titles, right here at MrQ.