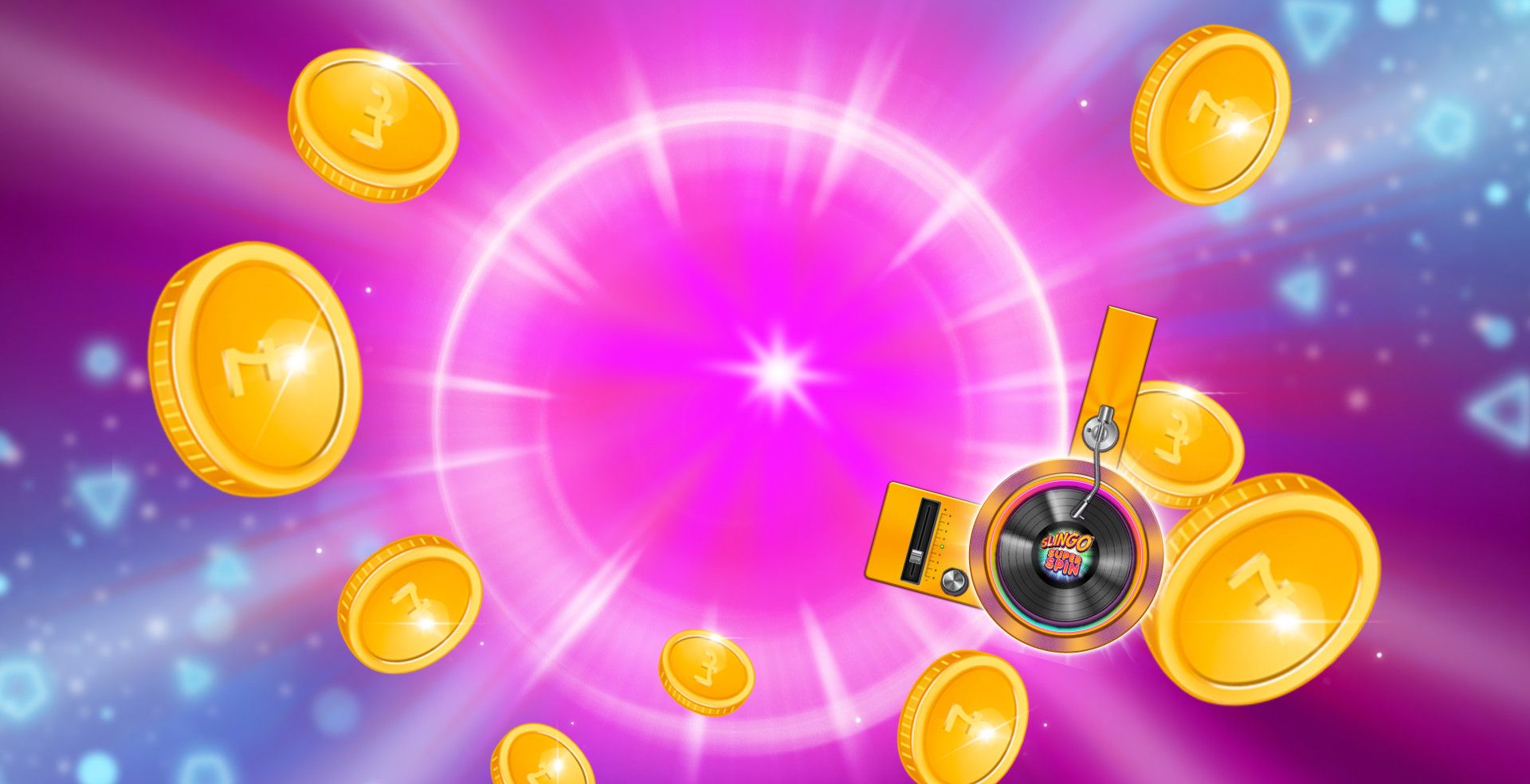 Go full groove mode and get funky fresh with the Slingo Super Spin slot by Slingo Originals. This is exciting Slingo action but disco-fied with disco balls, shimmering golden stars, and the loudest pairs of sunglasses you’ve ever seen. Spin and match up numbers on the game board to create winning Slingo lines vertically, horizontally, or diagonally to win real cash prizes.

How to play Slingo Super Spin

Super Wild- During any base game spin, an additional 6th number will be spun on the record player and will award a Super Wild whenever it matches a number with one on the reels. Super Wilds allow you to pick any space on the game board to be filled to maximise your potential Slingos.

Disco Ball- Landing a Disco Ball anywhere on the reels will add 1 additional spin to the total for every Disco Ball landed.

6 Scatter jackpot- if 5 Wilds and a Super Wild appear on the reels, then the maximum jackpot is won automatically. These jackpots depend on the current bet level with up to £125,000 up for grabs at the highest bet level.

Slingo Respins- Like any good Slingo game, once you have used all of your spins that isn’t the end of the game. For an additional cost, you can add an extra spin to help complete your Slingo table and hit that full house jackpot. Keep in mind that the price of each spin depends on your bet level and how close you are to reaching a full house.

Can I win real cash on Slingo Super Spin?

All of the Slingo games available on MrQ are real money slots with all winnings able to be withdrawn for real cash.

What is the RTP for Slingo Super Spin?

How do I win Slingo?

You achieve wins in Slingo by creating 4-number lines vertically, horizontally, or diagonally on the game board. Maximum win for Slingo is achieved by filling the entire 5x5 game board.

Where can I play Slingo Super Spins?

You can play Slingo Super Spins now on MrQ. Sign up today and play over 900 exciting slots including top Megaways and Slingo games.

March for big wins like a Roman solider - will you hit the Maximus Winnus?