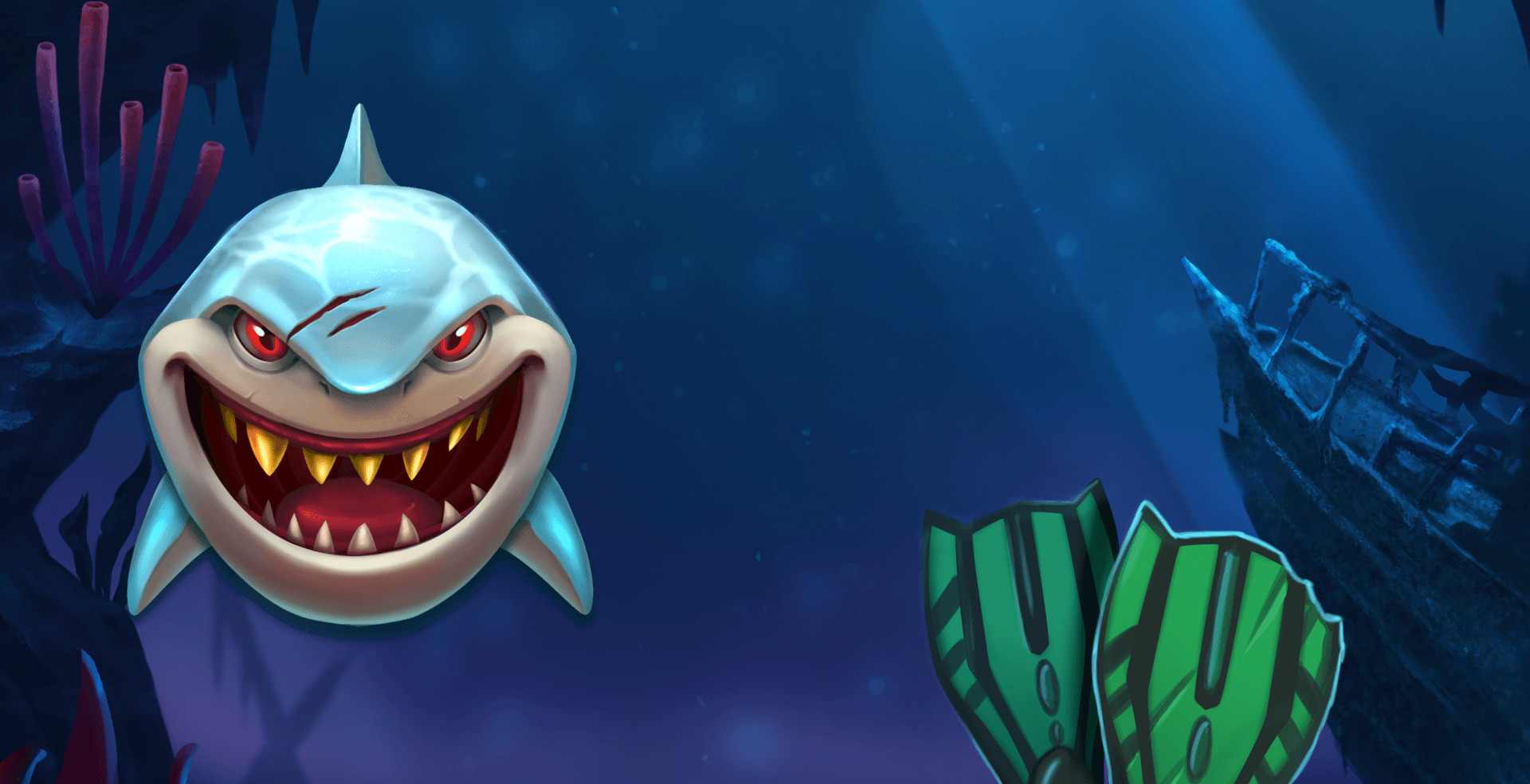 Make sure you don’t get bitten in Razor Shark slot, a Push Gaming title to really sink your teeth into!

Head to the bottom of the ocean with all of your scuba gear and get going - among the pristine waters are a range of fish, various coral and other marine life, and of course some shark-inspired symbols too.

On the five-reel, 20-payline play board, you’ll find some bits and pieces of diving equipment, as well as five sharks of differing colours - one of which is the wild symbol, substituting for the rest of the regular symbols!

Find sea mine scatter symbols to trigger free spins, or get mystery stacks - you could win gold sharks, which could mean more money. The wild symbol, as well as acting as a wild, pays out in its own right too - it’s most valuable symbol of the lot, so while sharks have a fearsome reputation, it’s nothing to be scared of...

How to play Razor Shark

Want some free spins? Just land three scatter symbols anywhere, and you’ll win some! When they begin, the second and fourth reels will be filled with mystery symbols, and a multiplier will be applied to all wins - whenever the Nudge & Reveal feature is triggered, it’ll increase by one. Free games continue until no more mystery stacks are left on the board, but each extra scatter symbol you get gives you an extra free spin, as it nudges the mystery stacks up by one position.

Can I trigger free spins on Razor Shark?

You can - just get three scatter symbols anywhere on the board at once.

How much can I win on Razor Shark?

The maximum win on Razor Shark is 50,000x your total bet.

What is the Razor Shark RTP (Payout Percentage)?

Razor Shark has a return to player, or RTP, of 96.7% - this is the return you can expect to receive back over a long period of play.

Where can I play Razor Shark?

You can play Razor Shark right here at MrQ, where there are always zero wagering requirements.