Esqueleto Explosivo® is a slot game by Thunderkick that promises to bring you good times and big prizes. Join Enrico Mortis and his mariachi band, The Boners for Day of the Dead celebrations in a private backstreet concert where the 3x5 play board resides.

The distant sounds of people enjoying the holiday festivities and exciting fireworks really put you in the mix. Esqueleto Explosivo® is a bright and colourful slot game full of music that brings the carnival to you. 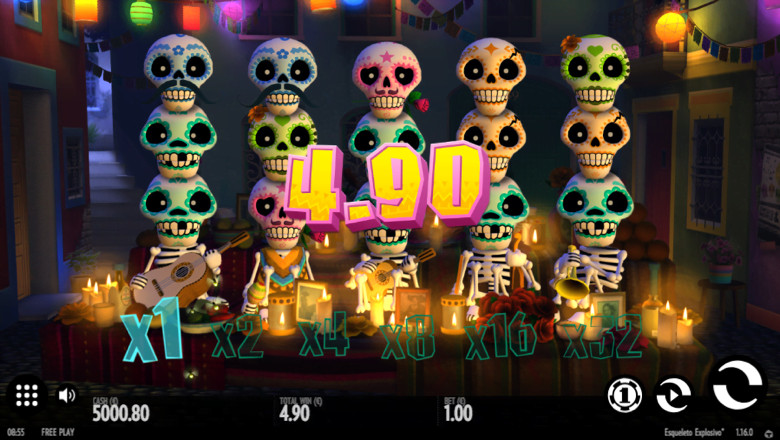 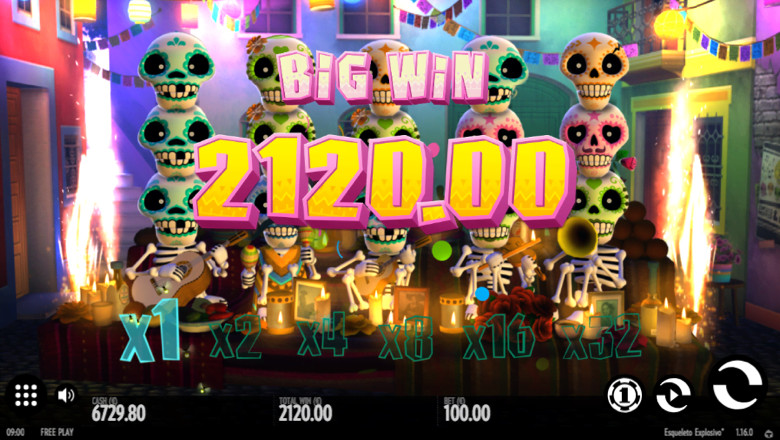 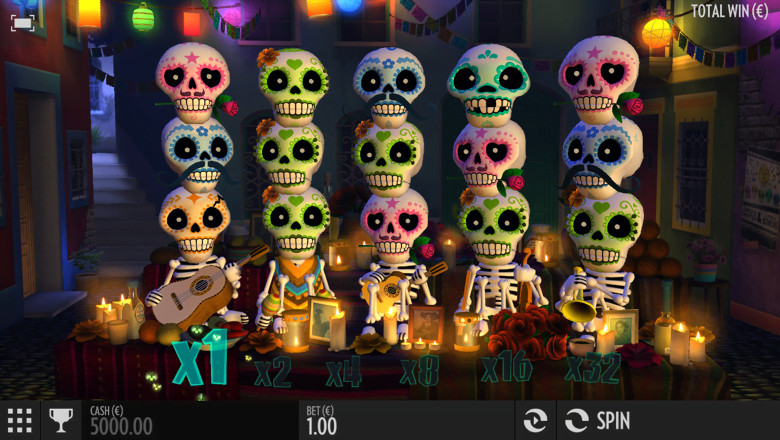 How to play Esqueleto Explosivo

This game’s so simple to play it will make your head fall off. During play, watch the skulls fall and be replaced by a new stack of singers. Land any of the 17 winning payline combinations and the band members will sing for you, just before they pop like firecrackers and fall to the floor.

This triggers the dropping symbols and multiplier bonus features. If you’re lucky enough, you might land the super cool golden explosivo wild which can randomly appear on any reel at any time.