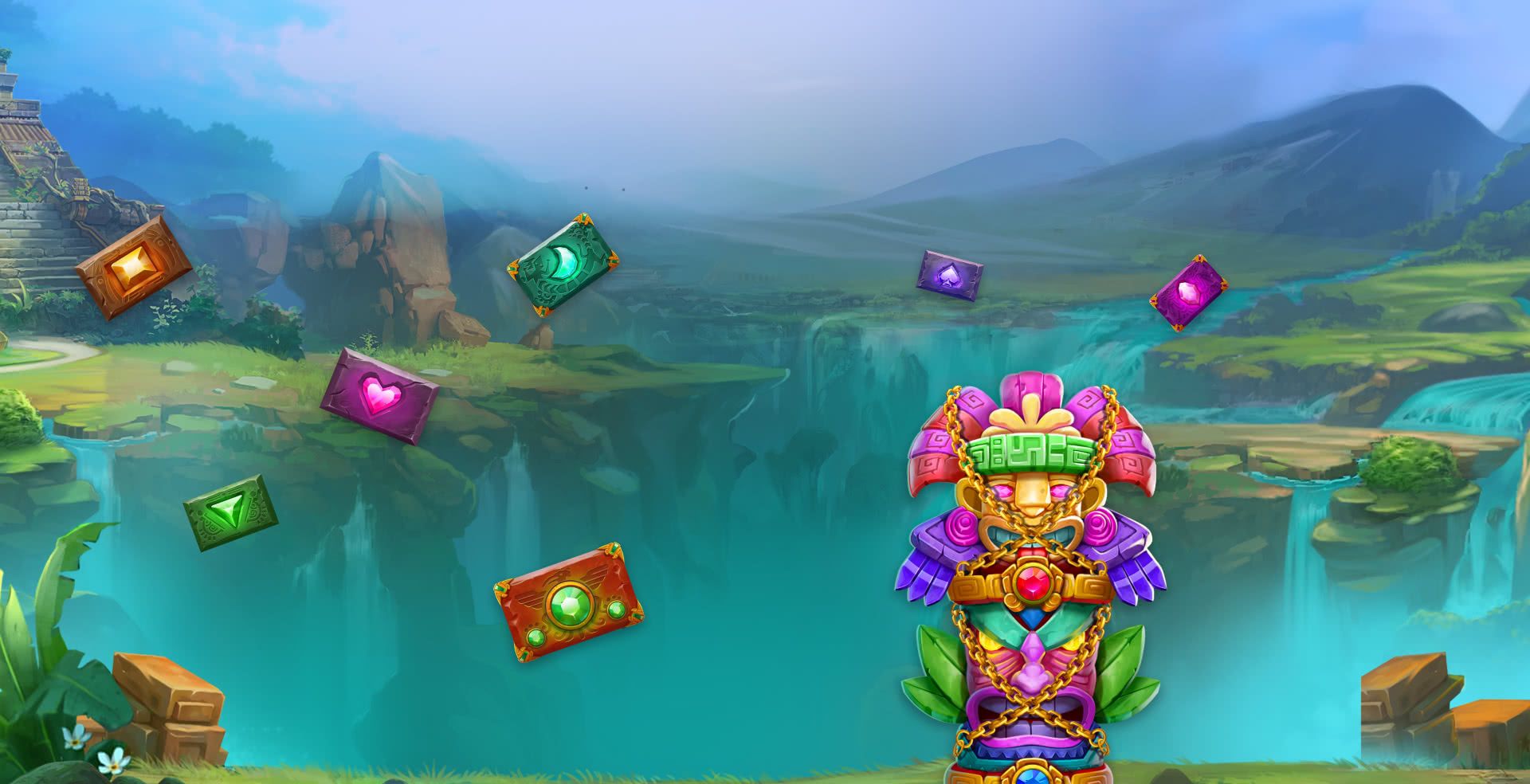 Head to the heart of the Empire in Aztec Bonanza slot! A mystical, enchanting song plays as you spin the reels and take in the breathtaking surroundings in this Pragmatic Play game - the beautiful scenery is something to savour, but don’t let it distract you from the excitement of spinning the reels! You’ll begin with 384 ways to win, but can you make the reels tumble and unlock the rest of the board, giving you up to 7776 ways to win? In Aztec Bonanza, anything’s possible...

How to play Aztec Bonanza

At first, the play board takes on a sort of diamond shape. There are 5 reels, but they decrease in size as you travel outwards - the leftmost and rightmost reels just have one symbol each, as each of the board’s 4 corners are hidden. However, it’s easy to uncover them all; after each win, winning combinations disappear as new symbols tumble down onto the reels. Every 2 tumbles will unlock one of the corners, giving you more chances to win, and more symbols will be added too! For example, unlocking the top left corner will reveal Mystery symbols - when it hits at the end of a spin, all Mystery symbols will turn into the same paying symbol, giving you an extra chance to win big! None of the symbols here are incredibly valuable, with your biggest possible win from a 90p spin being £2.25, but with so many ways to win they can definitely add up fast!

Once you’ve unlocked every corner of the play board - and in turn unlocking giant expanding symbols - you’ll win some Free Spins! Your Free Spins will be played on the full board, with 7776 ways to win, and you’ll begin with 5 Free Spins. During each Free Spin you’ll see one special feature triggered too. It could be Mystery symbols, which will hit on the screen randomly and turn into the same paying symbol. Alternatively, you might access the Symbol Transform feature, in which up to 3 low-paying symbols will all change into high-paying symbols, or you could get Giant Symbols, which are expanded to 2x2. However, Free Spins can’t be retriggered, so Az-tec your time and use them wisely!