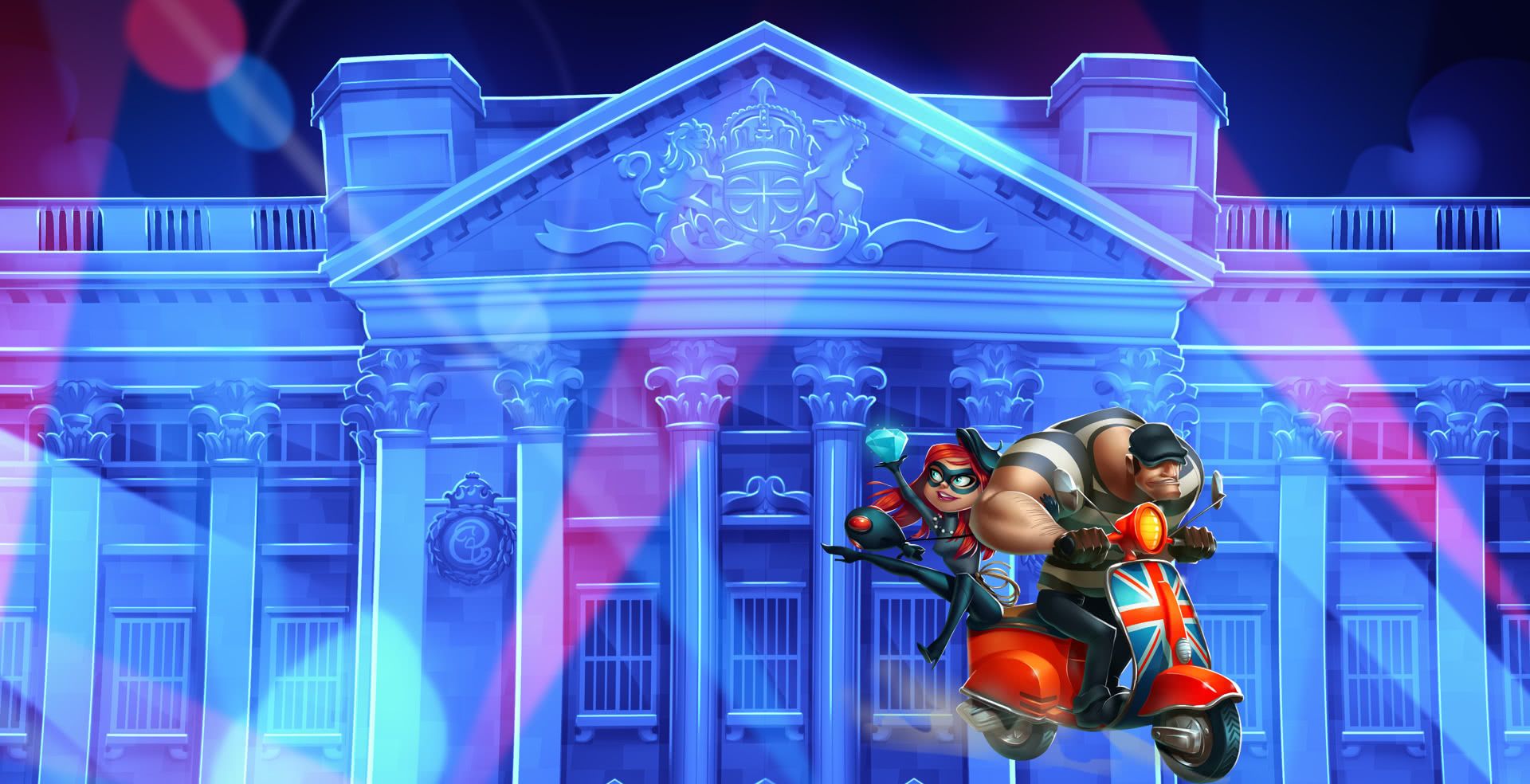 What’s going on ‘ere then? This Eyecon slot pits you against the police as you work with Penny the cat burglar to see if you can Beat the Bobbies. Of course, it’s very British with a lot of red, white and blue, and 3D graphics depicting a host of curious British characters, from a bulldog (what other breed would fit?) to Penny herself.

Should you succeed in getting one over on the bobbies, you might have some Free Games to try too, so don’t miss the chance to win on this fun and exciting slot!

How many ways can you beat the bobbies? 243, to be exact. There are 5 reels and a range of fun characters to match as you endeavour to do so, and they’re all pretty valuable - particularly the jewels you’ll be helping Penny obtain. Match 5 Diamond symbols and not only will Penny be laughing all the way to the bank, but you’ll get £40 from just a £1 bet!

Meanwhile, the Substitute Bobby symbol will substitute for all symbols apart from the Scatter symbol, so will be much better news for you than Penny! Speaking of Penny, the Scattered Penny symbol pays out more than even the Diamond, so she might be able to help you out in more ways than one...

You can trigger even more Free Games as you play, to a maximum of 15 times, and all games are played with the same bet as the spin on which you triggered them, so you’re even in control a little! The only thing better than beating the bobbies is getting some Free Games, so give it your best shot.

It’s time to take a trip to the pyramids for an experience that’s sure to get you spinning!

Turn up the music and blow your vuvuzela because Cup Carnaval is here.

Relive the days of winning prizes at the fairground with Doubleup Ducks.