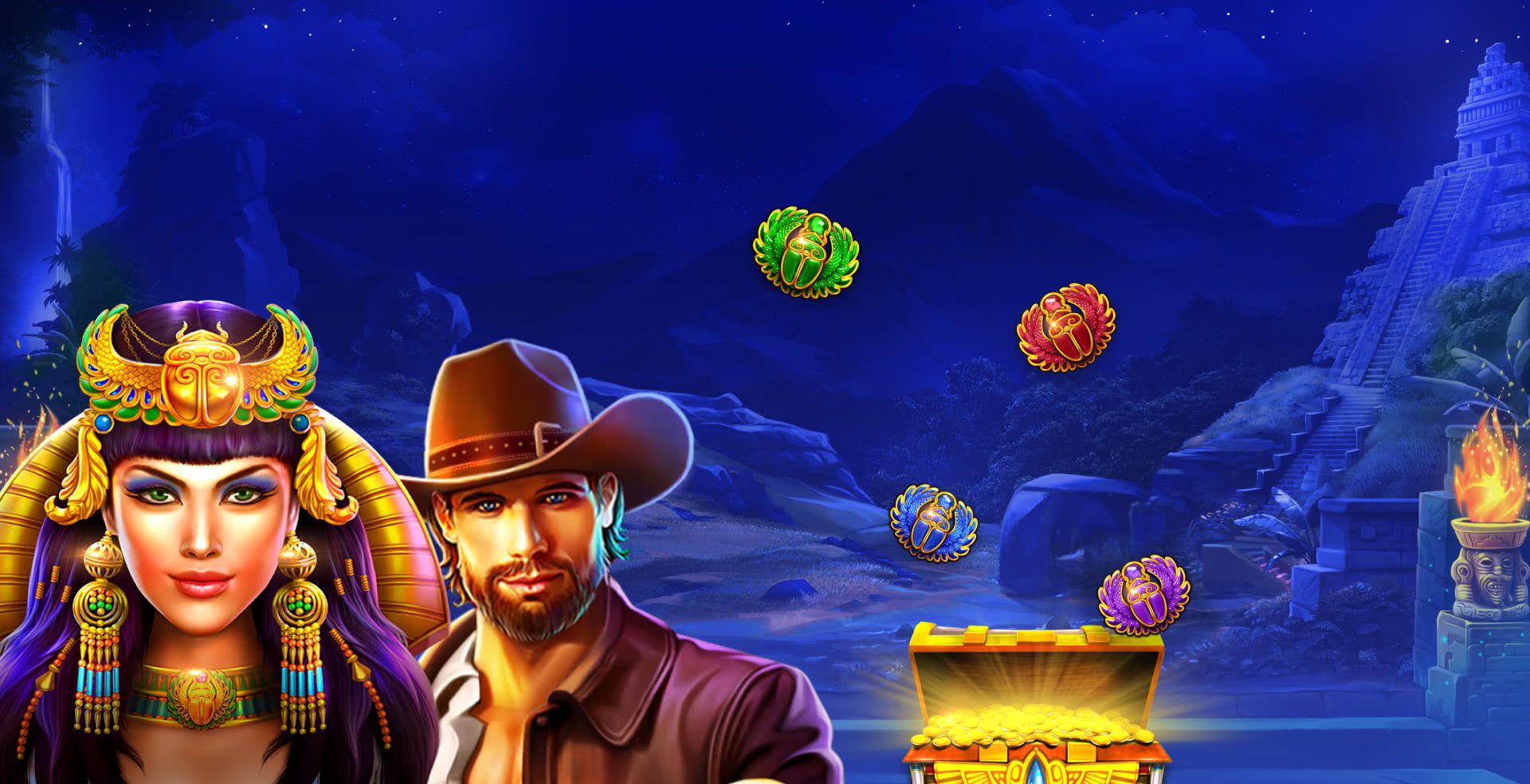 If you want to explore Ancient Egypt, Scarab Queen slot is the game for you! Join the fearless John Hunter as he makes his way across Egypt, through 25 paylines and 5 reels, to get to the Scarab Queen.

This Pragmatic Play slot has a steady percussive beat which turns into an altogether more bombastic melody when you win - the graphics are a sight to behold too, as an enchanting background of pyramids and other Egyptian sights under a blue and purple sky really takes us to the heart of the Nile.

The play board and symbols all look very grand too, which makes us wonder how wealthy this Scarab Queen is - get some Free Spins and you might find out...

How to play Scarab Queen

Scarab Queen won’t be the first slot you’ve played that makes use of a 5-reel, 25-payline format, but there’s a reason for that - it works! There are 8 symbols to look out for on the reels, with some of them not being too valuable - others, however, could leave you the richest resident of Ancient Egypt!

If you’re lucky enough to see John Hunter on the play board, you could win as much as £32 from a £1 spin, while the Scarab Queen appears on the Wild symbol, and she substitutes for all regular symbols too - can she help you win?

Wild symbol- this symbol substitutes any other symbols apart from Scatter, Money and Collect symbols.

Money symbol - takes a random value and pays out when alongside a Collect symbol.

The majectic pyramids appear as the Scatter symbol, and when you get 3 on a spin you not only get back what you spent on the spin, but also win 8 Free Spins too! There are no limits to just how many Free Spins you can win either, so get another 3 Scatters and you’ll win yet another 8.

Meanwhile, Money symbols and the Collect feature are both active on Free Spins too. The Money symbol, when it appears, takes a value from a predefined set - when one or more come on during a spin, and a Collect symbol appears on reel 5, you’ll get one of 5 features.