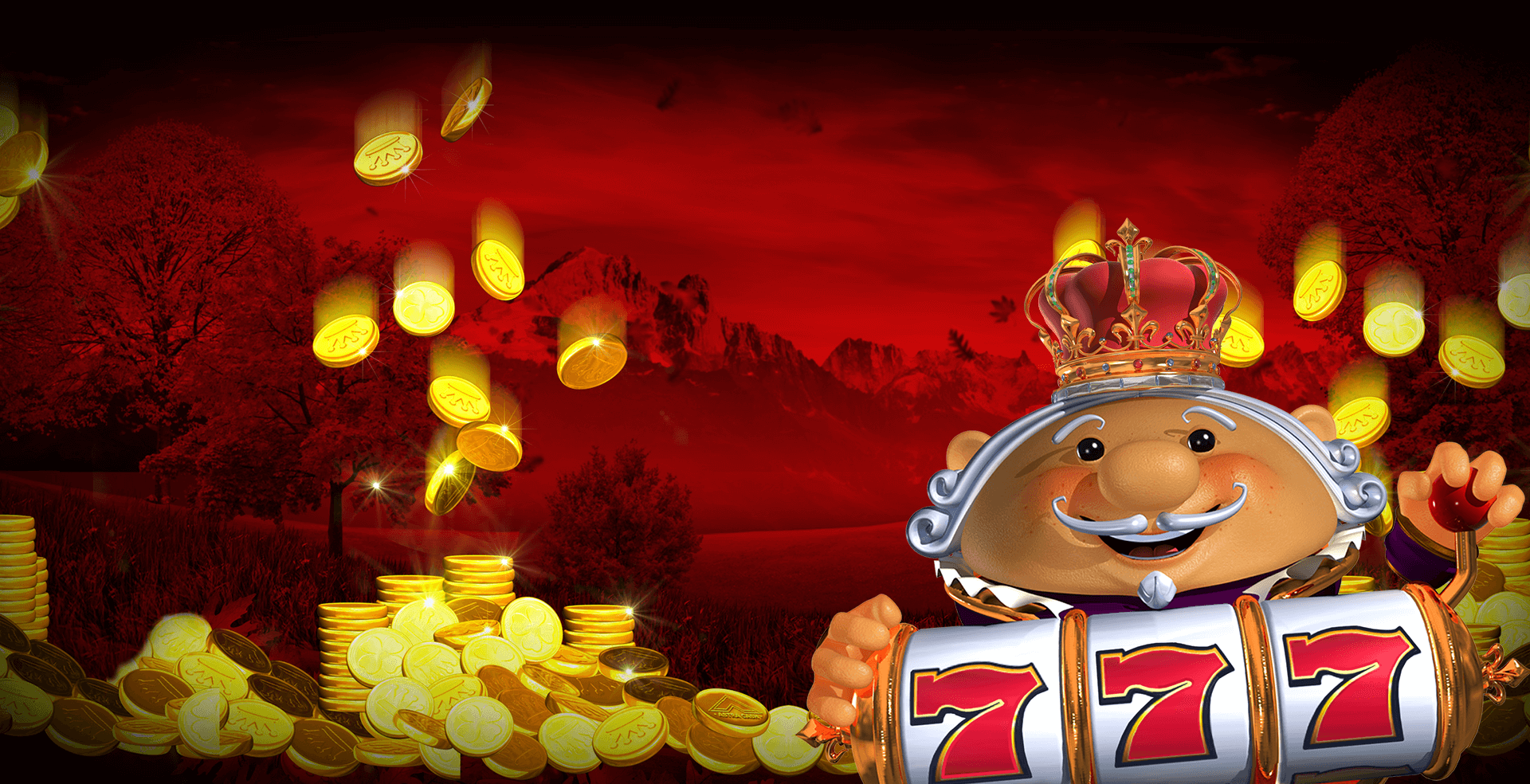 His majesty makes a triumphant return in Reel King Mega by Red Tiger Gaming. Our favourite monarch is back with all new super symbols, bouncing crown bonuses and the old favourite - the Reel King Bonus.

Listen out for the dings and the 5 reels to turn yellow for some right royal winnings.

Once all reels have that yellow glow, you'll activate the Reel King feature - with up to 5 mini slot machines added to each reel. Hit those triple red 7s and bag up to 25x your total bet - spins continue until the king goes bust!

That's not all - see a bouncy golden crown? If it hits one of the symbols on the reels, it will turn into a wild.

Prepare yourself for a royal time and play Reel King Mega slot at MrQ.

Here are the max line wins for each symbol (on a £1 stake):

Super Symbols: Each symbol has the chance to appear as a giant 2x2 super symbol.

Reel King Bonus: When all reels light up yellow, the Reel King bonus triggers. Up to 5 mini Reel Kings will appear on the reels spinning their mini slot machines and awarding prizes. Spins end when no more winning combos remain. The machines pay out as follows:

King's Crown Feature: After the reels stop, the King's Crown may bounce onto the screen landing on one or more symbols. Each icon touched by the crown turns wild; any new winning combinations are now paid.

Must Drop Jackpots: On any spin, you may trigger the jackpot feature! Spin the wheel for the chance to win one of three jackpots including the Daily Drop, Super Drop or 10 Minute Drop.

Can I trigger free spins on Reel King Mega?

There are no free spins on Reel King Mega - but there is a Reel King Bonus that activates once all 5 reels turn yellow. Each Reel King machine that appears continues to pay winnings until no more winning combos remain and all kings have disappeared.

How much can I win on Reel King Mega?

The maximum base game multiplier is 500x - but there's also the chance to trigger the Must Drop Jackpot on any spin!

What is the Reel King Mega RTP?

The Reel King Mega return to player is 96.16% - this is the theoretical average pay back over a long period of play.

Where can I play Reel King Mega?

You can play the latest Red Tiger slots right here at MrQ - the award winning, no nonsense online casino. Start your royal journey and claim real cash prizes on your winnings.

Adventure among the stars and win real cash in the cosmos

Goonies never say die! The cheeky band of treasure hunters are back for another stab at One-Eyed Willy's famous loot.