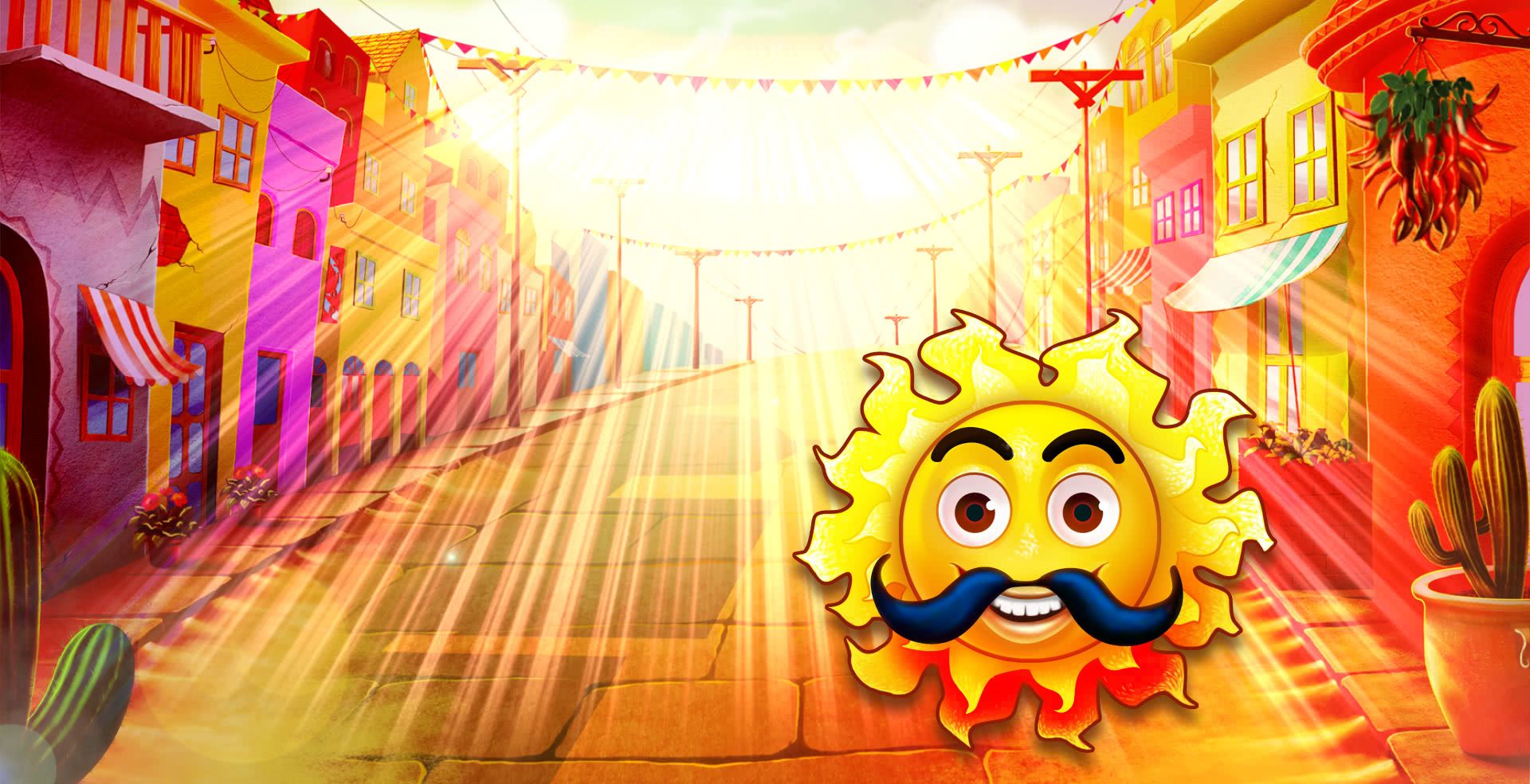 Chilli Heat Slot from Pragmatic Play will warm the coldest of hearts. Not only because everywhere you look there are delicious, spicy, chillies, but also because everything on this slot is jolly good fun. The reds, greens, and blues really pop from the cartoon-like symbols on the reels, and the traditional Mexican music will make you sway as you play. If you’re going to make the most of trying out all the different chilli peppers, you might want to go easy on the Tabasco on offer. You can always cool down with a vibrant green Tequila as you chill with the cutsie Chihuahua. If it gets too hot, there is a nice big Sombrero to shield you from that hot Mexican sun. Let’s not forget why we are all here, all these symbols are ready to form some lucrative winning combinations as you spin those reels.

How to play Chilli Heat

This is the kind of slot we dream about, one of those that goes beyond wilds and scatters with its added extras. On this occasion, we are talking about those bulging money bags, the Money Symbol. Landing 6 of those triggers the feature that can earn a pretty penny or two, especially as the more you land during the feature the more Respins awarded. The game can keep on running, being reset back to 3 Respins, until you finally run out, or you’re lucky enough to have filled the entire grid with money symbols. Should that be the case then you’re in for a big jackpot prize. If not, all the values on the money bags at the end of the feature will be added together for a nice big cash payout. When it comes to Free Spins, there is no limit on the number of times they can be retriggered, and with 8 Free Spins being awarded for landing 3 scatters you could be in with a chance of landing some lucrative winning combos.

Chilli Heat has generous Jackpot prizes on offer as well, awarding 30x, 100x, and a staggering 1000x your total bet, it really is game on, on this slot. Our fun guitar playing Hombre is the highest value symbol on the reels, followed by his cute little Chihuahua sidekick, then it’s the piping hot Tabasco sauce, with the Tequila making up the last of the high-value symbols. If you can’t stand the heat, get out of the kitchen and spin it to win it with a different kind of heat.

Logo Wild Symbol - substitutes for all symbols except scatters and the Money Symbol.

Sun Scatter Symbol - appears on reels 2, 3, and 4 and 3 trigger 8 Free Spins, can be retriggered with no limit. Only the character symbols are present during the Bonus Game.

When the Money Respin Feature is triggered all visible symbols fade only leaving the triggering Money symbols on the reels. The reel is then completed with additional Money symbols and empty spaces, and 3 Respins are awarded. Additional Money symbols landing during Respins will be held, landing 3 will award a further 3 Respins. The game ends when all Respins have been used, or the reels only contain Money symbols in every position. All values in view will be added together and paid out. If all positions are filled with money symbols the Grande Jackpot will be awarded. Based on a total stake of £1, the Grande Jackpot pays £1000, the Major £100, and the Mini £30.

Did you know Water Buffalos can rise? We didn’t even know they could float…

Ape around four different windows as you spin your way through the jungle!