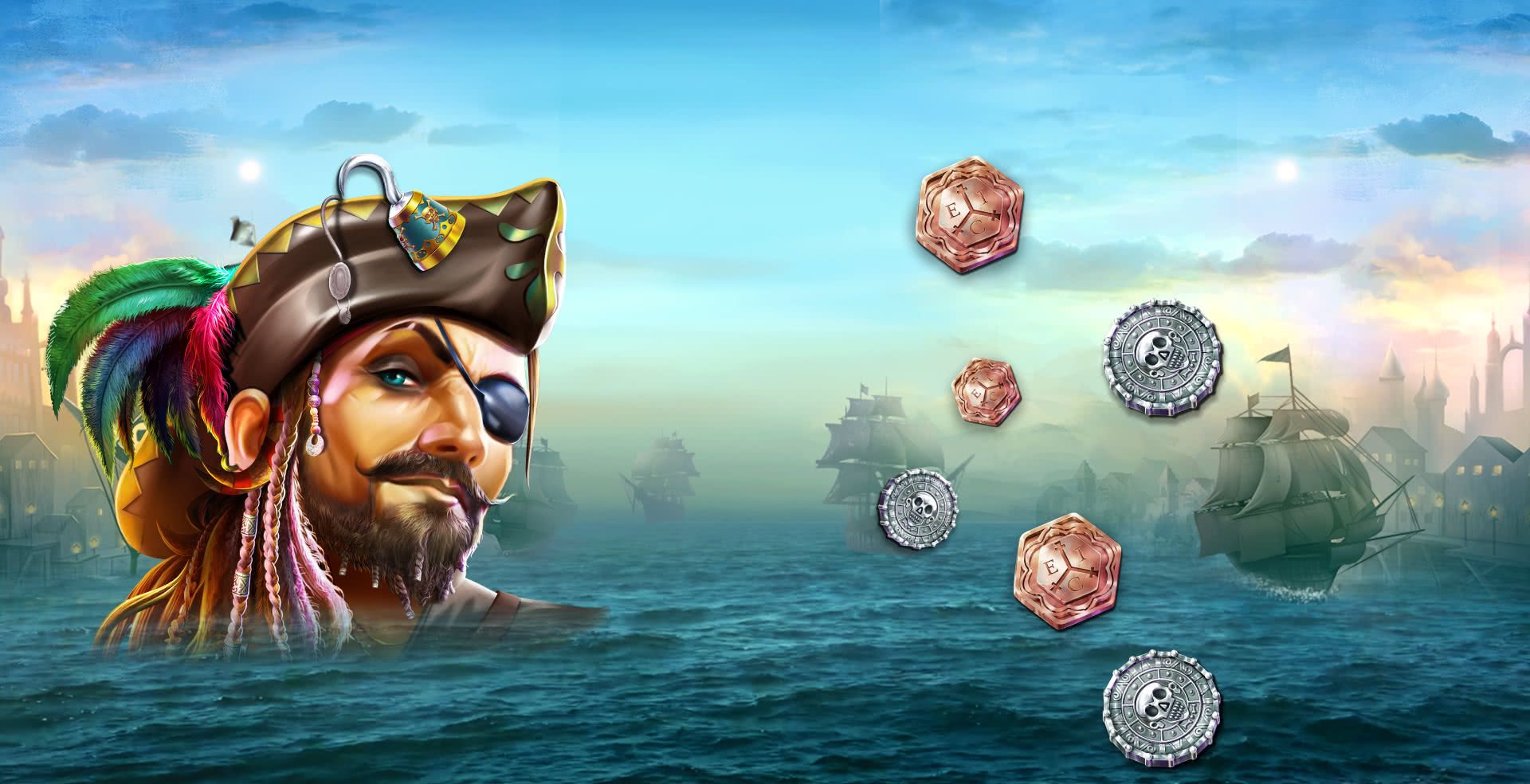 Sailing across the open seas on a formidable ship, you don’t want to mess with these pirates. Instead, take the opportunity provided by this Pragmatic Play slot and join them! Take in the sounds of the water running all around you and the almost ethereal background music playing in the background, and you might also be able to take in some gold. Or, to be more precise, some Pirate Gold!

Were it not for the waves being animated, this picturesque slot could be a watercolour painting, though the cartoon pirates and their maps and hooks might not be a good fit. However, none of that will matter when you see the Grand Jackpot - do you think you can win?

How to play Pirate Gold

On this ship, there are 5 reels and 40 paylines, all typical for slots from this provider. There’s a lot of choice when it comes to making your bets too, as you can put anything from as low as 40p on a spin to £48, depending on how risky you’re feeling!

There are 10 different paying symbols to find, from coins in bronze, silver and gold to the pirates themselves - they could get you £10 from an 80 spin, so perhaps they aren’t as intimidating as they look? The Wild symbol substitutes for all paying symbols, so it’s pretty helpful too. It takes the form of a treasure chest, but it could be you with the treasure once you’ve found a couple of the symbols!

Multiplier symbol - multiplies the round in Lucky Treasure Bag feature

On top of Wild symbols, there are a couple of other symbols to watch out for. First up is the Bonus symbol - 3 of these will get you 10 Free Spins, during which all Pirate symbols on all reels apart from reel 1 turn into Wilds! Should you get another 3 Bonus symbols, you’ll be awarded another 10 Free Spins too, so they’re theoretically limitless!

The second symbol is the Money symbol. It can appear on any reel, and will have a value allocated to it, either from a predetermined set, or from the Minor or Major Jackpots. Should you get 8 or more Money symbols, you’ll be allowed into the Lucky Treasure Bag feature, where you have a minimum of 3 Respins, and all places on the play board are taken up by special symbols or empty spaces.

For big wins, seek out the Multiplier symbol! At the end of the feature, if all 20 positions are filled, you’ll win the Grand Jackpot too - not even Blackbeard was able to achieve this...