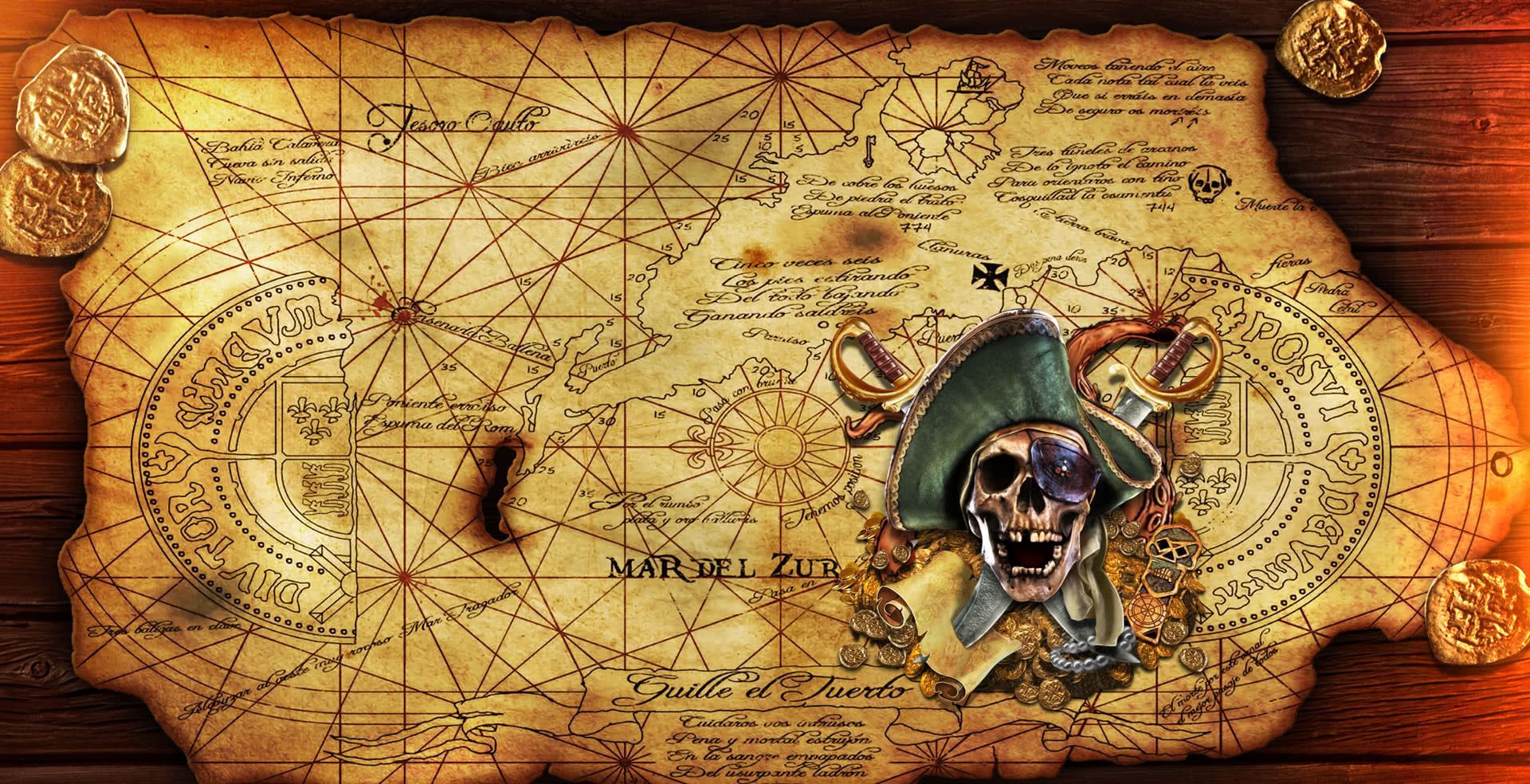 HEY YOU GUYS! This slot from Blueprint Gaming brings the classic 1985 movie to life in slot form. The slot features all your favourite The Goonies characters like Mikey, Mouth, Chunk and even Sloth as they avoid the Fratelli family and search for lost treasure. Just like the gang’s hilarious adventure, the slot is packed with booby traps in the form of multiple bonus rounds and random game modifiers that are designed to help you discover the lost One Eyed Willy’s treasure! Find up to 12 different potential bonus rounds including win multipliers, golden coin wilds, and free spins.

Adventure with the Goonies gang whenever and wherever as The Goonies slot is fully optimised for play on your favourite iOS and Android mobile devices. Play in seamless portrait or landscape mode and enjoy real money mobile slots with lightning fast loading times. 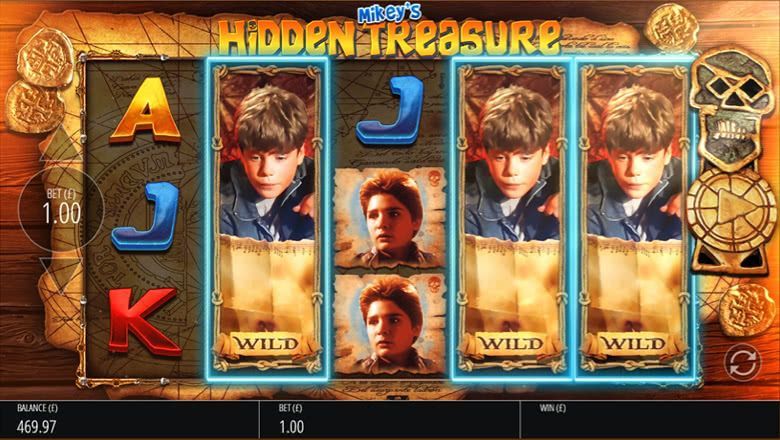 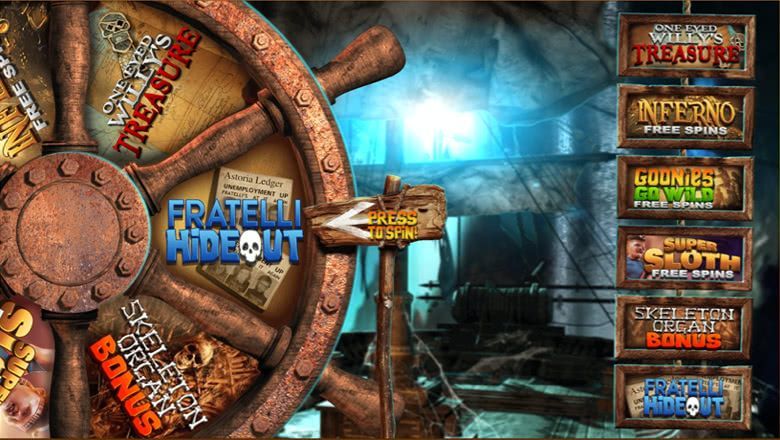 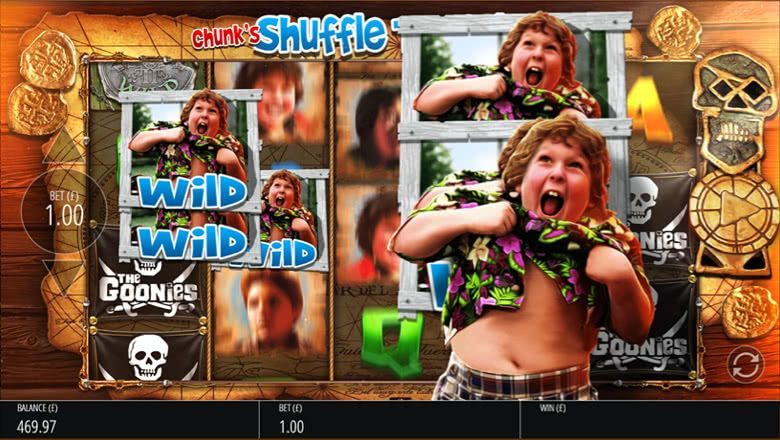 How to play The Goonies

One Eyed Willy's Riches- On any random spin, the skull above the spin button will glow and activate one of the bonus features. There are 6 different features that could activate including:

If 3 or more scatter symbols appear anywhere on the play board you’ll activate the One Eyed Willy’s Bonus feature lets players spin a wheel to play one of 6 bonus rounds. Don’t like the game you land on? Why not gamble your bonus round for a chance to move up the ladder and work your way towards the coveted One Eyed Willy’s Treasure. The potential bonus games are:

Skeleton Organ- Pick keys on the organ to reveal an icon. Each icon will match to a specific multiplier which will add to the total feature win. If you unveil an Upgrade symbol, then all multipliers are increased for the duration of the feature. Watch out for the skull and crossbones symbols as, if you find 3, the feature ends.

Super Sloth Free Spins- You will be transported to a new set of reels filled with the dastardly Fratelli family. On every spin, if a Super Slot symbol appears, then any Fratelli symbols on the reels are transformed into the top paying paytable symbol. At the end of the spins, you have a chance to pick 1 of 3 chests which will either collect your winnings, retrigger the Super Slot Free Spins mode, or instantly unlock the One-Eyed Willy's Treasure bonus feature.

Goonies Go Wild Free Spins- At the start of each spin, one of the top symbols on the reels has the chance to transform into a Wild symbol with more appearing on each spin. At the end of the feature, you can pick from 1 of 2 doubloons for the chance to retrigger the feature or collect your winnings. If the feature is retriggered, you will be awarded 5 free spins with all Goonies symbols being Wild.

Inferno Free Spins- The Inferno will move along the reels with the chance of turning an entire reel into a Wild reel. At the end of the feature, you have the chance to spin the wheel and gain the chance to collect your win or re-trigger the feature.

One-Eyed Willy's Treasure- Multiplier values will be spun with the landed multiplier being added to the total win. This will continue until the booby trap symbol is landed where the final multipliers will be collected and paid.

The Goonies Jackpot King- The Goonies gang is back and One-Eyed Willy isn't the only one with royal hordes of treasure to give out. Play for up to 3 Jackpot King progressive jackpots and be in with the chance of winning the Royal Pot, Regal Pot, or the mega Jackpot King prize on any spin.

The Goonies Return- New tricks and new traps in the Goonies next big adventure featuring all of the iconic characters from the hit film. Unlock all new bonus features including the Booby trap spins, Waterslide to Wealth bonus, and the Final Voyage bonus trail.

Can I activate free spins on The Goonies?

Free spins can be activated by landing 3 or more Scatter symbols on the reels and activating the Super Sloth, Inferno, or Goonies Go Wild free spins bonus features.

what is the maximum win for The Goonies?

The maximum win for The Goonies is £250,000 based on the highest possible bet level.

What is the The Goonies RTP?

Where can I play The Goonies?

You can play The Goonies now on MrQ. Sign up today and play over 900 of the top slots and casino games online.

Does The Goonies include a jackpot?

The Goonies does not contain a jackpot but you can still bag a top prize of 12,500x your total bet straight from One Eyed Willy's treasure trove.

What is The Goonies slot volatility?

The volatility for The Goonies is Medium meaning that the chances of achieving a win on any given spin is fair and the payouts are equally rewarding. 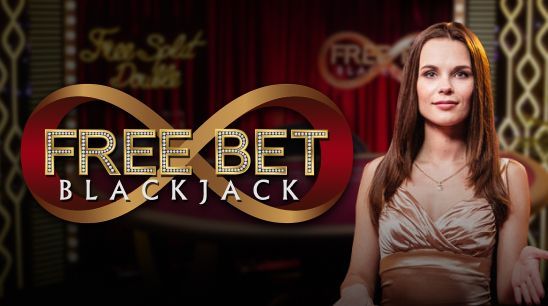 Maximise your Blackjack play and double your bet with up to 2 exciting free bet moves that can activate on any hand.

There’s not just high voltage, but high prizes available in this slot!

Get close to the action at the Blackjack table and pit your wits against the dealer. Activate up to 3 hands and bag real cash prizes on every winning hand.