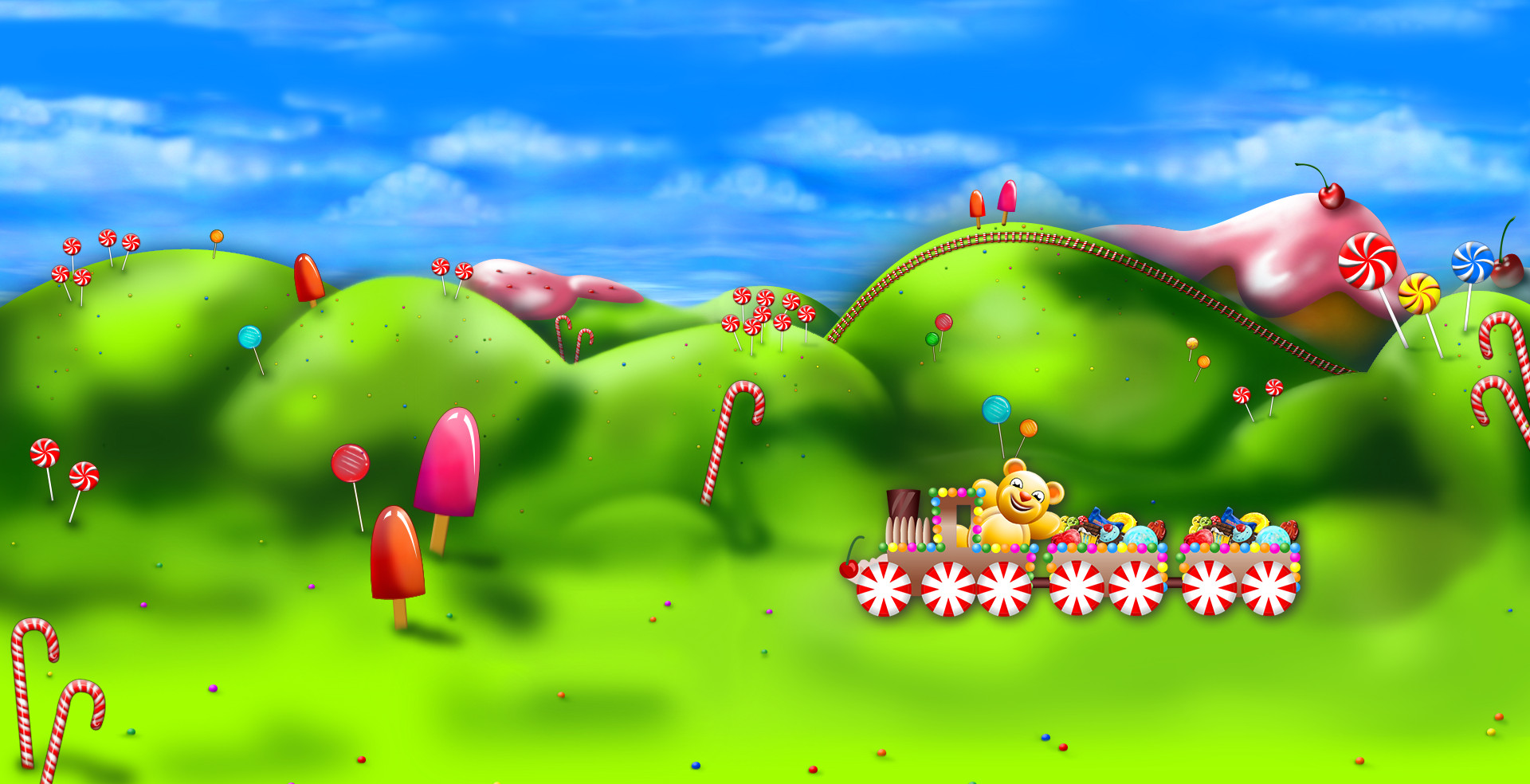 How did Eyceon gaming know this is exactly what we all wanted, a Sugar Train? What is a Sugar Train you might well ask, to whet your appetite we’ll tell you exactly what it is. It is a train, obviously, filled to the brim with a delicious collection of sweets, cakes, lollies, donuts, and gummy bears, to name but a few of the sweet treats in store for you.

The reels are bursting with colour, the graphics so teasingly tantalising you will be drooling before your first spin. The music following line wins is similar to the welcome sounds of an Ice-Cream Van, but not quite the tune we are all familiar with. Very jolly nonetheless. The very friendly bear is a busy little bear. He drives the Sugar Train, acts as the Wild and Scatter symbols, and does it all with a spring his step - and does his happy dance when he helps you on a winning line. All aboard. Toot toot.

How to play Sugar Train

If you can take your eyes off the scrummy selection of sugary treats for a minute, start spinning those reels. The more you spin, the more you see, after all. As well as the expected Wilds and Scatters, Sugar Train has a sweet little Random Bonus Feature. Because, no adventure into a world of sweets would be complete without a Gumball machine. This one just happens to be on the blink a bit, as it is quite random about how and when it delivers you a prize. Yes, you guessed it, it is a Random Bonus. For this part of the journey, you will be stopping off at the fairground to take part in a grab and win machine game.

Mr Gummy Bear, as well as being super friendly, is also the Wild, substituting for all other symbols except the Rainbow Scatter Symbol. Ah, the Rainbow Symbol, it seems that it’s a sweet shop at the end of this one, not a pot of gold. But we like it that way. And the Rainbow will trigger the, aptly named, Rainbow Bonus Feature. This feature is a Prize Pick, where lots of tempting sweets will be put before you and you get to pick your favourite. Oh, and get a decent prize at the same time.

Rainbow symbols landing anywhere on the reels will trigger the Rainbow Bonus feature, in which you’ll pick from an assortment of Sweet symbols to reveal rewards. 3, 4, or 5 symbols will award 2, 3, or 5 picks respectively. Each pick rewards you with multipliers of up to 100X!

The Gumball Bonus is randomly awarded when the red light reaches the top of the wigwag. The Sugar Train below the reels then moves along its tracks, and claws appear above to grab rewards without dropping them. The player will be awarded the prizes the claws manage to hold on to. Multipliers up to 500x can be awarded.