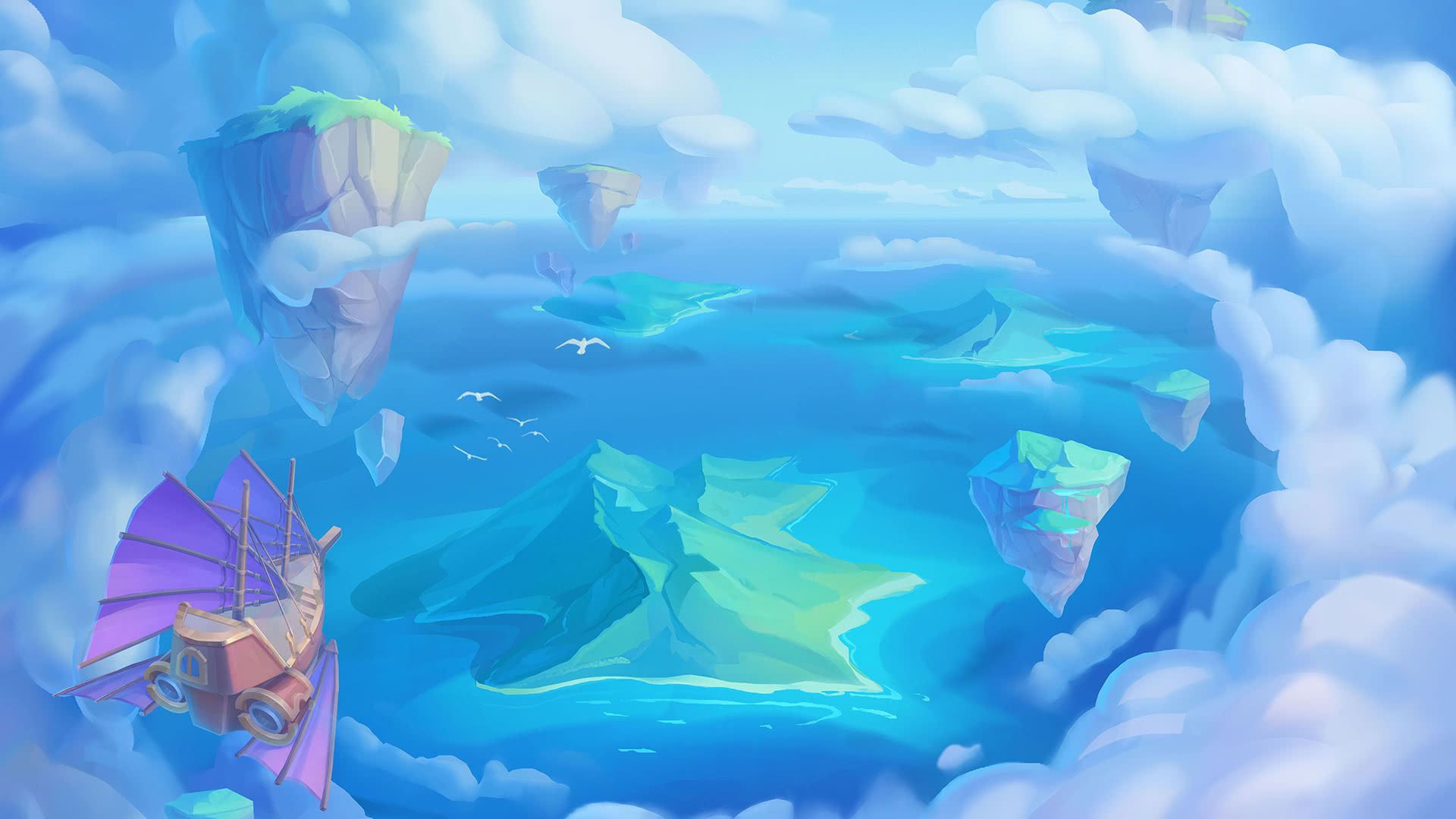 Sail through the clouds with pirate monkeys in Treasure Skyland! This Quickfire slot has a fantastically unique theme, as cartoon monkeys hunt for treasure but trade the seven seas for the seven skies, a sea shanty ringing in your ears as you go along.

There are a whole host of bonus features to get your teeth into alongside our simian friends - just match symbols and see if a payline runs through the Feature Frame - alright, alright, it’s a ship’s wheel, but it can be the difference between getting a big win and not. Swap treasure islands for Treasure Skyland and get stuck into the fun!

Keep an eye open for the Wild symbol - it lands on all reels apart from 1 and 5, and substitutes for all symbols as well as paying out. It’s the joint-most valuable symbol alongside the Treasure Skyland symbol itself, so you’ll rule the skies if you can get some!

The other thing you need to watch out for on the play board is the Feature Frame. Each time you spin, it’ll move around the board and centre on a symbol - if you’re lucky, a winning payline will run through it, which will get you not only the usual pay for a winning combination, but also a chance to have a go at one of the unique features! Just spin that lovely Feature Reel...

There are 5 different bonus features available, but they’re all great fun and can help you win big! First up is the Multiplier feature, where your wins on the triggering paylines will be multiplied x2, x3 or x4. Then there’s the Symbol Upgrade feature, where symbols on the winning paylines are upgraded until the highest possible winning combo is achieved. Similar is the Win Extend feature, where Wild symbols can be added to your winning payline for an extra treat!

If you fancy having all symbols on triggering paylines turn into Wild symbols, you’ll love the Symbols-To-Wild feature. Last, but certainly not least, is the Pick Bonus feature. You’ll get 5 picks and 15 items, with each item awarding you a prize when you pick it. The Prize Map has a total of 15 steps, and the last 7 steps will award you additional cash prizes too - after each pick, the indicator on the Map moves a step closer to the final prize. Your Pick Bonus win will be calculated by multiplying the total bet by the Multiplier, so you won’t have to worry about coming back down to Earth with a bump!