Social media is a great place for self-expression, and whether sharing less than insightful shower thoughts or giving unwarranted political opinions, celebrities just can’t get enough.

Whether you view swearing as just another form of self-expression or a vulgar use of language, it certainly can provoke a reaction, but who are our sweariest celebs?

We took a look at the most recent 3000 Tweets of some of the most famous names to find out just how much our favourite celebrities drop the F-bomb or any other bombs from A-Z for that matter.

Looking at a whole host of colourful language, we found that some celebrities expressed themselves through expletives more than others, with our top ten covering everyone from rappers to Real Housewives. However, our number one spot for the celebrity with the worst potty mouth is actor, comedian and online casino buff, Kevin Hart whose tweets have featured a whopping 954 swear words. 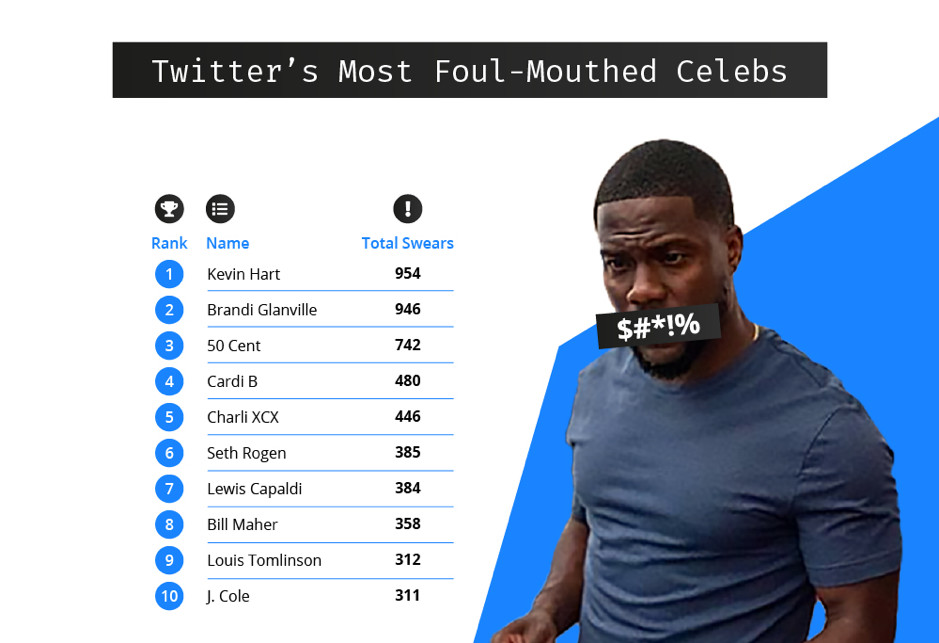 When it comes to the words our sweary celebs are using the most on Twitter, the top ten reads like the cubicle walls of a pub toilet. When we look at the most popular swear word, we can also see that Kevin Hart accounts for 441 of those instances, with Brandi Glanville following close behind with 407 F-bombs. 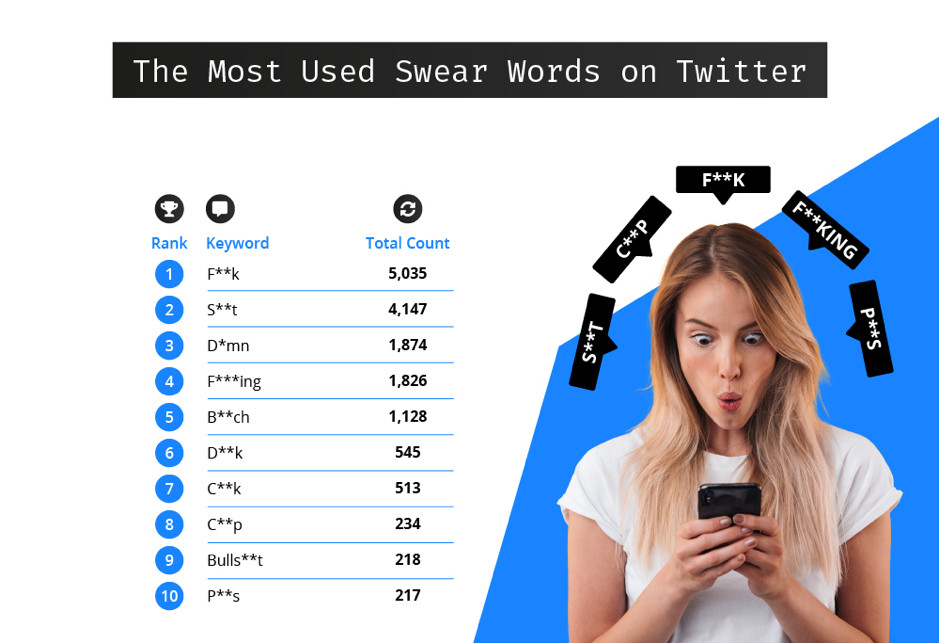 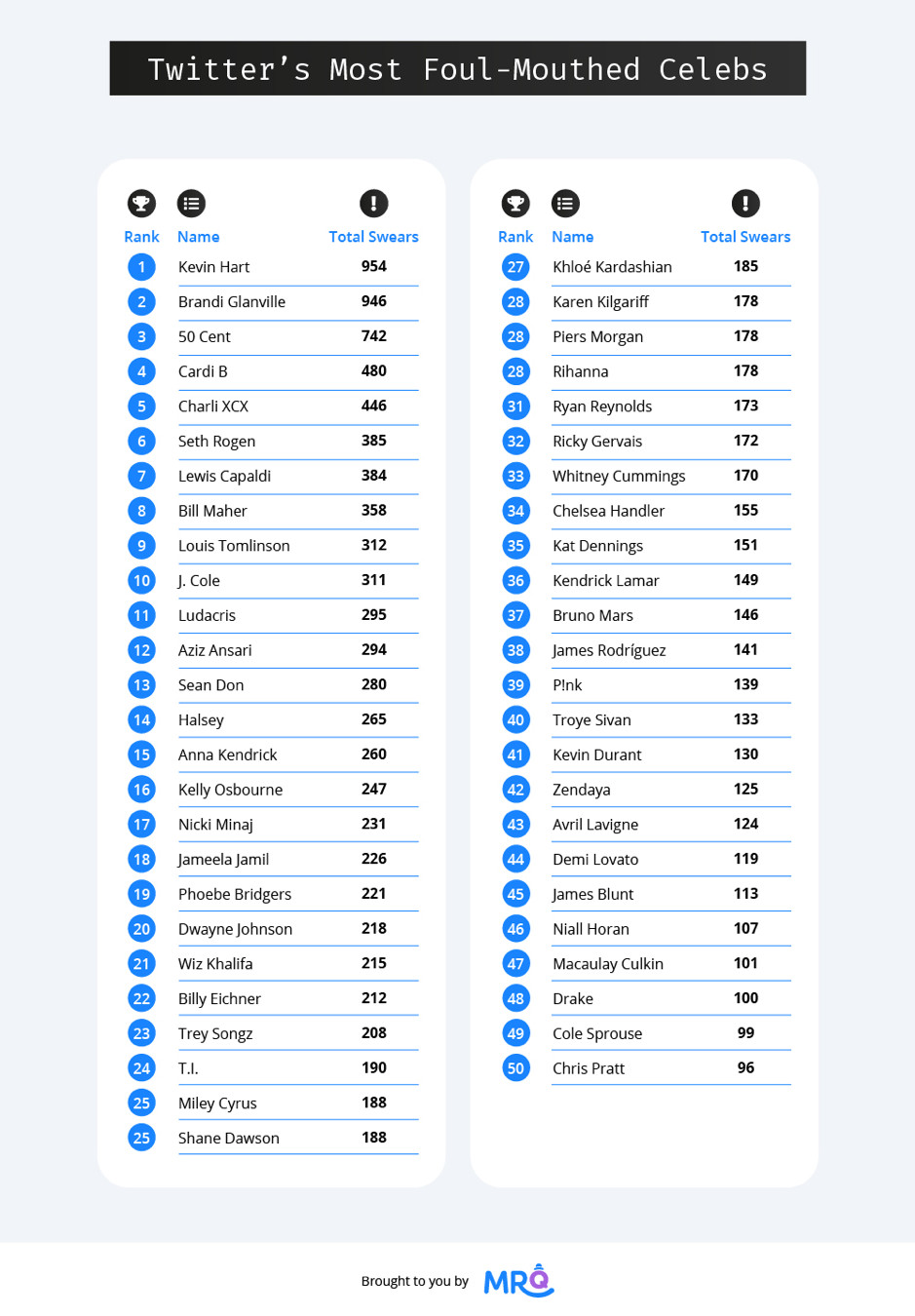 We took a list of 246 celebrities, including the most followed accounts on Twitter, as well as celebrities known for swearing.

We then collated up to 3,200 of the most recent Tweets for each of these accounts before searching for a total of 63 swear words and variants. This then gave us a total for each word and celebrity, so we could give a final ranking.

The Best Cities for Sociable Students
A look at which university destinations are the best from a social perspective, looking at value for money, nightlife and fast food!

Gaming Influencers Making Money
A deep-dive into the world of gaming influencers and how much they are earning.