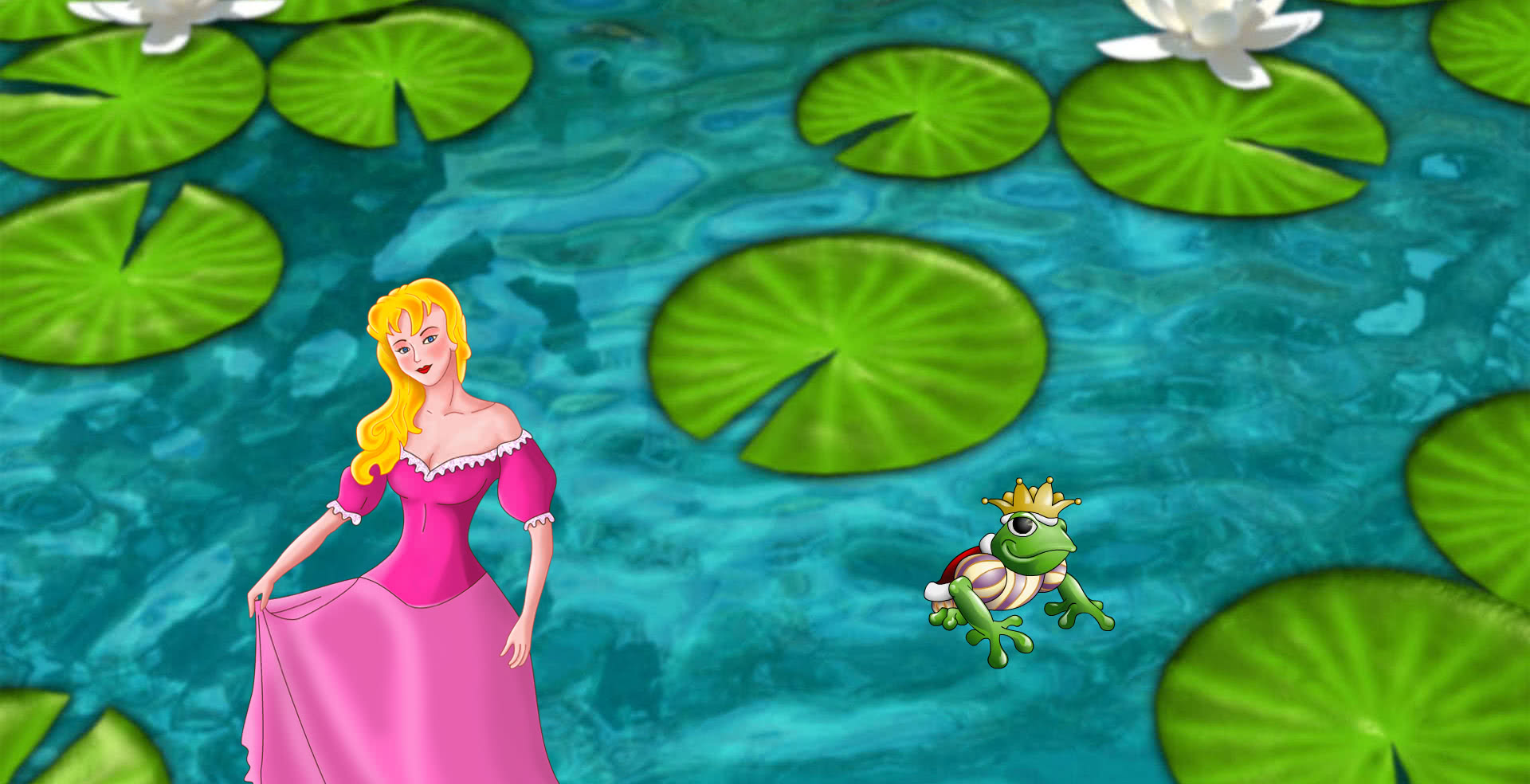 Enchanted Prince is the classic children’s story of The Frog Prince brought to life in slot form! It features a storybook art style and a cast of familiar fairytale character symbols including a princess, a castle and even a heart shaped ruby. This enchanting slot from Eyecon offers players 25 pay lines and a free game bonus feature that gives the ugly frog a chance at being a handsome prince once again, whilst rewarding players with up to 25 free spins.

Enchanted Prince has 25 pay lines and 5 reels. As you’d expect, the frog and the princess are the highest value symbols on the board (they’re the stars after all!) but the crown symbol is just as important. The crown symbol substitutes for all symbols except the frog, but also doubles the prize when the symbol appears in a line win!

The game’s crown symbol substitutes all symbols except the frog, just like your standard wild. However, this crown is not your average wild symbol though, as any prize won from a line that includes the crown symbol is doubled!

To start a round of bonus free games you need at least 3 of the frog symbol to appear anywhere on the reels. 3 frogs trigger 15 free spins, 4 frogs trigger 20 and 5 frogs triggers 25.

The free spins are played using the same pay lines and wager as the spin that triggered them. You can re-trigger the bonus during these free spins, but this can only be done a maximum of 15 times.

Join the warrior fairies on their magical quest.

Can you make it to the end of to rainbow and win your pot o’ gold?

Look no further for a game that makes your winnings go boom.