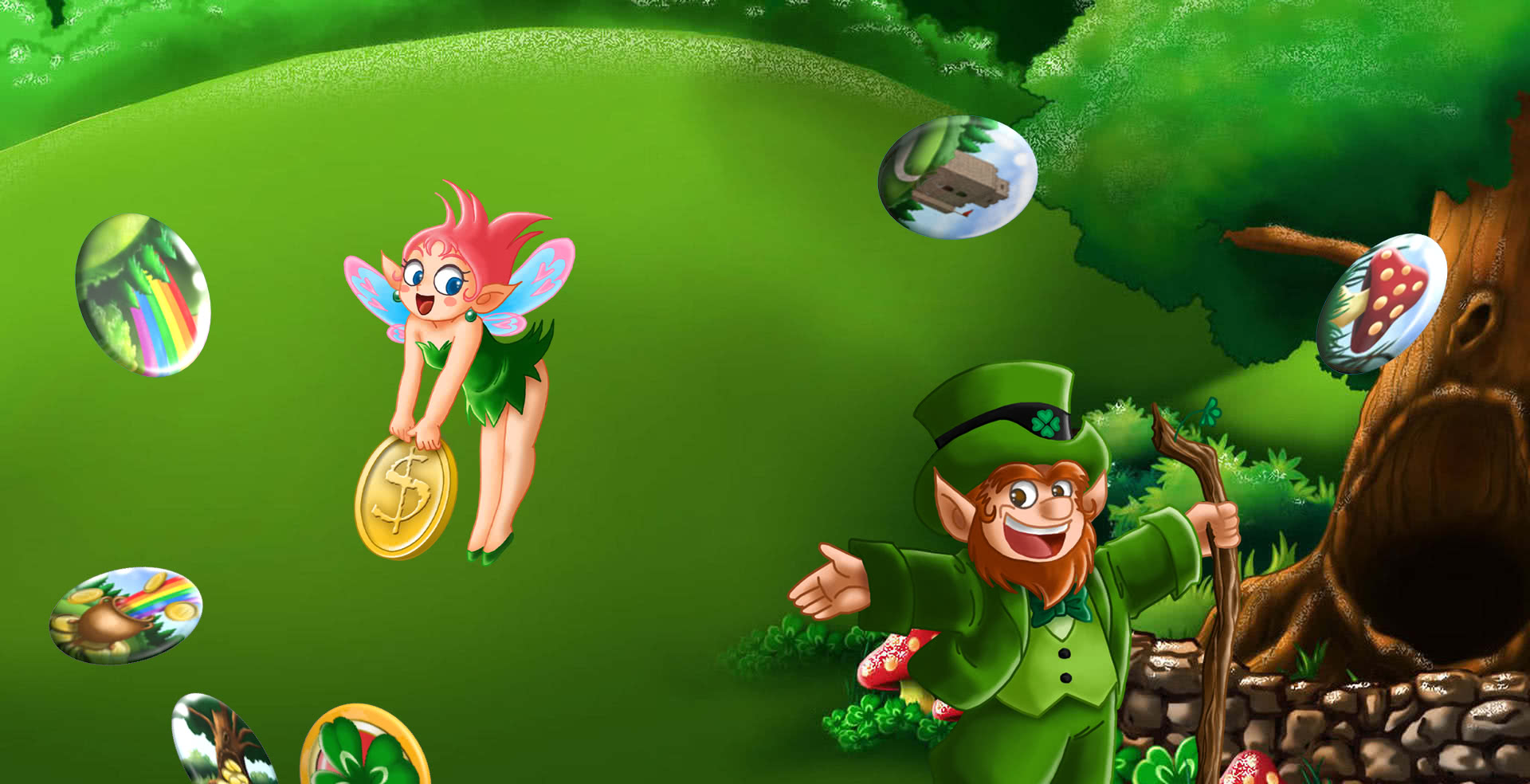 If you’re a fan of everything that Ireland has to offer, then you’re going to adore Irish Luck. This slot features all the best of Irish mythology in its pay table symbols, from leprechauns and fairies to castles and Guinness. Set in the heart of Ireland, you’re surrounded by beautiful rural vibes, a bright rainbow and of course – a pot of gold.

Unsurprisingly, Irish Luck is stuffed with plenty of bonus features to help you on your way to the jackpot, but we’ll get more into those later. Irish Luck is one of the most popular slots in the Eyecon library and we’re sure you’re going to enjoy it too.

Irish Luck is a classic video slot, with 5 reels, 25 paylines and a fancy pair of scatter features there’s nothing too complex here.

Whether you believe in luck or not, in this game the four leaf clover is the luckiest symbol of them all. Not only is it a wild that substitutes all other symbols on a pay line but it also doubles the winnings too!

One of the best things about Irish Luck is the one-of-a-kind bonus features it offers. For instance, if the letters I-R-I-S-H appear from left to right on one reel, a maximum prize of 3,000 coins is awarded. You’ll also win smaller prizes for shorter letter combos.

The four-leaf clover symbol can replace all pay table symbols except the leprechaun and fairy. You’ll only find it on reels two and four but, if you land one, all winnings are doubled!

The scatter symbol is the lucky leprechaun. If you land three or more, you’re granted a pick which’ll reveal either a fairy or another leprechaun. Fairies reward up to 100x the wager while leprechauns grant 10 free spins where all prizes are doubled in value.

Last, but certainly not least, is the unique Match & Win bonus. When three or more fairy symbols appear, your screen will be covered in clover leaves. Match two of these and you’ll win the value of the matching pair multiplied by the original wager.

Are you ready to walk with the dinosaurs?

Take a trip back to the Middle Ages and live like royalty.