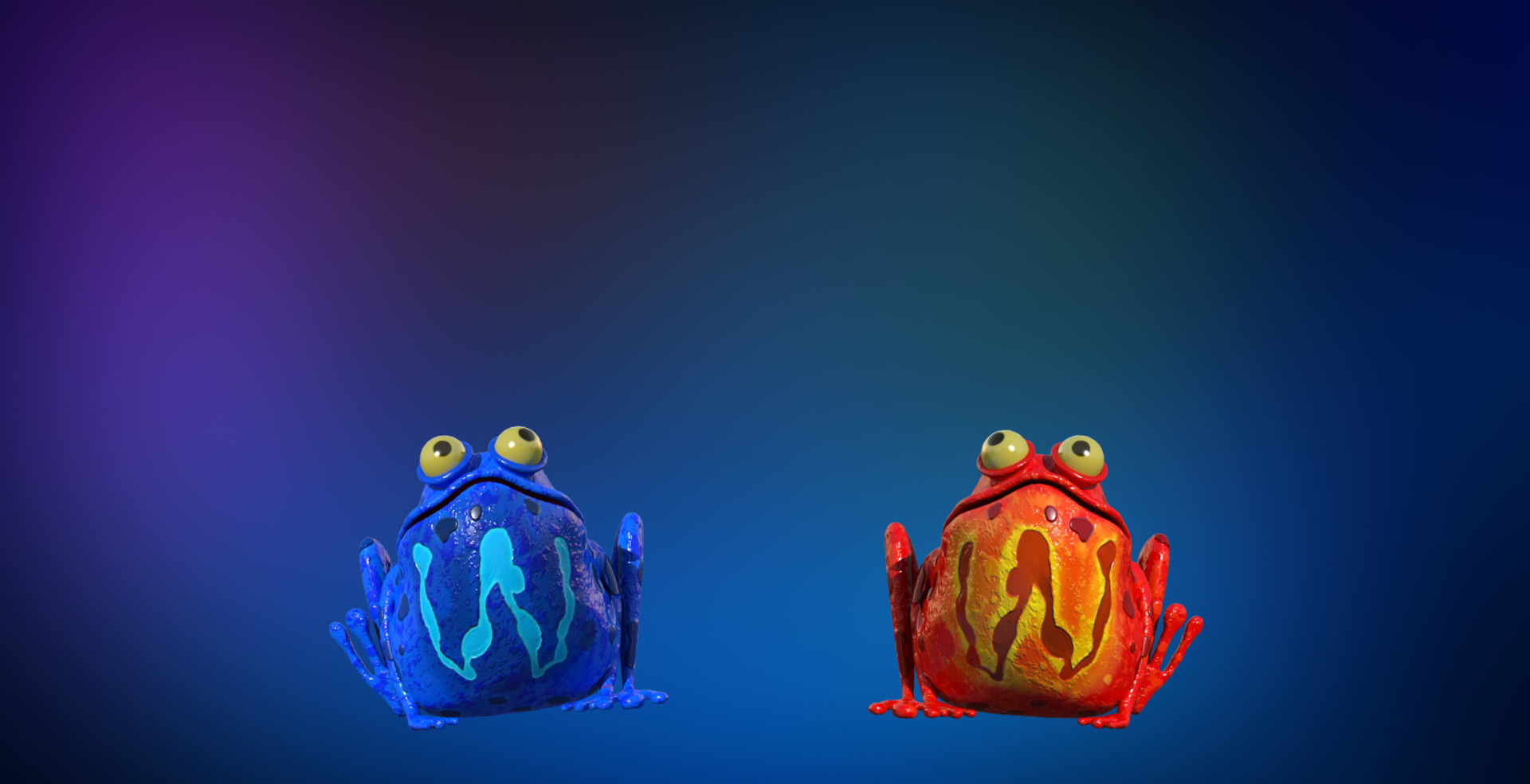 Legend has it that if you lick a frog, very strange things will happen to you. Luckily you don’t have to lick any frogs in this mystical slot game. The setting resembles a scene from Rapunzel – let’s just hope the witch isn’t going to come in and kick the end of your hair out of the door.

The enchanting music adds to the suspenseful atmosphere and you can only imagine what kind of spells and potions are locked up in the glowing jars. Especially the charmed flower – a love spell, perhaps?

Frog Grog doesn’t feature a bonus game. Instead, you’re treated to a mystery game which can occur randomly, but more on that later. As with most modern fairy tales, you might get a happy ending with an RTP (Return to Player) probability of 96.1%. That’s a lot of magic beans.

Do you believe in magic? You should do, because with Frog Grog, magic flys with every play. Don’t feel disheartened with no bonus game, there are plenty of other prize winning bonus features to be had. 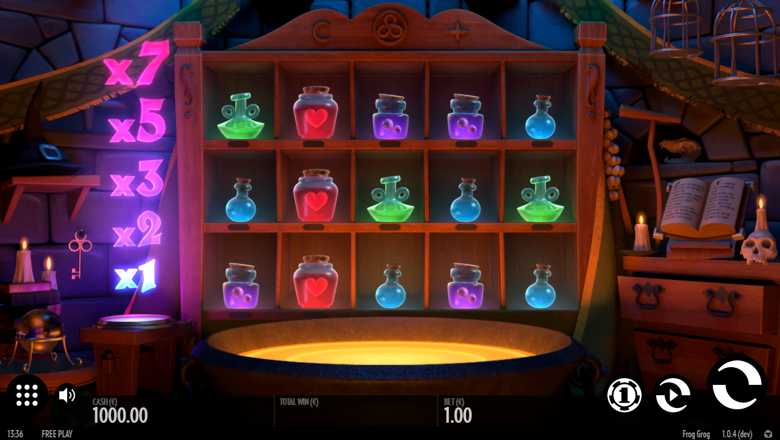 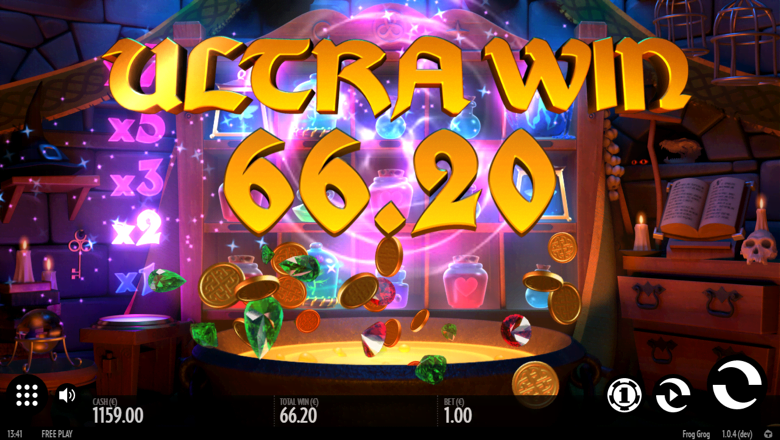 Frog Grog uses a 3x5 play board in the form of a potions cabinet/shelving unit. You’ll probably find it in IKEA, called skåp. To win, all you have to do is match three or more of the seven pay table symbols on adjacent reels in any of the 23 winning payline combinations.

Frog Grog is special thanks to its dropping symbols feature. This means that if there are empty spaces, new pay table symbols will drop and replace them, giving you another chance to make big bucks.

Another perk of Frog Grog is the pay multiplier. Whatever you win is multiplied by the number that is active when the winning combination appears. The multiplier rises every time new symbols are dropped in, until you run out of luck.

You might be wondering where the frogs are in this game? Well, the wild frog feature is great little bonus to help you get those dropping symbols falling. When a wild frog lands it will act as a usual wild symbol and replace any other symbol. Then, the frog will burp, removing all symbols on the same reel and row as the wild frog.

The mystery game is triggered randomly when no new dropping symbols can occur. During the mystery game, all symbols except for the enchanted flower, butterfly or frog are removed. The removed symbols give scatter wins according to the pay table up to a symbol count of five.

Not only that, after the mystical mystery game has ended, the multiplier increases again. One step for each scatter symbol that was collected during the mystery game. Your payout win can be multiplied by up to seven!

Visit the hills of Tokis and have fun with the quirky expanding wild feature.