Inspired by the land based casino scene, Ruby Play make innovative games with a focus on classic mechanics. If you're into jackpot thrills or high volatility action, then you have come to the right place. You'll find Ruby Play's popular slots right here at MrQ - check them out below.

Founded in 2017, Ruby Play was born with one philosophy; when you do what you love, you’ll never work a day in your life. This mentality sets the studio as one that priortises fun above all else and this is reflected in their library of 60+ striking slot games.

In 2021, Ruby Play lit the fires and powered up the engine with the release of the Grand Express Action Class slot. Set in a swanky first-class train and featuring a special First-Class bonus feature that activates on every 10 spins, the slot became a major hit for the studio. Ruby Play quickly followed up on the success of the original with the release of the Grand Express Diamond Class later that year which added an additional bonus respins game with up to 3 jackpot prizes up for grabs.

High-octane train adventures aren’t all that make Ruby Play the precious gem of the slots market as they house an extensive range of slots with varying themes and art styles. Whether you’re looking for an adventure among the gods of Olympus, want to be the guest of honour to an awesome fairytale party, or feel like unleashing your inner treasure-hunter in ancient Egyptian ruins; Ruby Play have a slot that’s sure to catch your eye.

Make any day a Ruby Play day as all of the games from the studio are fully compatible on iOS and Android devices.

Ruby Play has optimised their games for on the go gaming so you can set bets, enjoy bonuses and view the payable with ease on a portable device.

Looking to get started on your Ruby Play slots journey? Here are some of the highlights from the studio to get you started.

All aboard for a diamond studded adventure on the Grand Express. Spin the reels and fill them with glistening frames on any space containing a Wild. On every 10th spin, all of the shining frames will transform into either a Wild or a Prize Vault symbol containing a cash value. If 6 or more Prize symbols appear on the reels, then the special Express Respins bonus game is unlocked and 3 free respins are awarded. Fill the reels with Prize symbols and be in with the chance of winning 1 of 3 high-class jackpots including a Mega jackpot of 1,400x your total bet. Not bad for a trip on the train!

Pack your lucky clover and soar over the rainbow in search of bundles of dazzling gold. This slot features floating Wilds that will slowly rise from the bottom to the top of the reels before landing on the reels to create wins. If a Wild has a value attached, then the amount is paid on a line win alongside the value of the win. If the Wild lands on an Activator symbol, then all surrounding symbols are transformed into lucky clover Wilds. These clovers take on new life in the bonus game as each Wild that appears could include a cash value, win multiplier, or even more free spins to give you the luck o’ the Irish.

Alice and the Mad Respin Party

#slay in this totes awesome slot party featuring Alice and all of the Wonderland crew. The Cheshire Aat is up to his usual mischief and will overlay symbols with floating Wilds that substitute for any paytable symbol or Super Wilds that will substitute for a special clock bonus symbol. Landing a Wild overlay on an activator Wild symbol will transform all surrounding symbols into Wilds to create purr-fect wins. Landing 6 or more Clock symbols will activate the Mad Respins feature where filling the board with Clock symbols can unlock up to 200x your total bet in glorious prizes.

You can find the RTP for any slot on the game’s paytable. Here are a few examples of RTPs for some of Ruby Play’s top slots.

All of the slots available from Ruby Play on MrQ are real money slots where winnings can be withdrawn for real cash.

What Ruby Play slot has the highest RTP?

The Ruby Play slot with the highest RTP is Grand Express Action Class with an RTP of 96.94%. For every £10 bet, the average return to player is £9.69 based on long periods of play.

Can I play Ruby Play slots on mobile?

All of the games from Ruby Play are fully compatible on all mobile devices meaning you can access an extensive range of the studio’s top slots at the touch of a button.

What Ruby Play slot has the highest jackpot?

The Ruby Play slot with the highest jackpot is Zeus Rush Fever with a maximum jackpot of 8,600x your total bet.

Where can I play Ruby Play slots online?

You can play all of the best slots from Ruby Play right now on MrQ. Sign up today and play over 900 real money slots and casino games. 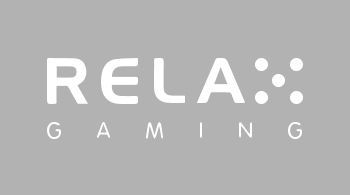 Relax has your entertainment covered with their portfolio of award winning slots. From space mining adventures, to thousands of Megaways, check out their latest games at MrQ. 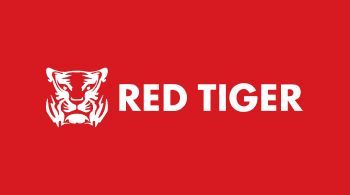 Red Tiger slots offer a range of roar-some games to sink your teeth into. Take a spin on games like Gonzo's Quest Megaways, Reel King Mega and Rainbow Jackpots. 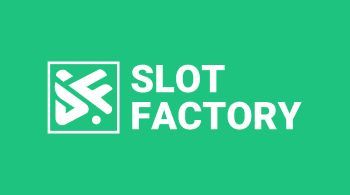