Have you ever been through the desert on a horse with no name? If you have, you might have come across Thunderkick’s titillating Turning Totems®.

The warm tones of the desert definitely put you in the right mindset of strolling the vast sandy wasteland, with the sun beating down on your face.

Unlike most lost in the desert, you’re joined by the Rain Chief. Help him make it rain by spinning the totems and landing a thunder snake. Can you awaken the sleeping wild feature and turn your reel into a thunder reel? Trigger three or more thunder reels and be granted a bonus game with five free spins!

There are lots of ways to win big with Turning Totems®. With two way wins you can land any of the eleven fixed paylines winning combinations from left to right. Unlike regular slot games, Turning Totems® spins left and right, instead of up and down, which is a nice twist to the game – pun intended.

If Turning Totems® doesn’t not seem like your kind of thing to start of with, keep at it and you’ll soon grow to love winnings rolling in. Just make sure you don the rain dance correctly, or else you’ll need your armbands. 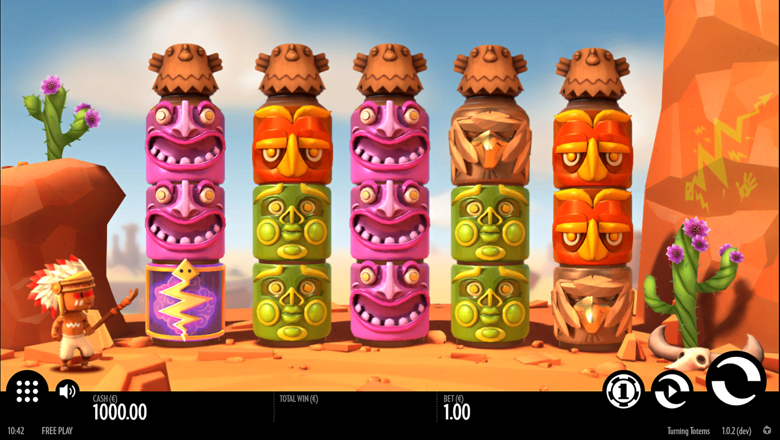 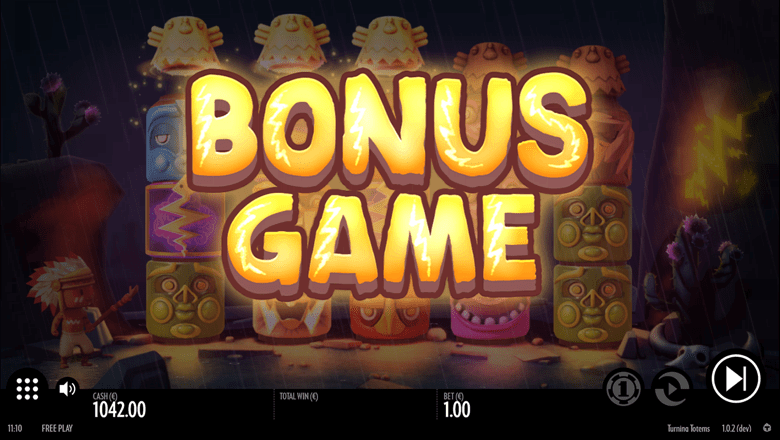 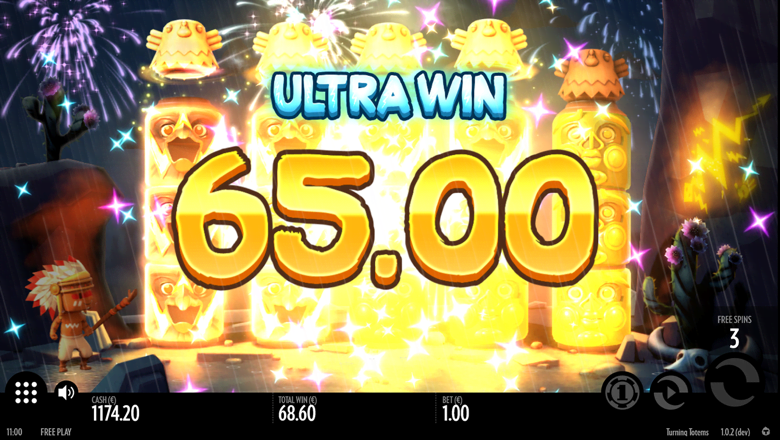 Turning Totems® is played on a 3x5 play board, with five spinning reels, and 11 fixed paylines. To win, simply land any of the seven paytable symbols in the matching paylines.

Unlike many online slot games, everybody’s favourite wild symbol is worth money, as well as triggering bonus games – but we’ll talk more about that later.

Compared to other Thunderkick slots, 11 paylines might not seem like a lot. However, that doesn’t mean there are fewer chances of winning big with Turning Totems®.

If you’re lucky enough to land the powerful thunder snake symbol, the whole reel becomes a thunder reel, waking any of the sleeping wilds. A thunder reel activation gives you an automatic respin, and that’s not all.

If three or more of the jaw-droppingly awesome thunder reels are active, a bonus game is triggered and you get five extra free spins.

Don’t be put off but the striking faces of the ancient totems, or the screaming owl on the awoken wild symbol. They’re your friends and want to see you win big which is probably why the pink one has a huge grin! 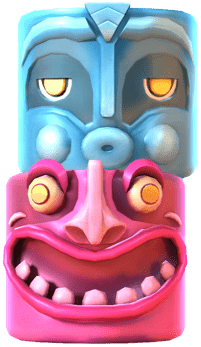 Welcome to the greatest show in town where you can win two ways.

A river of crystals awaits for you with three energy-filled bonus games.

Ever wondered what lies beneath the Uncharted Seas? It’s time to find out.