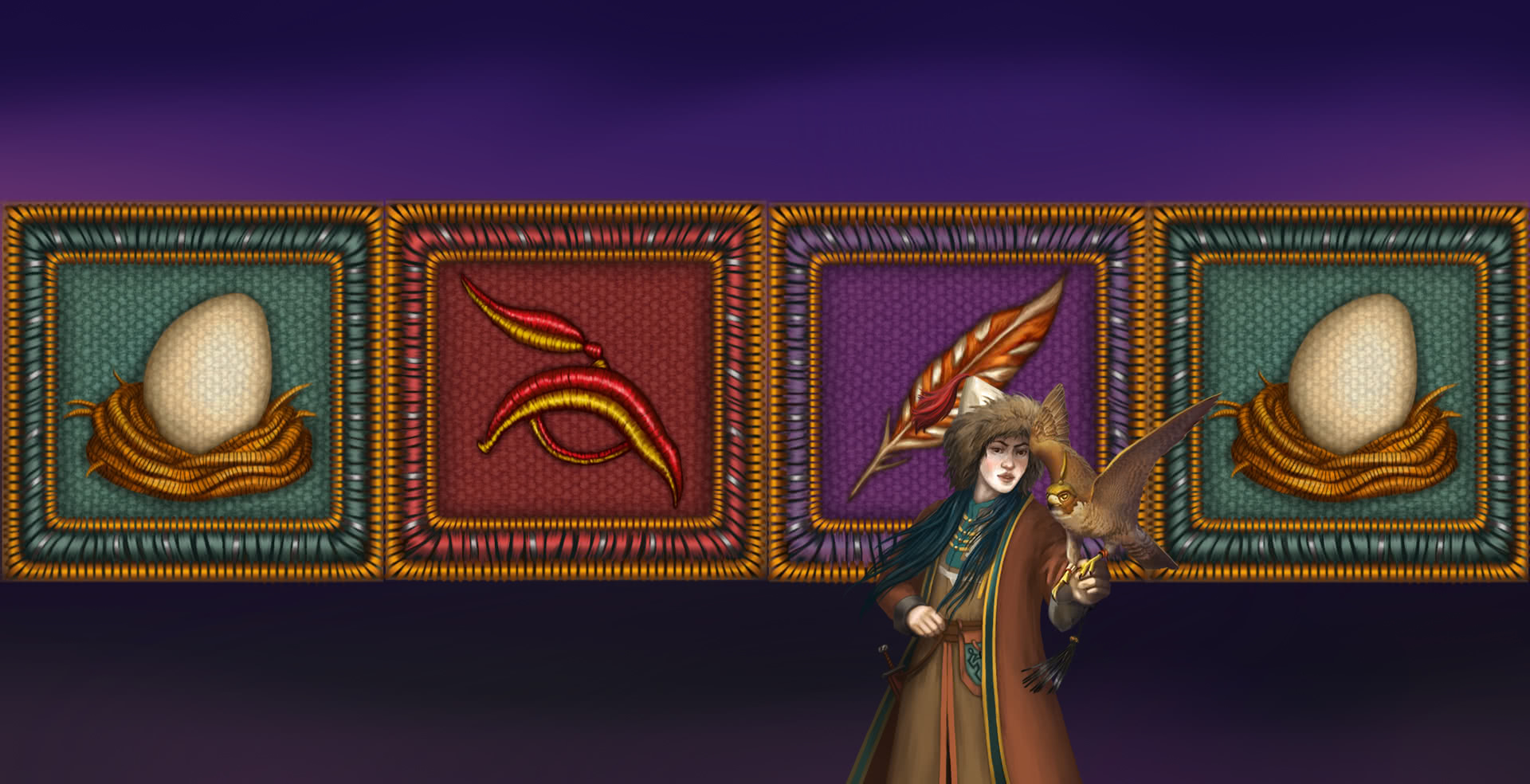 They might be formidable creatures, but will they be any match for The Falcon Huntress? This Thunderkick slot has a Native American theme, focusing on the battle between falcon and huntress as a mesmerising tune rings out, blowing in the wind.

The play board depicts a fabric building and looks pretty realistic, adding to the fascinating theme we’ve got here. There are Expanding Wins too, and Free Spins - help the huntress catch the falcon and she might be able to help you out in return... 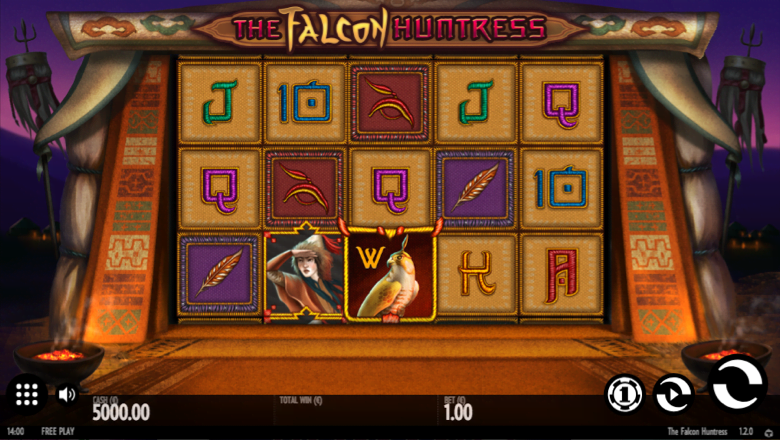 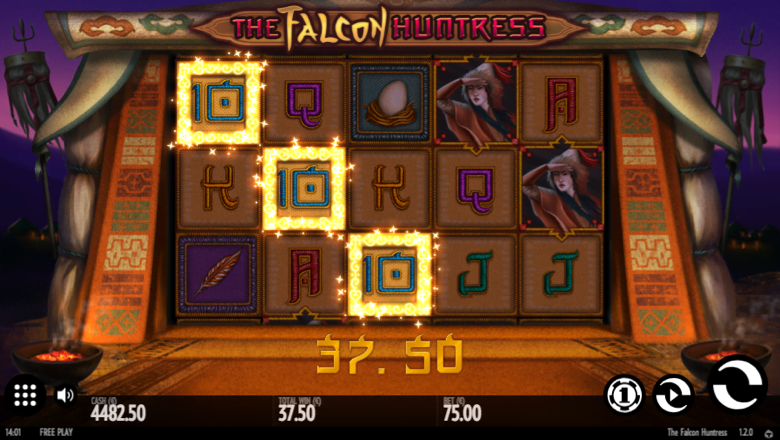 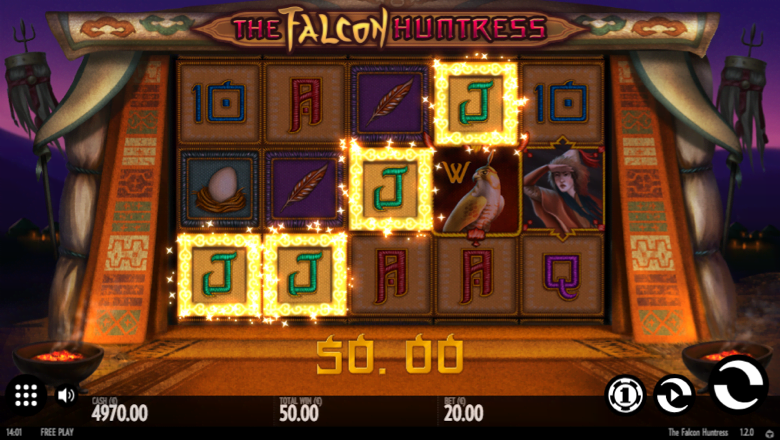 Make no mistake, we’ve got some big-paying symbols here so you’ll want to hunt them down! Even the lowest-value symbols can get you £10 from a £1 spin, while the Huntress could get you a huge £500 - maybe if you help her out, she’ll give you something back in return? The Wild symbol pays out too, as well as substituting for all other symbols, and it’s the second-most valuable of the lot.

There are just 9 paylines however, so it seems to be a case of getting larger wins less frequently than winning little and often, though with the Expanding Win feature you can get some better wins. It can be activated on any winning spin - all winning symbols will expand individually, and you might be able to fit into more paylines as a result!

When the falcon starts flying, you can match it with spins. Just keep a look out for the Wild symbol - it doubles as a Scatter symbol here, so getting 3 or more will trigger Free Spins. You’ll get 10 to begin with, and they’ll be played with the same bet as the spin which triggered the Bonus Game.

Expanding Wins also make their appearance here, with every win expanding according to the same rules in the base game, so you can stock up on winnings before returning to normality. Maybe this is where you can finally team up with the huntress and tackle the falcon for good - why not try it out and see how you get on? 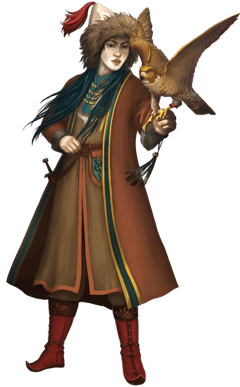 It’s time to help Børk on his quest to save his love from the evil magician.

Grab a warm jacket and join the ice-cold adventure.