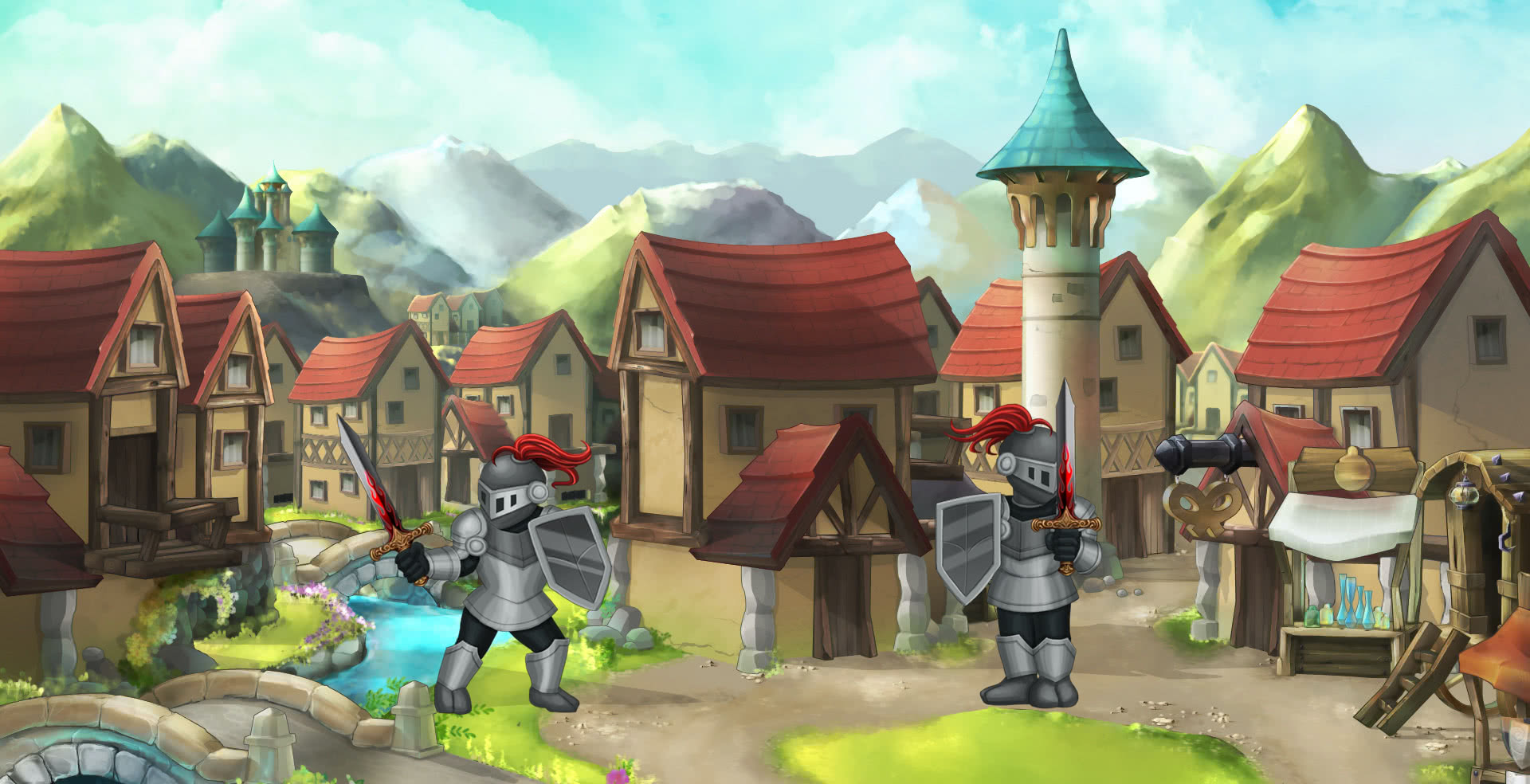 With all the thrills of online slots games plus the additional adrenaline rush of mortal combat – Kingdom of Cash is one of the most exciting games available from Eyecon!

Battle your way through this medieval themed game, with symbols including the classic princess and heroic knight. Keep an eye out for the knight, who can score mega points, or be prepared to play the bonus features.

One of these bonus features includes the princess. If she appears enough times in the reels, then you could be in for free spins! Looking for something more exciting to get the blood pumping? Three kings or more will set off the combat bonus, which allows you to, quite literally, pick your battles.

Will you brave the kingdom?

Set your paylines and maximum bet, then choose automatic spins up to 100 if you wish. Click Spin, and if you land any of the 25 paylines, you'll win a prize!

Pay table symbols (from least to most valuable):

There are only two bonus symbols including the wide-eyed princess wild who replaces all pay table symbols except for the King. What's even better is that all winnings are doubled when the princess appears in a win.

The princess isn't just a one-trick pony however, she also awards free spins when appearing three, four or five times. These trigger 15, 20 or 25 games respectively. During free spins, prizes are tripled – yes you read that correctly. That's three times the winnings.

One of the reasons we love Kingdom of Cash is because of the super unique Combat Bonus. When three or more king symbols appear, the combat feature lets players pick a fight. If they win, they can play a new opponent up to four times, or if they lose, the feature finishes. This bonus can award up to 100 times your original bet.

There's a reason you can't spell cute without 'cat'.

The question is, are you ready to explore?