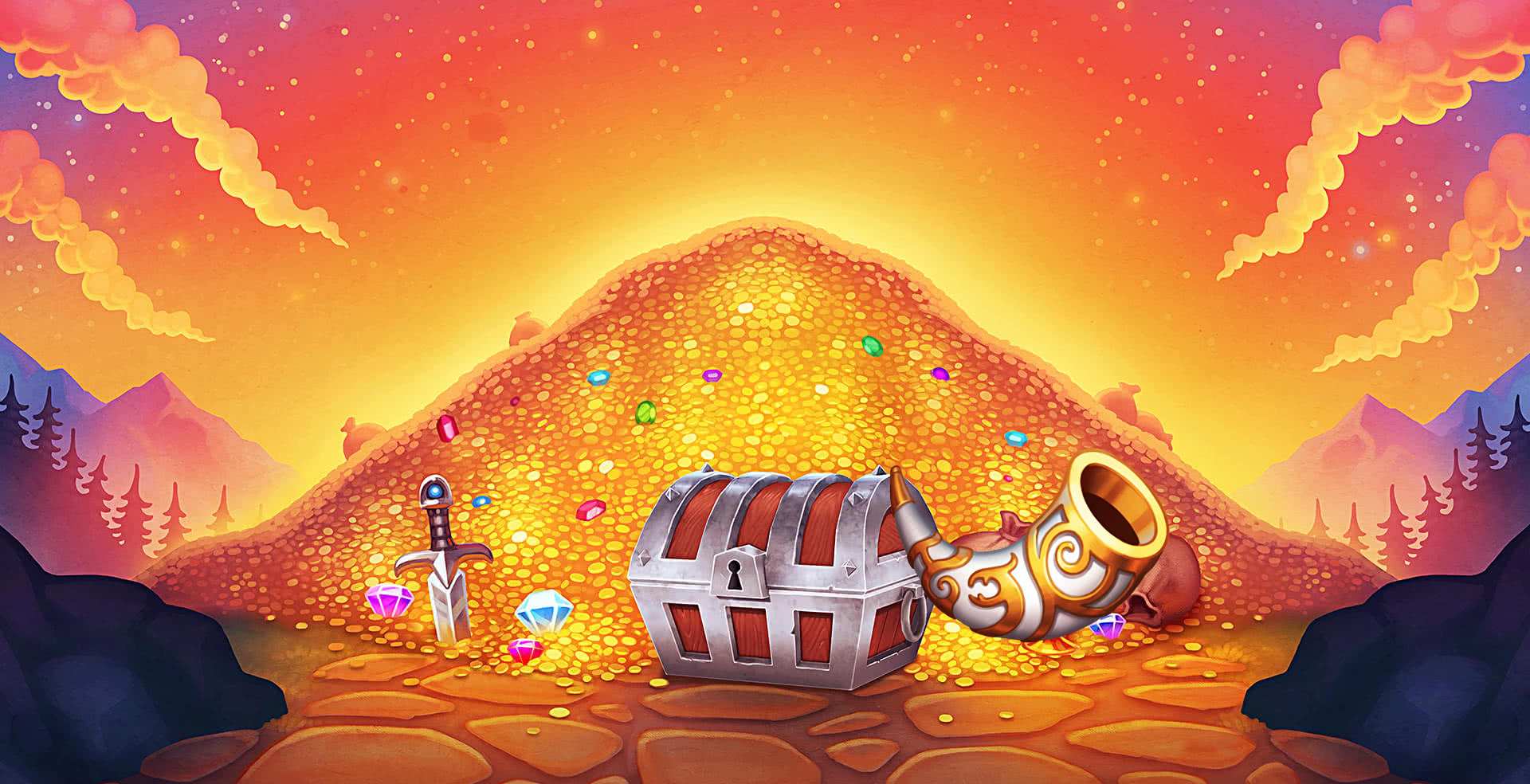 Many moons ago a dark power corrupted the elves of West Mak’ur, bending them to the whims of the evil dragon Sirius, thus emerged a new foul beast, the Makurian Orc. Dragon Horn is a wonderful world of fantasy with a Medieval style themed background, and fantastical characters of all shapes and sizes. The land of Orcs, Queens, knights, Dwarves and dragons, every gamer’s dream scenario.

The music is bold and regal in style, with a unique and attractive art style creating an exciting and highly visual game. How did Thunderkick do this? Well, they have jam-packed the reels with all sorts of power-packed animations. The background music is only interrupted to add even more of a thrilling atmosphere with a plethora of original sounds to accompany each individual activity on the reels. If a Wild changes, you know about it, when the Mystery Symbol is transformed, you know about it. The entire game is one big, colourful explosion of sights and sounds. Guaranteed to get your heart racing as you reel in those big prizes. 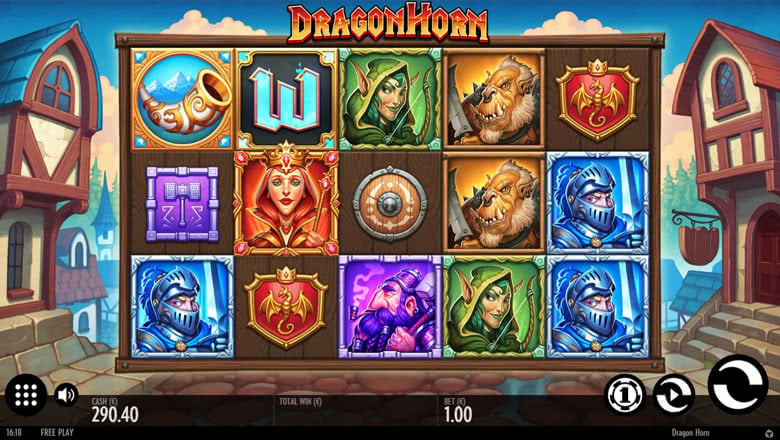 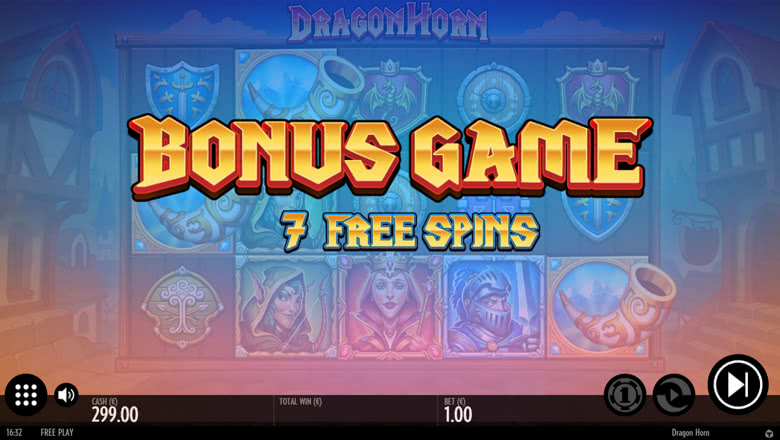 When you have finished drooling over the start screen you may begin. It’s all going on in the Bonus game on Dragon Horn. You have Mystery Wilds transforming, a Dragon Horn Meter, a trail where you advance your way along the bonus levels, and Wilds galore.

This is a game of Dragons, no dungeons, just Dragons and a band of misfits. Therefore, the Dragon is the highest paying symbol on line wins, closely followed by the wickedly wonderful Queen. Each character has their own shield, an important accessory as you travel along the Mystery Trail collecting them in order to improve your chances of multiplying your winnings.

3 or more scatter symbols landing anywhere on the reels will trigger the bonus game. This will award 7 Free Spins to start with. Along the way the player will collect scatter symbols to advance in the game and win more Free Spins. A Dragon Horn meter will be operational during the bonus game, and each Horn Scatter Symbol that lands on the reels will move the Dragon Horn meter along by 1, and award 1 extra free spin.

When the Dragon Horn meter reaches 3, the player will move on to the next level. For each level advanced a Shield Symbol will transform into a Dragon Fire Mystery Symbol for the rest of the bonus spins. 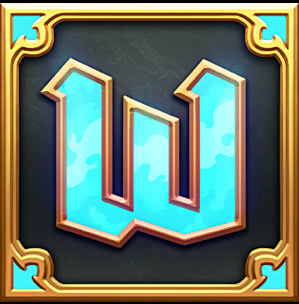