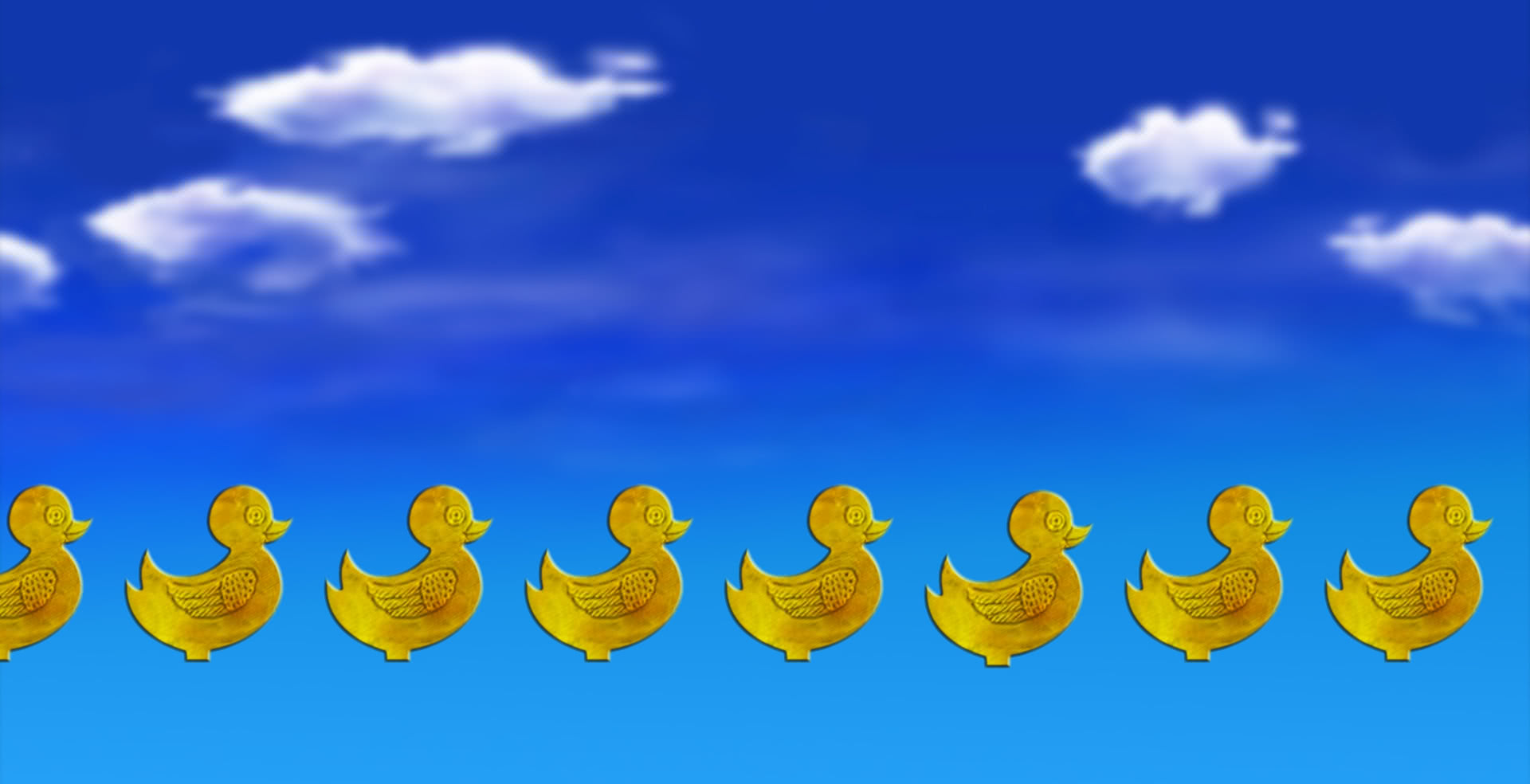 The fair is in town, and it’s time for some good old fashioned fairground fun! The balloons are up, the soft toys are nestled and waiting for the grabber to descend upon them. The ducks are lined up along the rifle range, so take aim and fire.

Eyecon gaming has given Doubleup Ducks all the sights and sounds of the fair. Breathe in deeply enough and you can even smell the candyfloss. If enough ducks go down you could be in with the chance of winning a giant pink Elephant, there’s a big prize for five of those cuddly animals in a line. And all the while there are some bright, colourful, sticky lollipops to keep your strength up. There’s no doubling down on these slots, it’s all about the Doubleup Ducks.

There are plenty of opportunities to play around with the bets in Doubleup Ducks. Before gameplay begins, the player can select to play with anything between 1 and 25 paylines.

Cock your rifle, line up that viewfinder, and start aiming for those ducks. Needless to say the Duck Shooter Symbol is a Scatter Symbol in this game. 3 or more of those in view will win you 15 Free Spins, and a chance at tripling all your winning lines during play. Don’t worry you won’t miss their arrival, they will alert you to their presence with a traditional fairground ding, ding-a-ding.

The big, cuddly, pink elephant isn’t just waiting around for some love. No. He will substitute for any other Symbol, except Scattered Duck Shooters. He will also double the prize on the winning line. Maybe he’s more useful left at the funfair, rather than gathering dust at home.

All prizes are tripled during the Free Spins when the Scatter Duck Shooter is activated. The Wild Symbol when activated doubles the prizes on a winning line.

Join the warrior fairies on their magical quest.

Can you make it to the end of to rainbow and win your pot o’ gold?