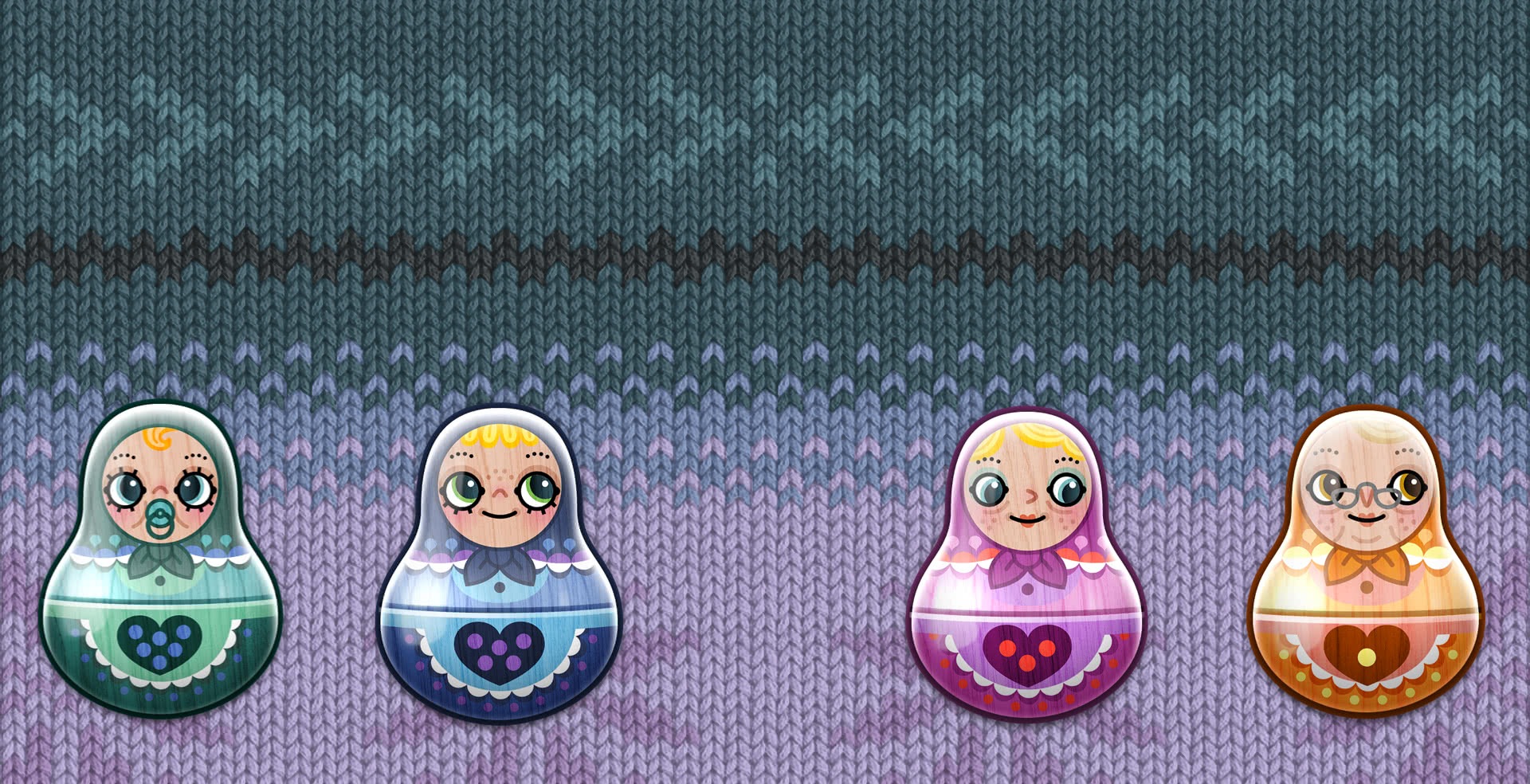 How’s this for a new slot theme? Take an excursion to Russia and see the small Babushka dolls - the ones that all fit inside each other - in this Thunderkick slot. Listen to some timeless Russian folk music and appreciate the cartoon dolls up against a pastel-coloured fabric background as you get ready to win some serious cash.

It might seem like a nice, relaxing game at first, but by the time you get used to the quirky features, you’ll be fully immersed in the land of the Babushkas and won’t want to leave - we guarantee it! 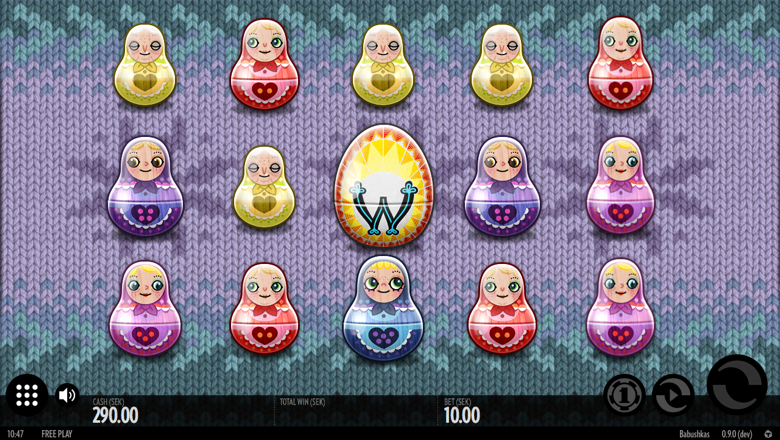 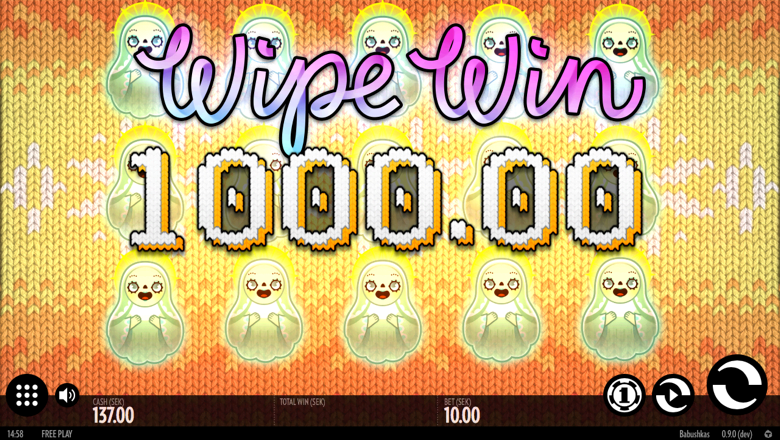 The symbols here are, as you might expect, all dolls of varying value, from the Green doll, who might get you 40p from a £1 spin, to the Yellow doll, who can get you £2 from the same. There’s a Wild symbol here too, which appears on the middle reel and substitutes all other symbols, and the handy Winning Symbol Upgrade feature too, which can be a great help on the play board.

All winning symbols of the same value upgrade to the next highest-valued symbol, if this gives you the chance to create new or longer paylines - for example, if you had three red symbols next to an orange symbol and they all fit a payline, the Red symbols would change colour, giving you the payout for 4 Orange symbols!

Should all 15 symbols on the play board be of the same value after your upgrades, they’ll be upgraded once more. Should you have a board full of Yellow symbols, they’ll upgrade to the Ghost symbol, giving you the Special Award, which from a £1 spin would be £100!

As exciting as the upgrades are on this slot, the Wild Mystery Feature is where the excitement’s really at! If a Wild symbol shows a star when it stops, it’ll open to reveal one of 3 Mystery Features - which one will you get?

The first feature is the Scare Bear. With the Scare Bear, the lowest-valued symbols on the play board will upgrade in sequences a maximum of 3 times, depending on the size of the bear. Then, there’s the Charm Bear, with which every symbol will upgrade by 1 level. Finally, there’s the Dance Bear, which will give you 7 Free Spins. During these, a new Wild egg will appear on the middle reel each spin.

Although the Free Spins are probably the feature you’ll be hoping for, don’t discount how much symbol upgrades can help you! You’re after the smallest dolls, and you might just get them. 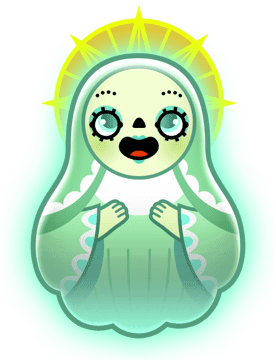 Take a trip down 8-bit memory lane and join the quest to save the cat.

Join the epic search for the Magical Peanut and reap the rewards.