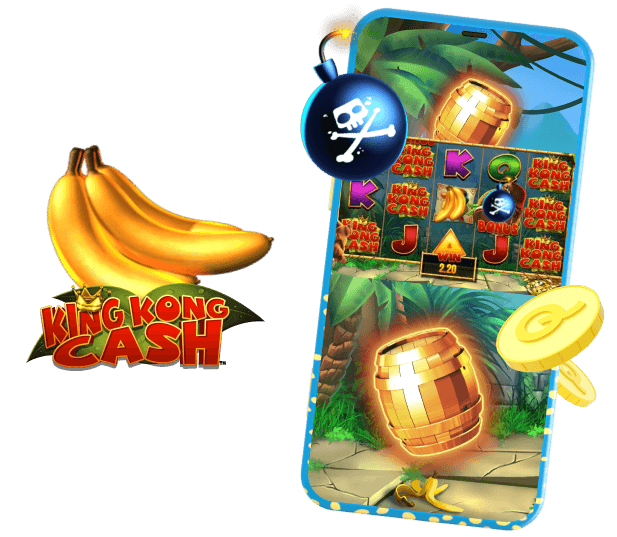 CASH30
Get my spins!

The eighth wonder of the world, immortalised in slot form! Far from the top of the Empire State building, King Kong Cash shows our giant ape friend kicking back and relaxing, jungle style. BluePrint Gaming has bought a colourful cast of animals to life with bright art and King Kong’s grunts, backed by a tribal soundtrack!

The game’s bonus features include 5 random modifiers that could trigger at any time with a wide range of effects. and a bonus ladder, with 5 different bonus features available. These range from free spins, random stake multipliers and big cash bonuses up to 1000x your stake! 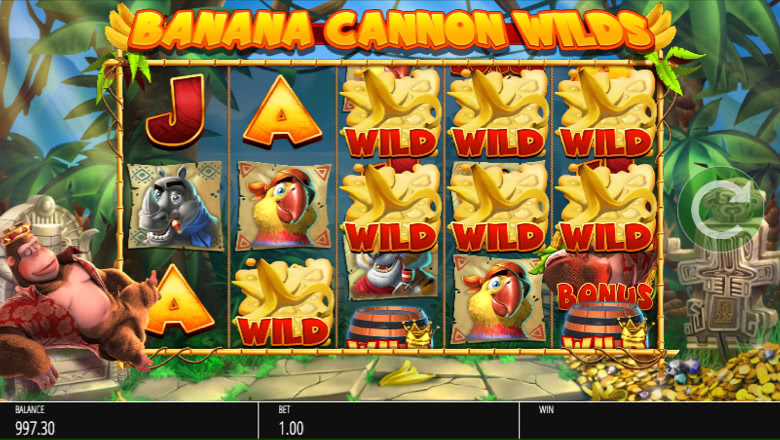 King Kong Cash has 20 pay lines, so there’s plenty of ways to win even without all the added bonus features. Symbols include the various cartoon animals (some are pirates, some are smoking cigars…just like real animals) as well as the traditional letters, so there are plenty of symbols to contend with. However, none are worth as much as the wild or King Kong Cash jackpot symbols!

There are 5 different game modifiers that can randomly trigger as you play, which you’ll know is happening when King Kong bashes the play board with his hammer. These random modifiers can alter your game by shooting wilds onto the board at random, filling the reels with golden barrels that transform into a random symbol and more!

If all that wasn’t enough, there’s also a King Kong bonus symbol too! When 3 or more of these appear on the board, the bonus feature is triggered and you’ll be rewarded with one of the 5 bonus rounds. If you didn’t get the bonus feature you wanted you can gamble it for a chance to move up the ladder and aim for the Big Money Bonus. However, you could end up losing it all…