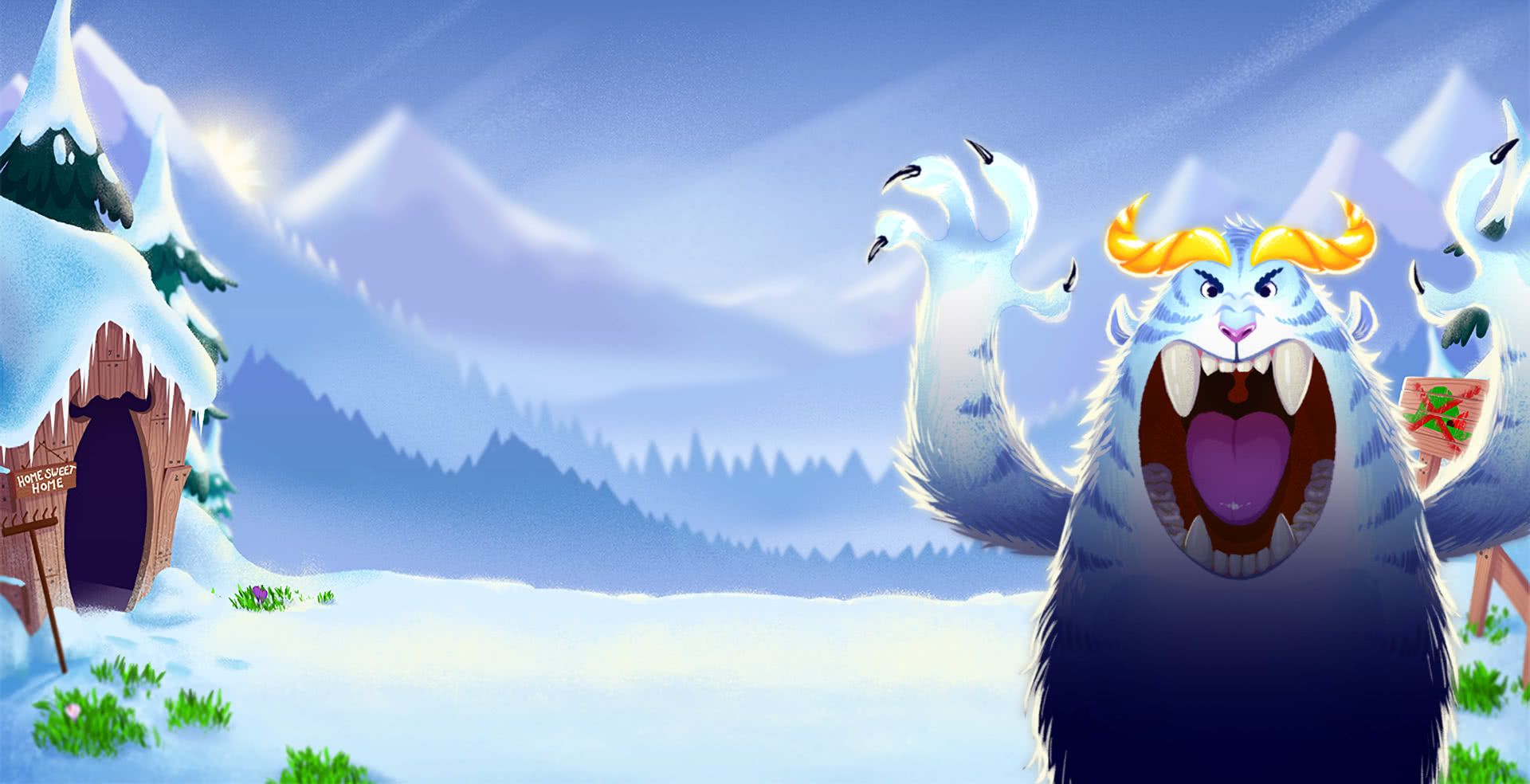 Don your lederhosen, practice your yodeling, and join the gang among the snow-capped mountains of the Himalayas. Here lies the home sweet home of the abominable snowman, or Yeti to his friends. He is not a fan of the Swiss intrusion, and has warned the green hats, as he calls them, off with signposts indicating they are not welcome there. Unfortunately for him, it appears the area is the perfect spot for a bit of carrot farming. And the carrot farmer isn’t keen to leave his crop in the hands of the beast.

The farmer has brought some of his Swiss culture along with him to the Himilayas, there is a cuckoo making noise in the background, along with some traditional music. We can identify the alpine horn, maybe some cowbells as well, all intended to give you a good old thigh-slapping time on the reels. Yeti - Battle of Greenhat Peak from Thunderkick has included some great little animations on this slot, the Yeti breathes gently in and out, the Farmer looks mighty scared at times when up against it, eyes searching the reels ready for an attack. When he becomes a Sticky Wild he is trapped in a block of ice, terrified and anxious. Only a line win will release him, and boy, his relief is very apparent. Help him out, guys. 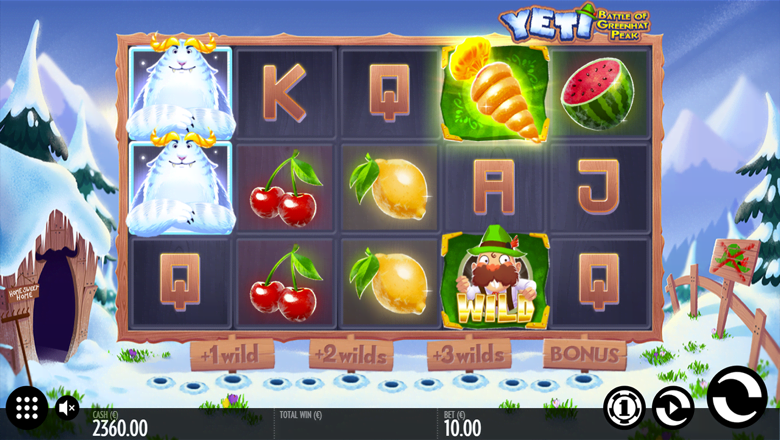 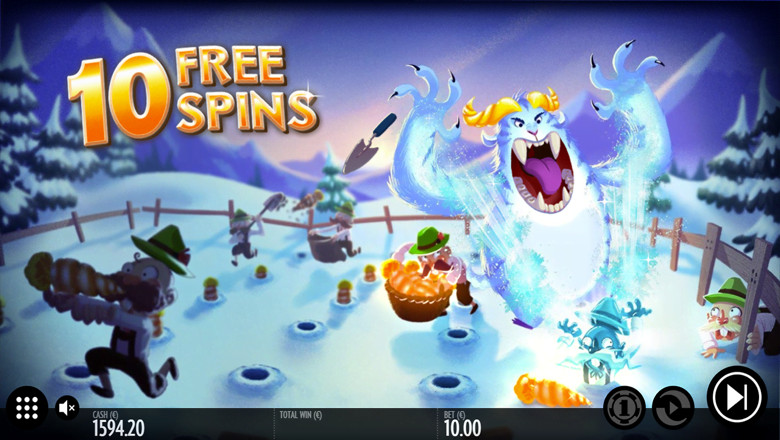 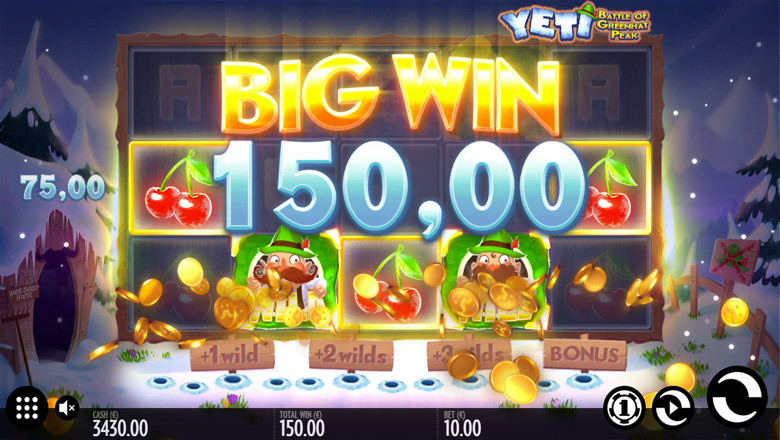 Soak up the atmosphere of the glistening symbols, study the background to picture the, so far, untold story, then spin those reels to release the beast. And release him you must, he is the highest paying symbol on line wins along with the carrot farmer. Watch them play cat and mouse, or Yeti and Farmer as the competition to that icy spot hots up. That Yeti gets him good and proper when he is transformed into a Sticky Wild, poor chap is freezing half to death in that ice-trap.

When you are escorted to the Carrot patch during Free Spins the Yeti really has his heckles up, the Farmer is quaking in his snow boots. Turns out though, once you’ve hit your win and start to make an escape, it’s the carrots he had his eyes on the entire time, his arms are full of them. Maybe that’s why they keep appearing and disappearing from the Wild Attack meter, though they offer Free Spins and a chance at the bonus round. With Free Spins, re-spins, Sticky Wilds, and bonus wilds, there are so many chances to up the ante and leave with a nice little bundle of cash. Leave the carrots alone though, you have no idea the kind of trouble heading off with any of those will lead to.