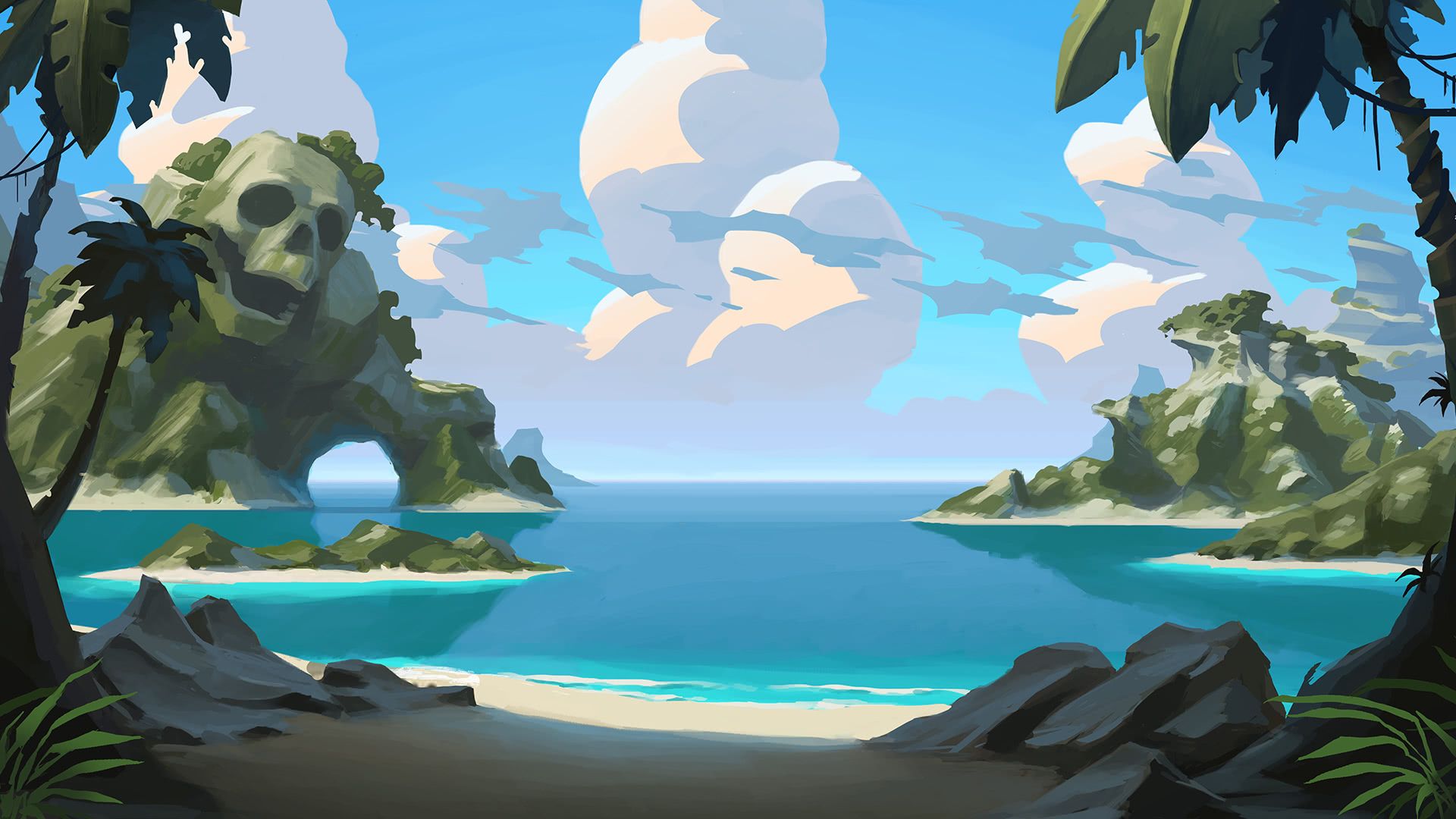 Quickspin brings you Robert Louis Stevenson’s Treasure Island. Set in the days of sailing ships and pirates, it tells of the adventures of Jim Hawkins and his quest for buried treasure belonging to an evil pirate, Captain Flint. The scene is set at 'The Admiral Benbow', an Inn where Jim Hawkins and his parents reside and run their family business. One day a mysterious man, Billy Bones, warns Jim to keep a lookout for a 'one-legged man'. And so the adventure begins; after Billy Bones collapses and dies - having been given the mark of the ‘black spot’ - Jim finds a map in the old man’s sea chest. Dun, dun, duuuun! Now it’s over to you.

The music and graphics combine to create an atmosphere of adventure, thrills, and spills as you go swashbuckling on the high seas - and the one and only Island of Treasure. Your mission, should you choose to accept it, is to find as much treasure as you can carry. But, the key is to keep hold of it and don’t let those pesky pirates get their grubby hooks on it.

Swash your buckle, weigh anchor, and hoist the mizzen. Oh yes me hearties, you are about to embark on the pirate adventure of a lifetime. It is time to plunder some booty from the evil gang of pirates hiding out on Treasure Island. And there is plenty of booty to be had with all the extra special Bonus Features in this game.

There are cannonballs galore, firing wildly and transforming into wilds during the Pirate Attack Feature. As you hop from Island to Island you will be presented with the chance of triggering the Island Hop feature, here you can be awarded Free Spins, Coin Wins, Super Wilds, and Extra Wilds, so many chances to hit those winning combinations and take home some top booty. And, once you have that treasure map in your grubby little paws, you can pick up the shovels and start digging for gold in the Treasure Hunt Pick, and Click Bonus Round. You should be keeping your eyes peeled for the Chest Symbol, this is the highest paying symbol on line wins and is, after all, what you came for. Avast ye, all hand hoy, there’s no slacking off on this ship.

There are several bonus features in Treasure Island. The usual Scatters and Wilds are there, as well as stacked wilds, the Pirate Attack Feature, Treasure Hunt Bonus, and the Island Hop.

During the Pirate Attack feature, cannonballs are fired onto the screen and transform into wilds. If one of the cannonballs hits a Wild Barrel, the symbol will explode and wilds surround it. In the Island Hop Bonus players are awarded a selection of Free Spins, Coins Wins, Super Wilds, Extra wilds and explosions.

The Free Spins bonus is a Prize PIck where a number of Free Spins and Free Spin features are awarded. The extra features include, Super Wilds – which are stacked. Extra Wilds – 1 or more of the medium value symbols become wilds for the duration of the round. Locked Barrel Wilds – Any wilds created in Pirate Attack stay locked for the rest of the bonus.

The Treasure Hunt is a Pick and Click Bonus. There are a number of shovels available to dig for treasure, where the player chooses to dig will reveal a prize. Find Ben Gunn’s cave for extra big wins.