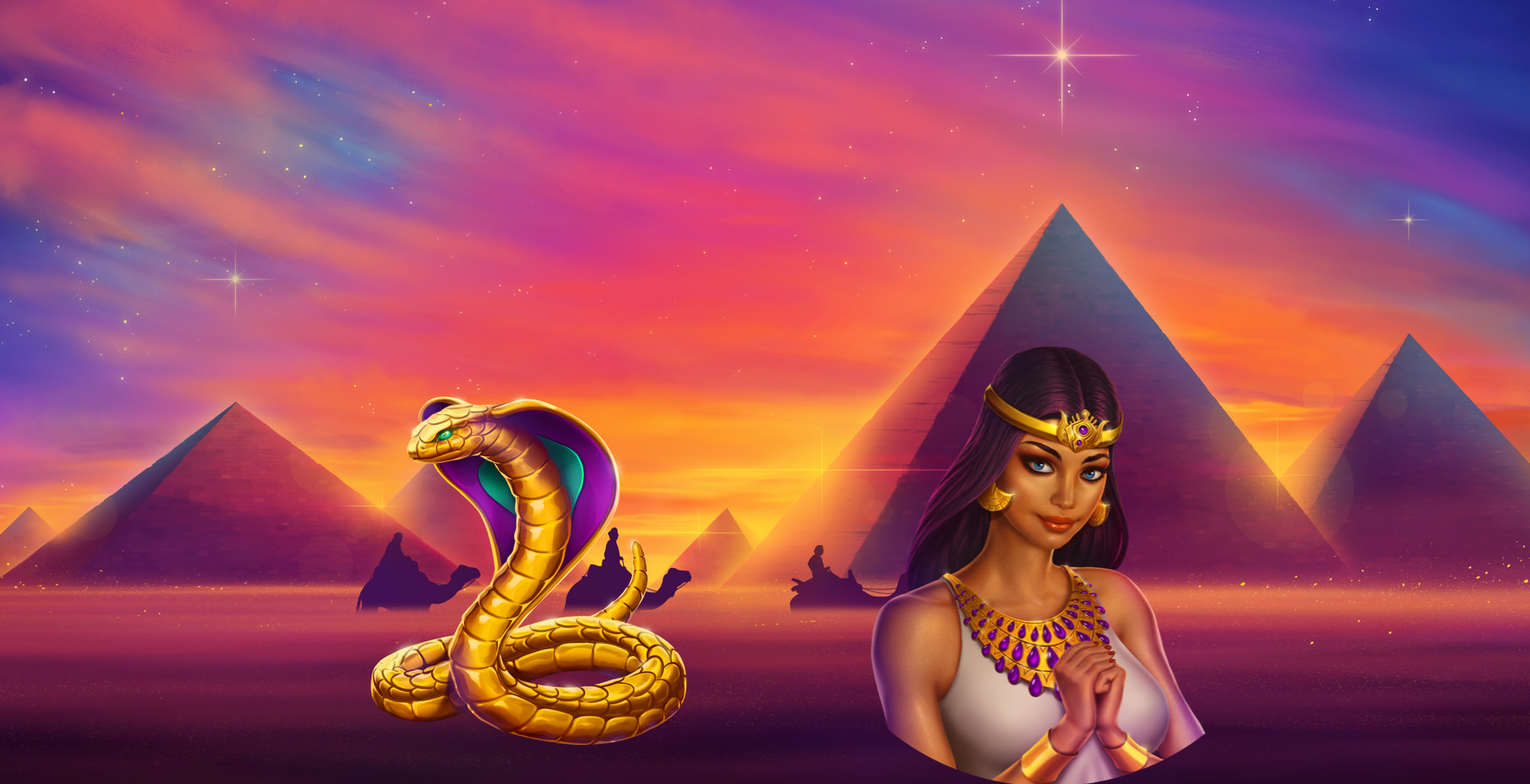 The sun is setting over the coast of Ancient Egypt as Eyecon gaming lure you into this long-awaited sequel to the Temple of Iris. With new features and an upgrade to the graphics, Temple of Iris 2 will not disappoint. Iris is waiting to lead you on to explore the Pyramids, and hopefully show you where to find some hidden treasure. In this brand spanking new sequel, Iris has leapt an awesome 10x in value from the original game. The soundtrack of traditional Eygptian music makes the game feel exotic, while tempting you into the Temple to see what treasures there are to behold.

Like in the previous game, Iris still offers the safety of her high status as she carries the Eye of Horus Symbol of protection, good health, and royal power. Further protection comes in the shape of the Scarab Beetle Symbol, it also represents immortality and transformation. As a high paying symbol, let’s hope it transforms into a winning line!

There are plenty of opportunities to play around with the bets in Temple of Iris 2. Before the game begins, the player can select to play with anything between 1 and 25 paylines.

One of the exciting new features in Temple of Iris 2 is the Instant prize Feature. The already stunning graphics have a hidden gem in the form of random symbols appearing with a gold background. These can only appear on reels 1 and 5, they don’t have to match, and if you land them on a single spin an instant prize will be awarded which can be up to 50x your total bet. How’s that for a nice little bonus?

Of course, the game wouldn’t be the same if it didn’t have the usual Wilds and Scatters, these come in the form of the Priestess and the wonderful sparkling gold pyramids. Not only do these substitute for other symbols and award Free Spins, they have a nice little multiplier as well. Naturally, the Priestess is the highest paying symbol on line wins, and her value has just leapt right up versus the original game. Thank you Eyecon for treating us to an upgrade. Come on in, the sun is shining brightly over here in Ancient Egypt. Toot-and-come-in!

During the game, symbols with gold backgrounds can appear on reels 1 and 5. If they appear on the same spin an Instant Prize Feature is awarded. A one-off prize is awarded and can be up to 50x your total bet. The symbols do not have to match, they just need to have the gold background to trigger the prize.

Landing 3 or more Scatter Pyramid symbols anywhere on the reels triggers the Free Spins feature. 15 Spins will be awarded, and prizes are tripled during the round. The Free Spins are played with the same paylines and bet as the triggering game. The bonus can be re-triggered a maximum of 15 times.

The Priestess Wild Symbol substitutes for all symbols except scattered Pyramid symbols. Prizes are doubled when the Wild appears in a line win.