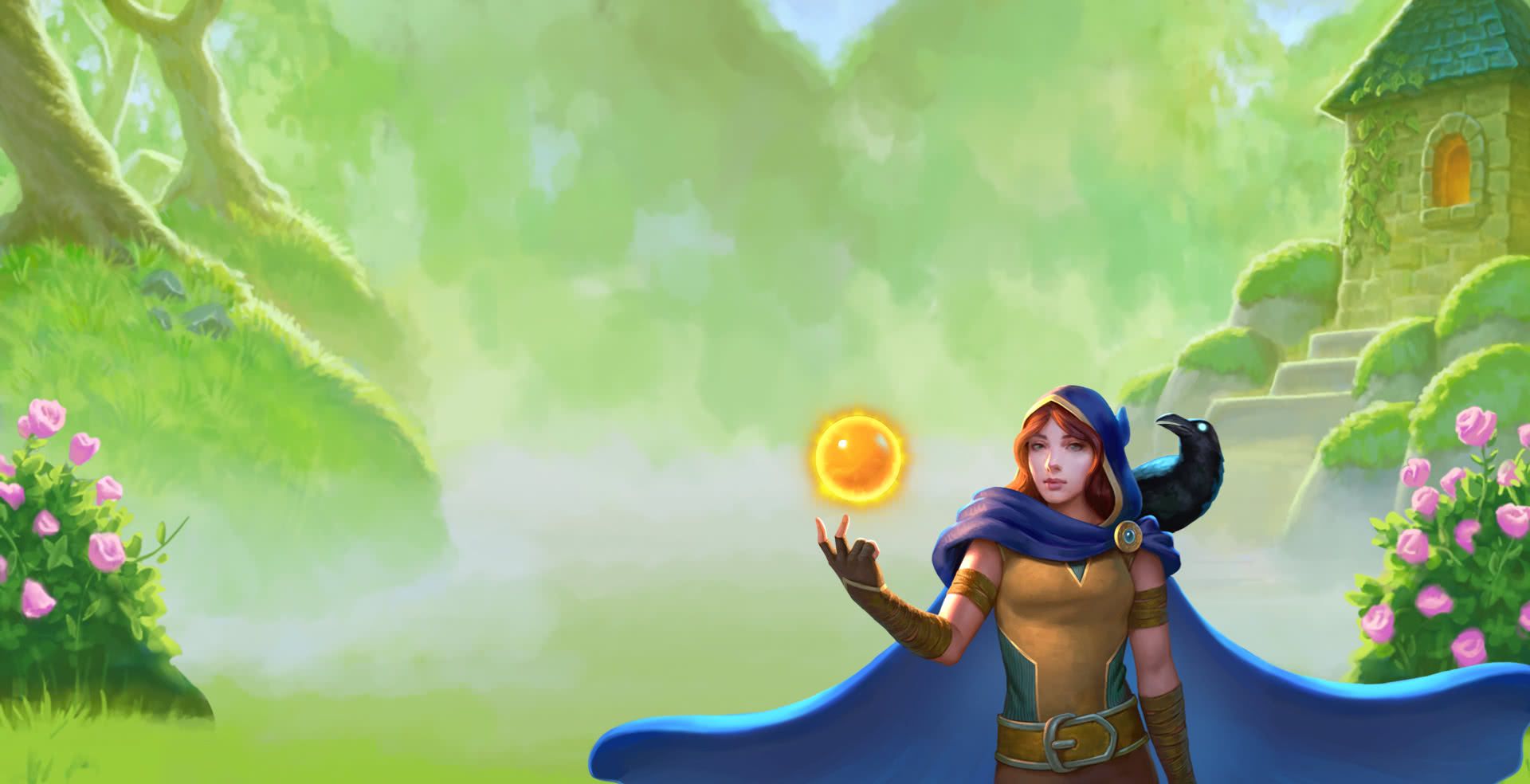 With the reels set within an ancient crypt, hidden in an enchanted forest, Raven’s Eye is all about the magical mystery of druidism and the harmony it promotes. In contrast to the chirping birds, the fireflies peacefully flitting about in the background, and the ivy floating gently in the breeze, the music has a slight electropop feel to it. After all, Thunderkick doesn’t want you falling asleep while you’re playing the slot.

The Raven, as the name of the game suggests, is the busiest of the symbols in this slot. At the end of each spin when he has landed, he will fly off the reels in a beautifully illustrated animation - leaving a different symbol in his place. The Druidess with her piercing eyes is always watching you, stopping only momentarily to give a very realistic blink. Eyes wide open, don’t let the Raven nab the goodies. 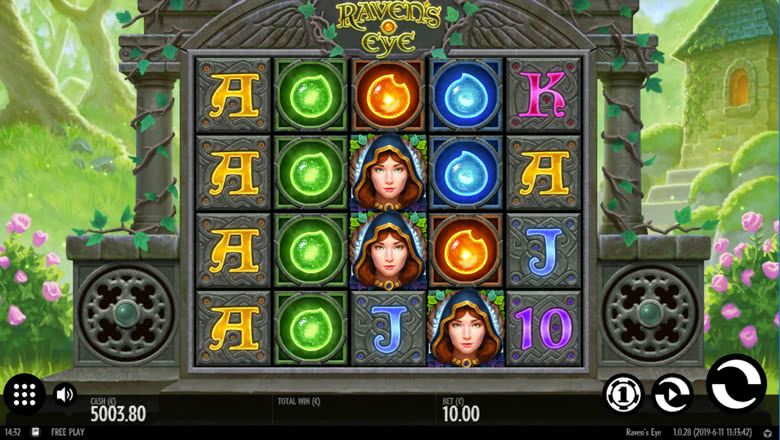 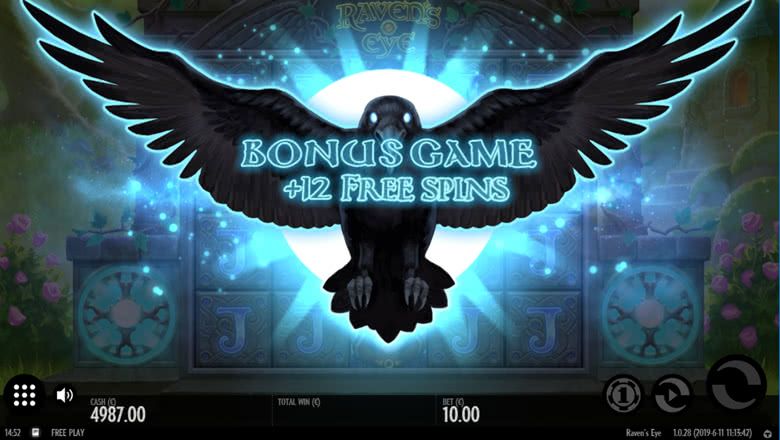 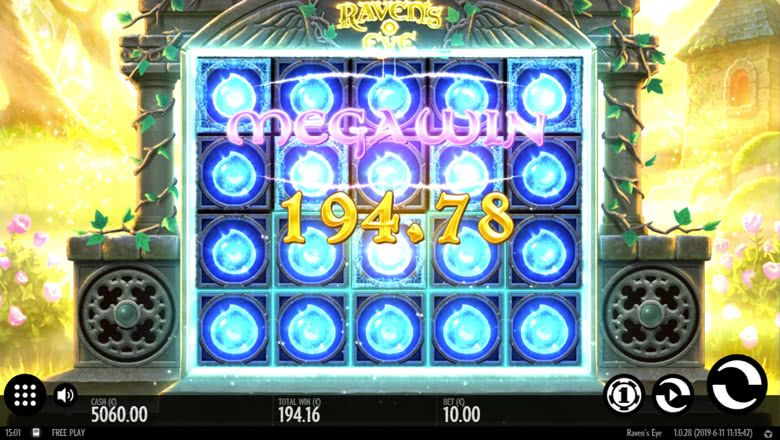 Raven's Eye comes with a set of 10 symbols, 10, J, Q, K and the Ace (familiar for any slot fan) and the colourful Orbs which represent the 4 elements of nature: air, earth, fire and water. The highest paying symbol on line wins is the Druidess, who will give you a generous 12.5 times your bet for 5 of a kind.

The Raven Mystery Symbol is the most active in the game. When the Raven Symbol lands on the reels, it will transform into a random symbol, increasing the chances of more winning combinations. If that is not enough, The Raven is also the Scatter Symbol and will trigger the bonus game when 3 or more land on the reels. In the Bonus Game, collecting Raven Orbs will turn lower value symbols into Mystery Symbols as you progress through the levels, leading to potentially bigger payouts. The Druidess has trained him well, he is the key to you leaving with a nice big prize pot.

3 or more Raven Scatter symbols landing anywhere on the reels will trigger the bonus game.

Free Spins will be awarded, and the player will collect Raven Orbs to fill the symbol meters. The number of Free Spins awarded is relative to the number of Raven Mystery symbols on the reels when triggered.

When one meter is full, one of the low-paying symbols will become a Mystery Symbol and the player will be awarded 3 extra Free Spins. There are a number of levels to work through, If all levels are unlocked you will play your remaining spins with only high paying symbols, and Mystery symbols.