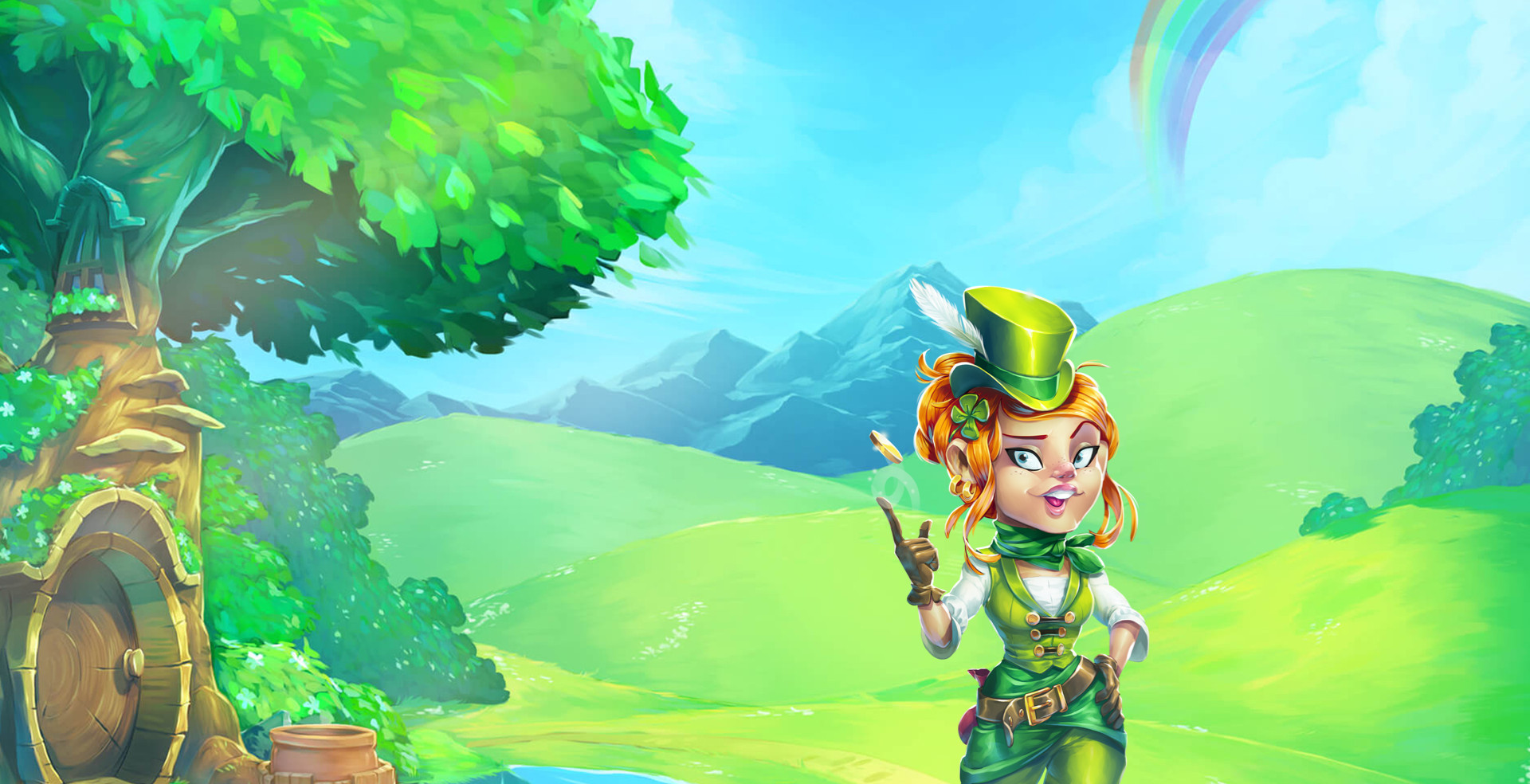 About Kiss Me Clover

Feel like venturing over to a bright and sunny Ireland? Kiss Me Clover is themed around the folklore of the Emerald Isle, with clovers, toadstools, leprechauns and more all appearing in colourful cartoon form in front of rolling hills and of course a rainbow.

True to form, clovers are lucky in this Eyecon slot, as they give you a chance of triggering the Lucky Wheel and having a spin! Will you come away with your pot of gold at the end of the rainbow, or will you be left sitting on a toadstool instead? There’s only one way to find out...

How to play Kiss Me Clover

If you’re hoping to get some good wins, don’t miss out on the Scattered Leprechaun symbol. Not only does she get you Free Games (more on those in a moment) but she also doubles as a Wild symbol, substituting for all regular symbols, and paying double when appearing in a line wine - with 25 paylines in total, she might well be able to help you out!

The Pot of Gold symbol is the most valuable symbol on the play board - match 5 and you’ll get £200 from a £1 spin! However, you’ll have the chance to play the Gamble Bonus too, as it pays double or nothing on the last win, play continues until either you select incorrectly, make 5 correct selections, take your winnings, or win a huge £32,000 - which is certainly possible!

The Clover isn’t the only Scatter symbol in town, however, as matching 3 or more Scattered Leprechaun symbols will get you into the Free Games. Prizes are tripled here, and you can retrigger them a maximum of 15 times, so there’s plenty of gold to be won - go ahead and see if the luck of the Irish rubs off on you!