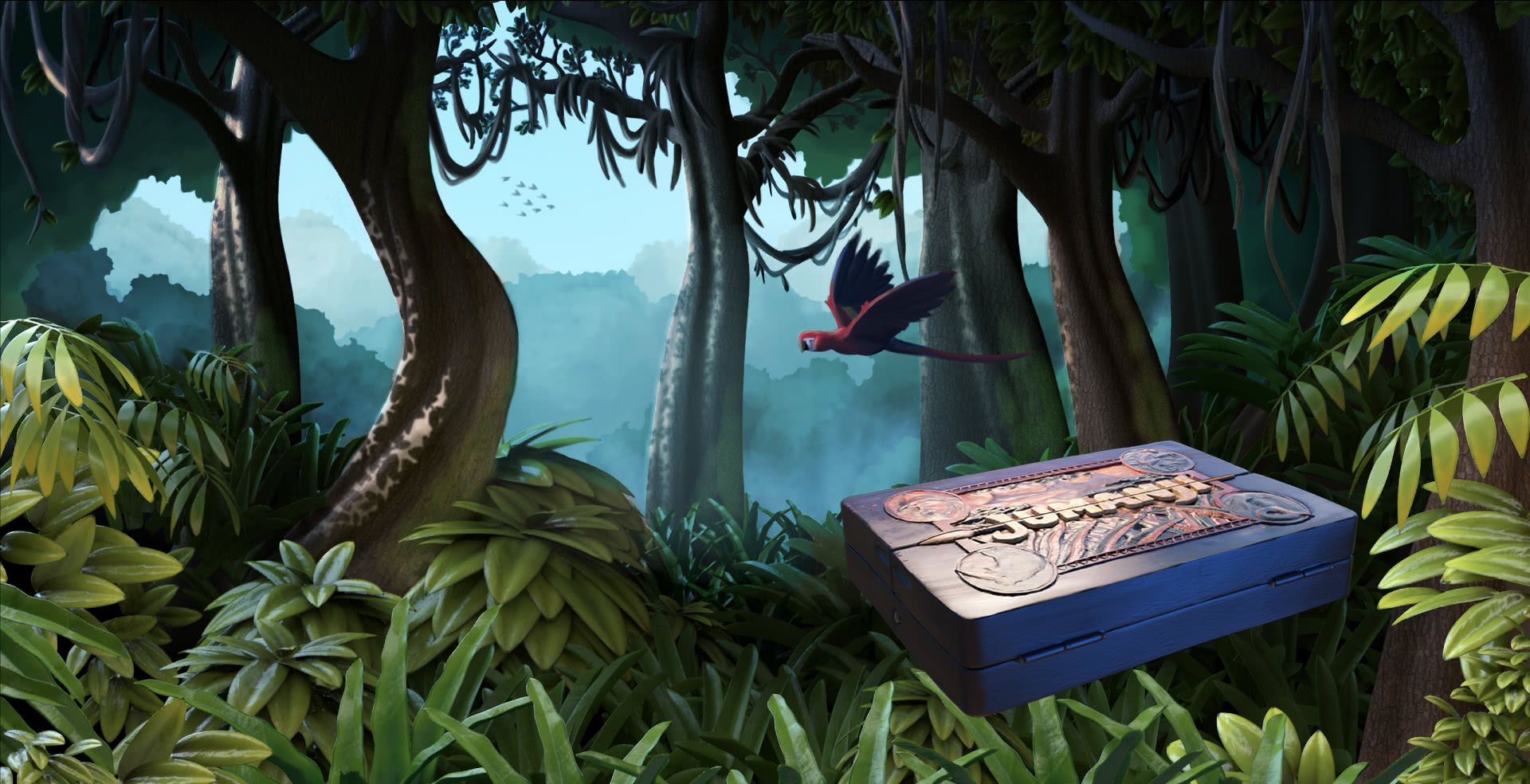 Based on the classic 1995 fantasy film, Jumanji is here in slot form, and you’re in for an adventure! In this NetEnt game. You’ll see everything Alan saw when he was sucked into the game, but this time you might want to stick around. Very much a key cog in the Jumanji universe, you’ll hear the typical Jumanji drum beats and try to win on a play board which very much resembles the game in the movie. Dark and foreboding, you’ll be on the lookout for the majestic creatures to match - there’s a load of bonus features here too, so get stuck in and see what you can find! 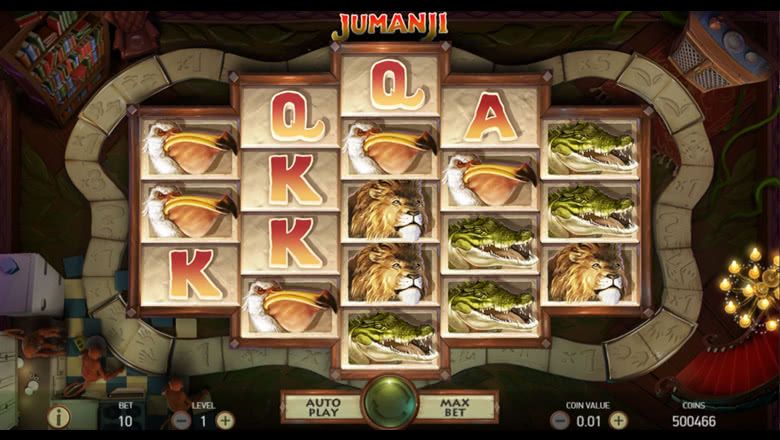 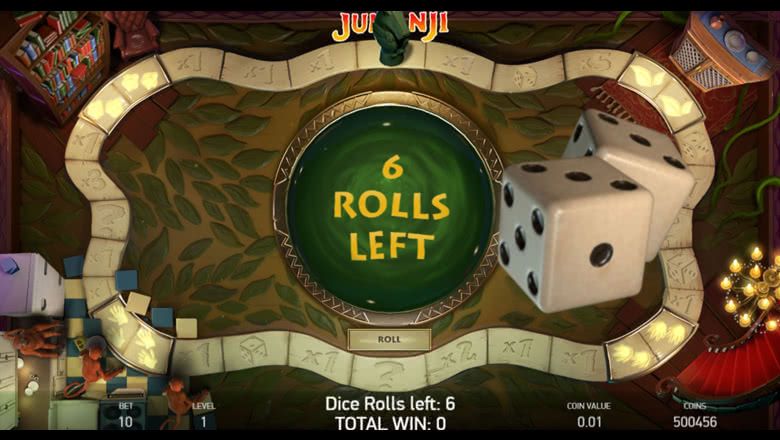 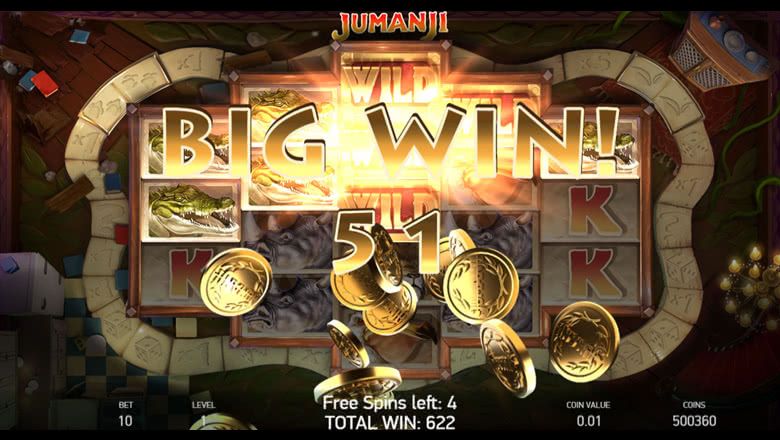 There are 8 regular symbols, from the usual suspects to ferocious predators, and the Lion symbol is the most valuable of the lot. There’s a Wild symbol too, and if you’re lucky you’ll see the Monsoon Wilds feature get randomly activated. In this case, 1 or 2 reels will be entirely covered in Wilds as the reels spin, giving you a higher chance of winning. If this doesn’t tickle your fancy, maybe you’d prefer the Wild Stampede? If this is activated, a gang of rhinos will run across your screen and add anywhere from 4-9 Wild symbols! There’s Monkey Mayhem too, where if randomly activated it will shuffle symbols randomly to guarantee you a win. Last but not least, we’ve got the Sticky Vines feature - any symbols forming part of a win (and every Wild) will remain in place while the other reels spin again, so it’s a free respin you don’t need to do anything to earn - we promise we’re not lion to you...

It just wouldn’t be Jumanji without a board game, would it? The Board Game feature is activated when you find 3 or more Scatter symbols, and is a little different to the base game. You’ll have 2 dice, and they’ll determine where you move the token on the board. Depending on how many Scatter symbols you find, you’ll get from 6 to 8 dice rolls. Meanwhile, each Free Spin feature sits at a corner of the game, and when a token lands in front of a feature, it’ll be activated.