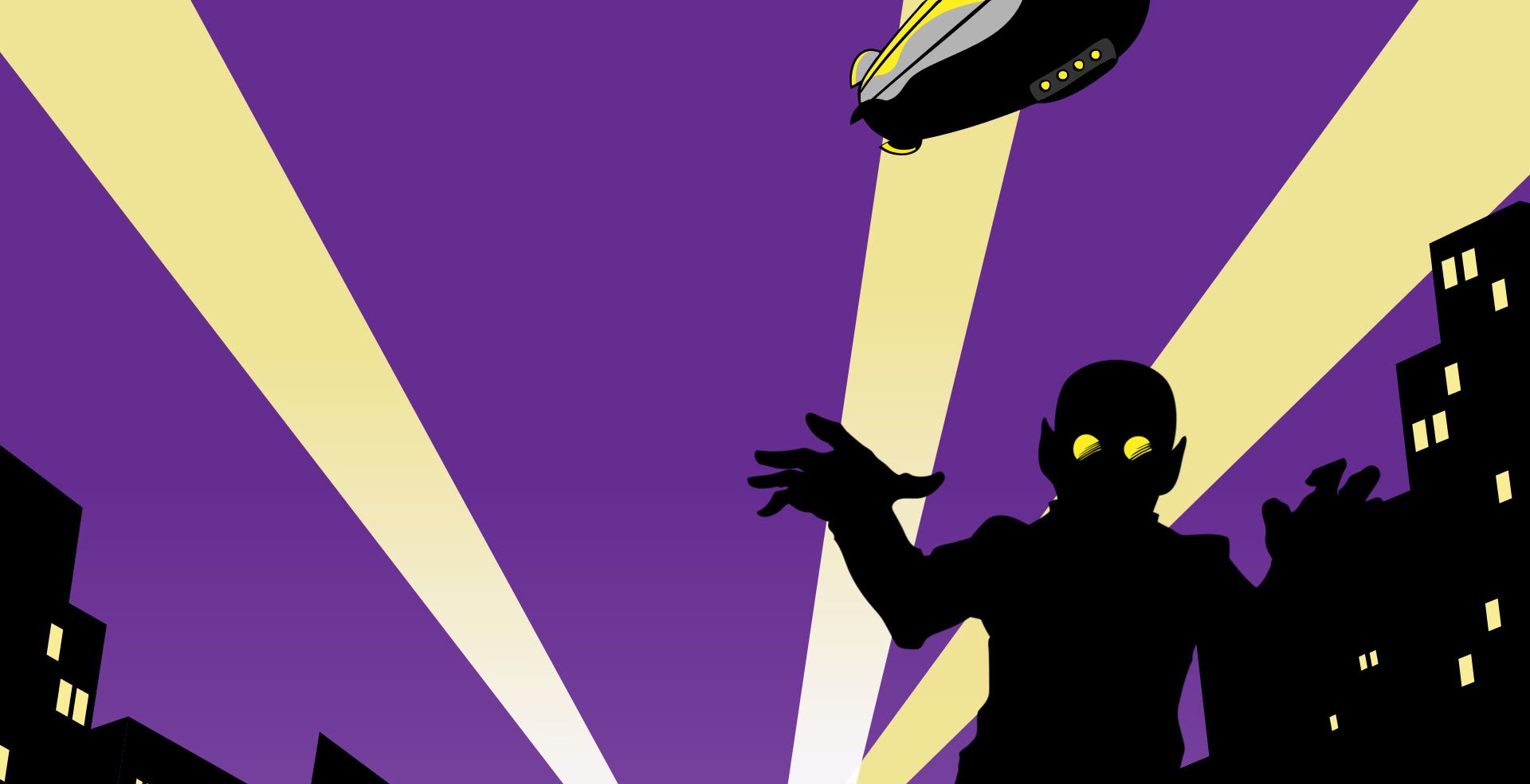 The Evil Dr. Wüten is back in town and giving Jack Hammer a run for his money. The mad Doctor threatens Grand City in his bid to take over the world. NetEnt gaming has unfortunately supplied him with everything he needs to make his mission a successful one. But, the Doctor hasn’t counted on the tenacity of Jack Hammer, not on his watch mate!

Each spin of the reels tells a story, with the comic strip style graphics, and the Big Band background music. Bombs, blimps, poison, and a damsel in distress, come together to create an atmosphere of suspense and urgency. Will Jack Hammer be able to get there in time? Or will the Evil Doctor succeed in his mission to destroy the City? 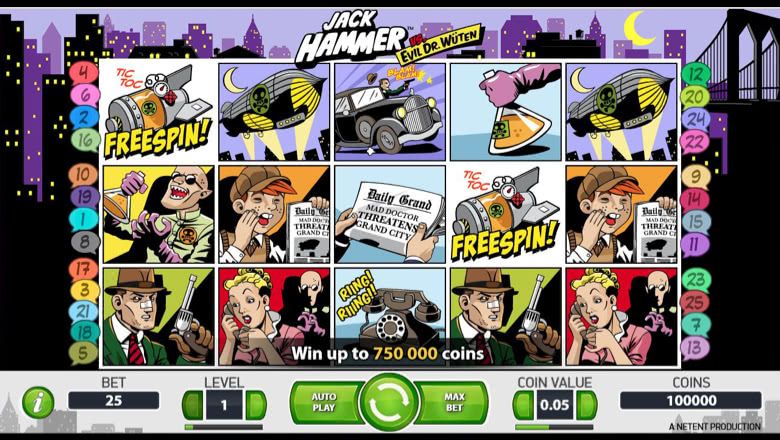 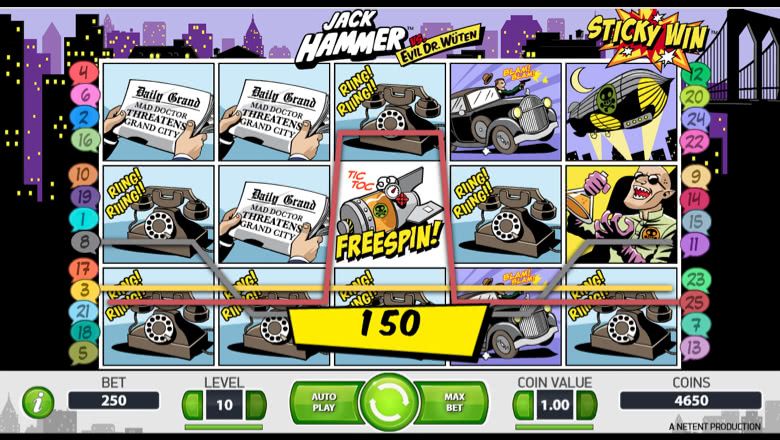 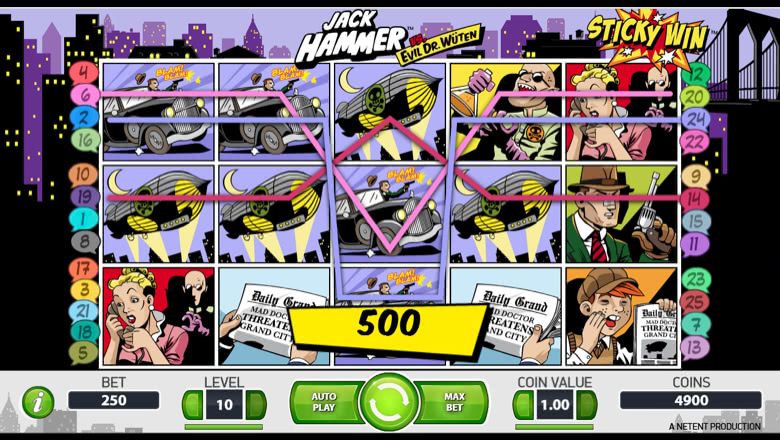 Jack Hammer is a valuable asset to Grand City, therefore it makes perfects sense he should be a valuable symbol as well. The highest paying on line wins in fact. But always on his coattails, the Evil Doctor is only one step behind, let’s hope he stays there. The Paper Boy keeps everyone up to date with the goings-on as he shouts the headlines to passers-by, don’t underestimate how useful he is, as the 4th highest paying symbol in the game.

There is more to the Free Spins than meets the eye, they trigger the Sticky Win Feature, as well as holding winning symbols during the Free Spins they keep on going while line wins keep on appearing. How’s that for a tasty little Bonus?

So, dodge those bullets and help Jack Hammer defeat the evil Doctor, and take the chance of winning big with the generous Free Spins allowance.

A winning line with 3 or more FREE SPIN symbols triggers the Sticky Win Feature. The winning symbols are held during a re-spin. The reels will continue to spin while there are still line wins. The game ends when there aren’t any new wins.

When the FREE SPIN Symbol triggers the Free Spins, all line wins are tripled.