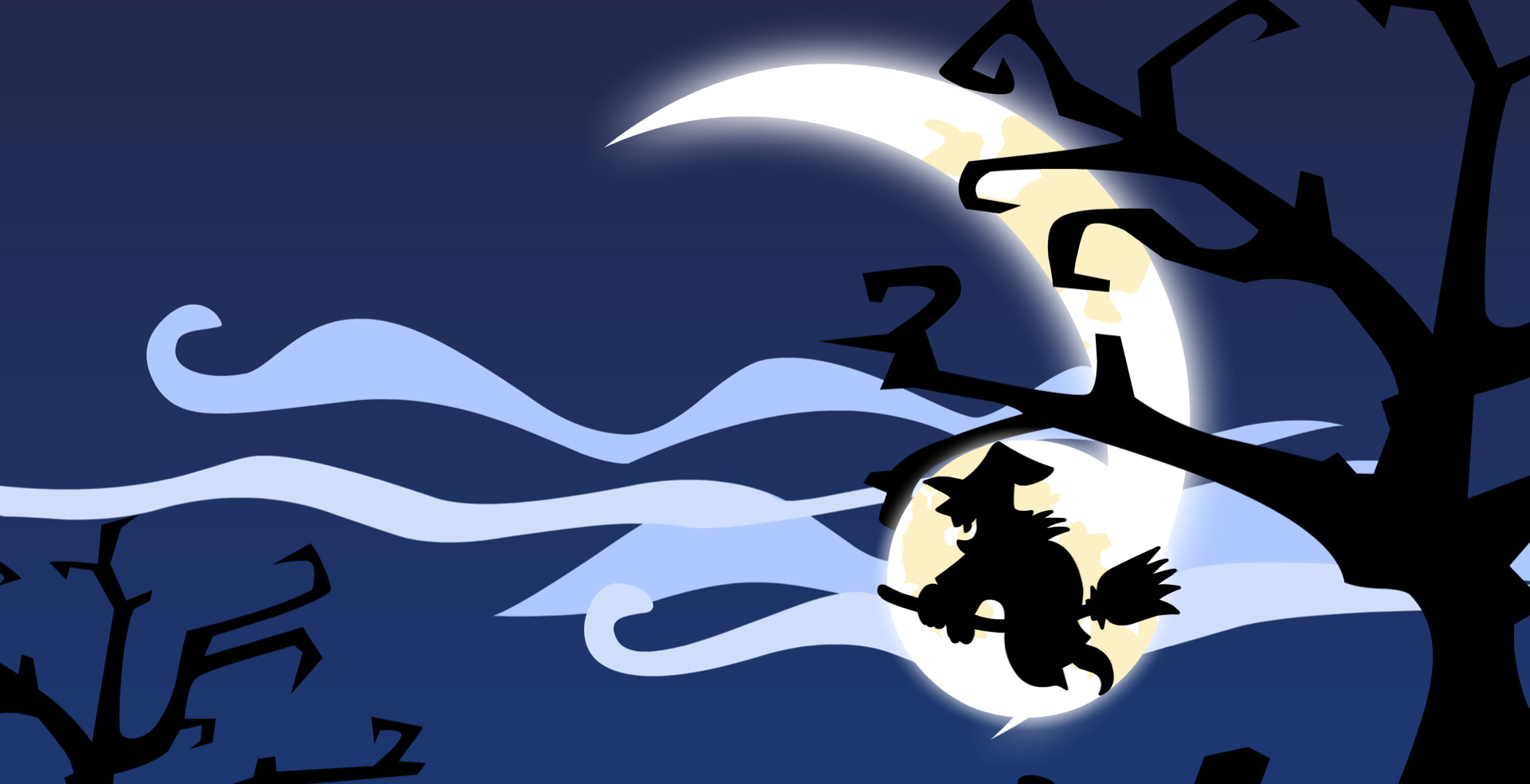 ‘Tis the eve of All Saints Day here on Haunted Hallows, grab your broomstick and join in the ghoulish fun.

Against the backdrop of a full moon, the witch takes to the skies for a night of mischief and mayhem. What goes on behind the doors of the silhouetted haunted house? It’s time to find out, if you’re brave enough. The atmosphere is tense though, as the spooky background music builds up into a crescendo of suspense.

Eyecon gaming has brought together a host of images to really get the goosebumps popping. Some are not quite as scary as others though, it looks like they’ve created a friendly ghost who won’t give you the shivers. The witch’s Cat isn’t quite so cute, those big green eyes and sharp teeth look like she has dark plans for you. Tread carefully round the grounds, and your bravery could pay off quite nicely.

Halloween wouldn’t be the same without a handful of Candy. Not only does it look incredibly inviting in its traditional orange and black colours, it triples all wins when the Scatter is triggered. Not so bad for you after all! Someone has been busying themselves and carved a friendly looking, bright orange, pumpkin. 3 of those anywhere on the reels will lead to you pick your own pumpkins in the Prize Pick. A worthwhile trip down the creepy lane, as prizes can be multiplied up to 111x the total wager.

Frankenstein’s Monster makes an appearance throughout the night, he looks quite friendly, and is fairly generous on the line wins - so no need to give him a wide berth. If you need a candle to light your way, there is one quite handy, it just happens to be sticking out of the eye socket of a skull! Happy Halloween on Haunted Hallows, it’s time to be in with a chance of filling up that cauldron with some lucrative prizes.

8 Free Spins are triggered when 3 Scatter Candy symbols appear anywhere on the reels. All line wins during the Free Spins will triple the prize.

The Prize Pick is triggered when 3 Scatter Pumpkin Symbols appear anywhere on the reels. The player will be awarded 3 picks.Each pick gives the player the chance of winning up to 111x the total wager.