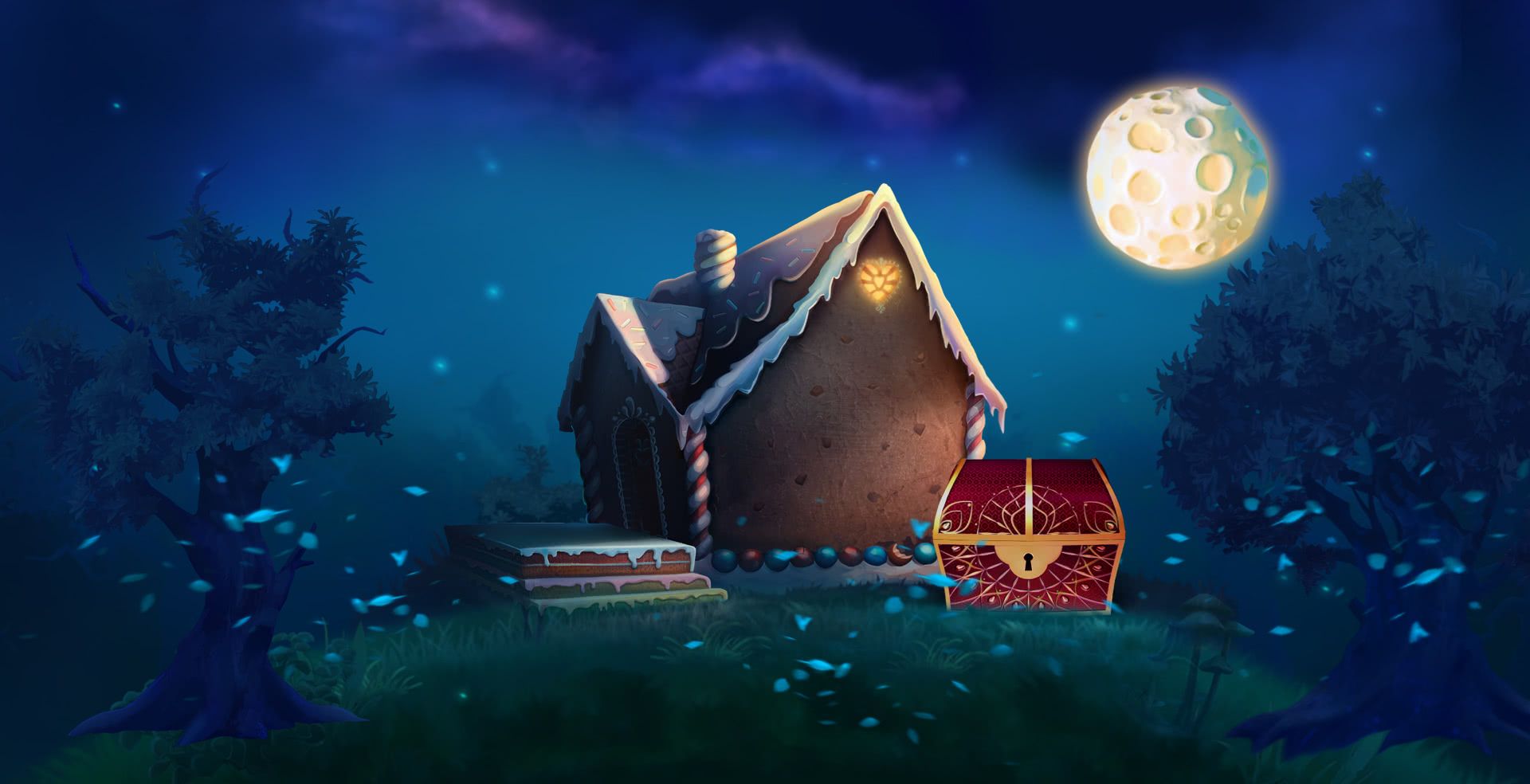 Fairytale Legends - Hansel & Gretel will entice any Fairytale slot fan. This video slot has it all. The cut scenes between the reels and the bonus features are worthy of a short film award. Speaking of awards, NetEnt is also making sure that when those two kids finally make it home they will be arriving laden with treasure. Just as they did in the original tale by the Brothers Grimm.

There is so much going on in this slot, there are bonus features coming at you from all directions, and all accompanied by a musical score suited to any adaption of a Fairytale Legend. The background to the reels is as equally wonderful, little Hansel & Gretel plodding along, only turning round to see how your spins land. Stars twinkle, fireflies light their path, as they lead you on to several features that will help you head home with your own treasure. 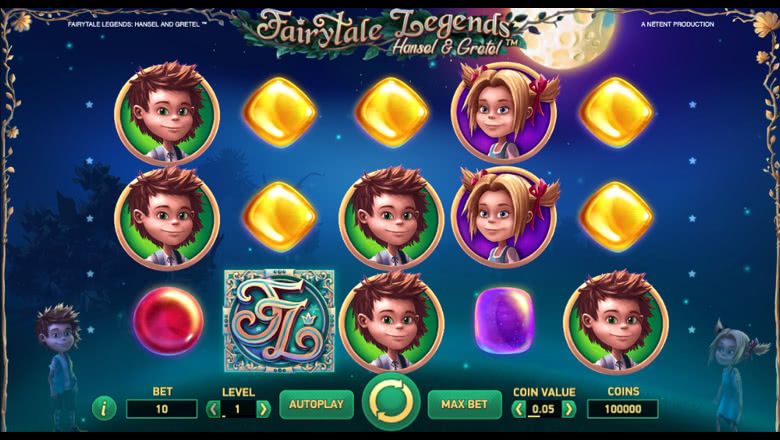 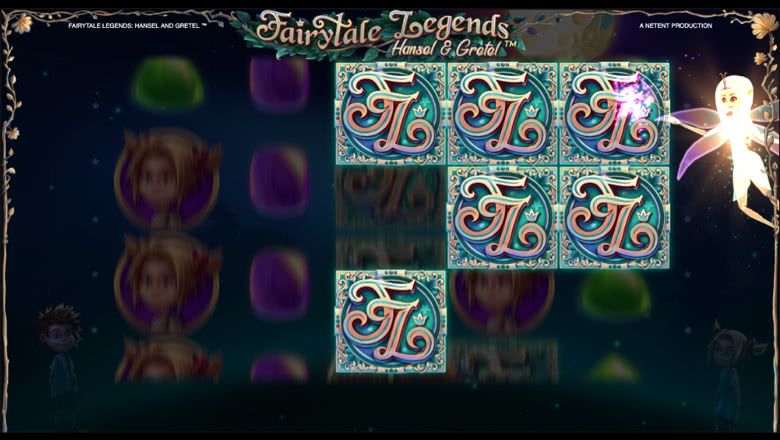 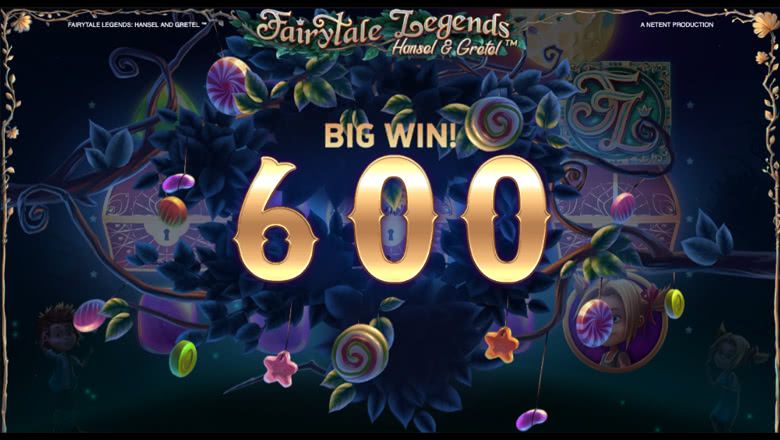 There’s no resting on your laurels during this game, there’s far too much going on with all the exciting features. There are 3 Fairy Features, Prize Picks that lead on to a selection of 3 Bonus Features, Stacked Wilds, Free Spins, Respins, Coin Wins, Multipliers, and the Candy House Feature. And best of all, during Free Spins the reels are alive with Stacked Wilds, and the chance to keep adding Respins and Free Spins! You might start with 10 Free Spins, but you can end up with 40 plus! So many chances to hit those winning combinations and lead those poor kiddies home.

Landing the Chest Symbol on reels 1, 3, and 5 triggers a Prize Pick, which will award 1 of 3 Bonus Features. During the Candy House Feature the player can pick 3 candies, all the candies have a multiplier attached to them. The Coin Win Feature awards a multiplier of 15x the triggering bet. The Free Spins Feature awards 10 Free Spins.

The Fairy Surprise is a random feature that only appears when a spin hasn’t resulted in a winning combination.1 symbol is selected and other symbols are transformed to match until a winning combination is achieved. The Fairy Wild Spin Feature creates 2 stacks of wilds that appear on all reels except reel 3, and a Respin is awarded while the Stacked Wilds are held in position for the duration of the spin. The Fairy Wonder Spin creates a cluster of Logo symbols across reel 1.