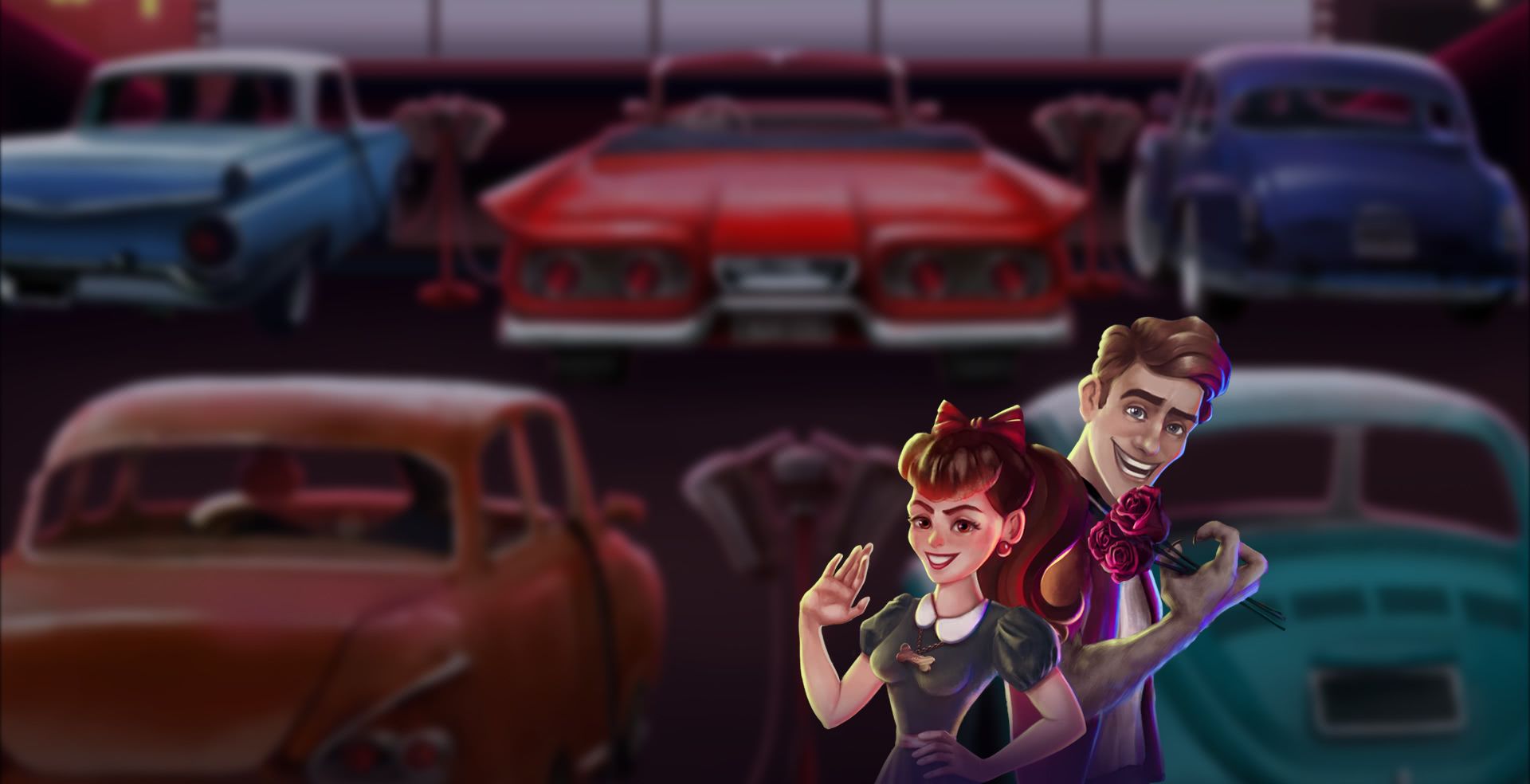 For the other couples at the Drive-In, it’s just another night of romance, movies, and popcorn. But Jack and Rosie are no ordinary couple, they have a secret which is about to be revealed as the full moon hits those reels. You guessed it, they’re werewolves, and when they transform we have to say they look pretty rough. If the audience already thought they were watching a right howler, they are in for a big surprise. It’s all too much for this young couple in love when not one, but three full moons land before their very eyes. They have no control as they crash through the movie theatre and create a howler of their own. But as a player on Full Moon Romance from Thunderkick, this is great news for you. This is when you hit the Bonus Feature and those werewolves double up to offer you the chance of landing some nice big winning combos.

This slot has a 1950s vibe to it, the music, graphics, and overall atmosphere will have you humming, ‘Stranded at the Drive-in, from the movie Grease. There are some nice little animations as you spin those reels, Rosie and Jack are in the middle car, roof down, watching everything that is going on. If you land a winning combo with Jack fully expanded, he will present you with a lovely bunch of roses as a reward, as well as the payout from the line win. Rosie wears a Bone id tag which reads, ‘Puppy Love’, a nice touch as the Tag is also a symbol on the reels. The only surprises in store for you on this slot, are of the good, monetary, kind. 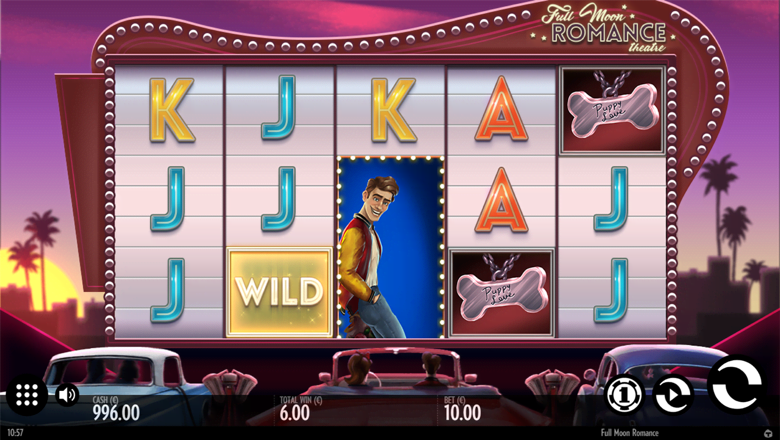 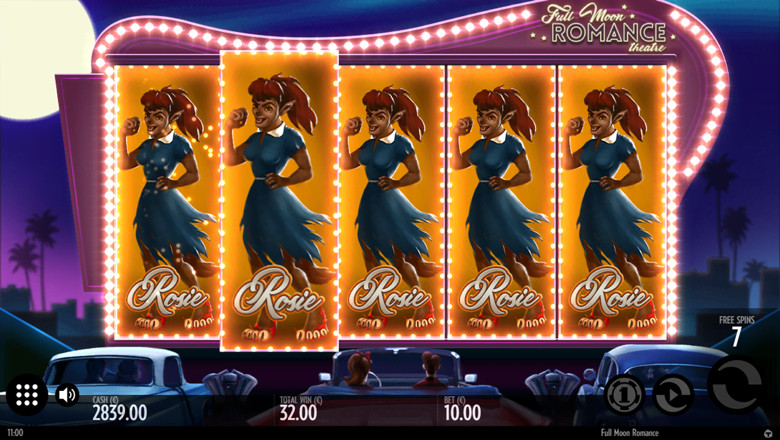 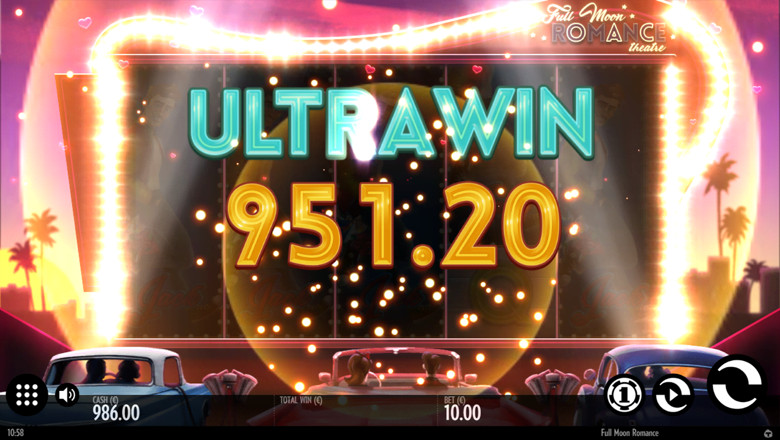 There are no prizes for guessing the Full Moon is the Scatter Symbol in this game, but there are other prizes of the cash variety you have the chance of accumulating. With a generous award of up to 20 Free Spins, and 3x1 cloning Sweetheart symbols, you could be on your way to bagging some nice big rewards for just spinning those reels. As no game worth its salt would be complete without some wilds, there’s the potential for plenty of substitutions with the ones on this slot.

When Jack and Rosie transform for the Free Spins Bonus Round they are counted as the same symbol. An added bonus to make the most of that feature is that by taking up 3x1 positions on the reels, and cloning up to a max of 4 times, you could be buying popcorn for everyone at the Drive-in. Jack and Rosie have equal value as high symbols on the reels, as do their werewolf counterparts, awarding 15x your total stake for landing 5-of-a-kind. It might be fight night, but it could also be the right night to land those lucrative winning combinations.

During Free Spins the Sweetheart symbols are transformed into werewolves and are counted as the same symbol. When a Sweetheart Symbol lands on the first reel, up to 4 additional 3x1 clones land randomly on the reels. 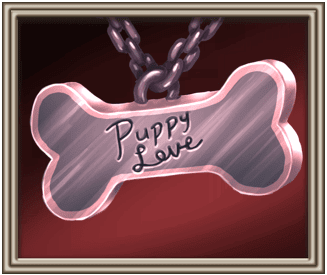