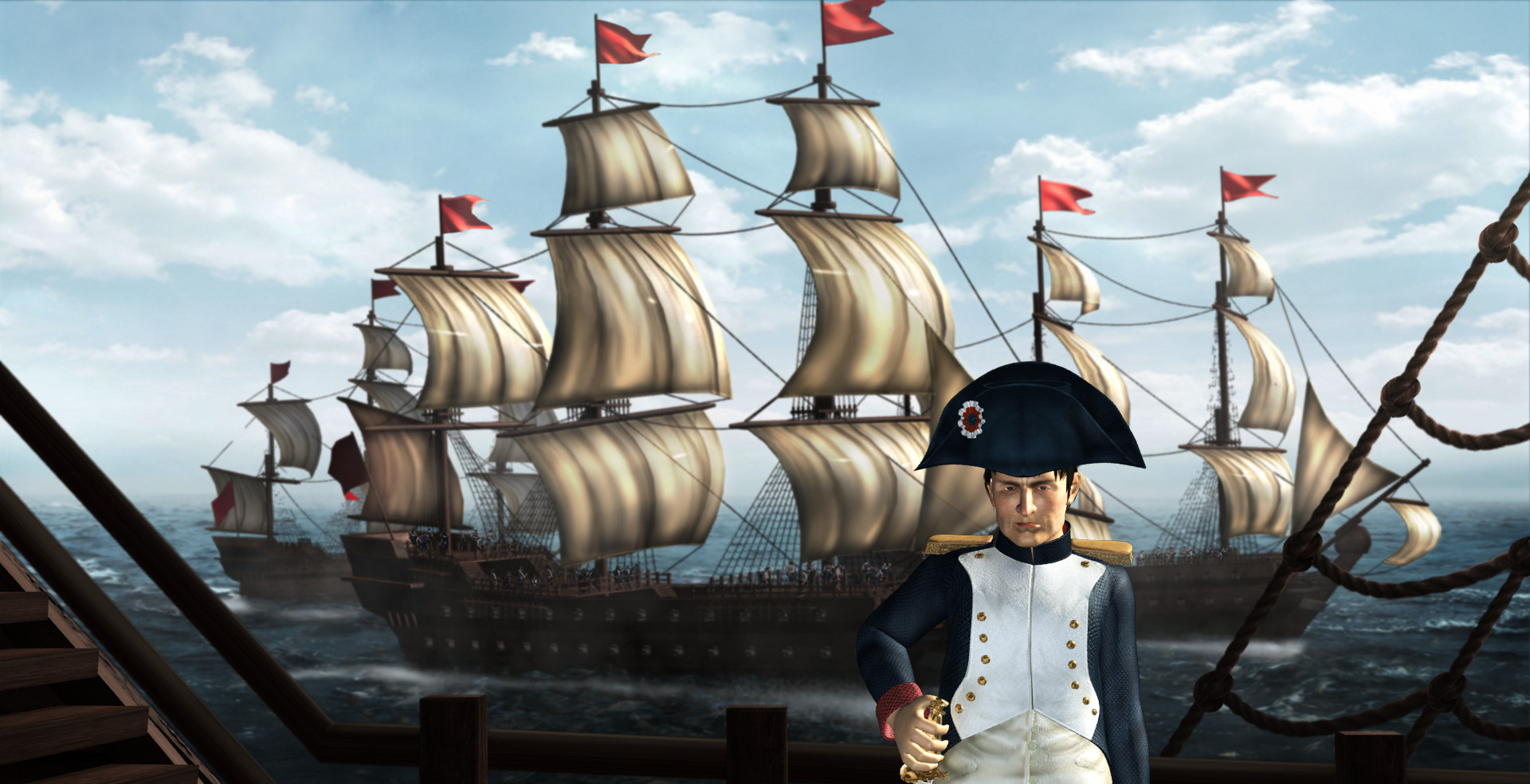 Join one of the greatest commanders in history, as Napoleon Bonaparte leads you into battle on the high seas. As Emperor of the French, he will guide you successfully through the Napoleonic wars as you gather valuable prizes along the way. Highly valued as a commander he was rewarded richly, the symbols on the reels give a taste of what you can win as you work your way up the ranks.

Eyecon gaming have created an atmosphere of anticipation and riches in their detailed graphics. The symbols in Emperor’s Fortune consist of everything needed for battle, and the rewards such an esteemed admiral deserves for all their hard work. A gun will see off the enemies, and no adventure would be complete without a telescope and pocketwatch. The drama unfolds during the Ship Battle, the music heightening the anticipation as the cannonballs fire at enemy ships moving in.

There are plenty of opportunities to play around with the bets in Emperor’s Fortune. Before gameplay begins, the player can select to play with anything between 1 and 25 paylines.

Drop the anchor and hoist the mast as your journey begins over the still waters of the Meditteranean Sea. Ship Ahoy! Sitting on your laurels is not an option, keep an eye out for those canon symbols, for once you have 3 in view you will be off to participate in a Ship Battle. The Prize Pick will be triggered, and 1 pick for each canon symbol in the winning combination will be awarded. It’s time to take aim, and fire at the enemy ships. Take your time as you line up the viewfinder, as anything up to 100x the total wager can be collected.

The great Emperor himself is also a Scatter Symbol, triggering Free Spins when 3 or more of his symbols come into view. He is very generous to his loyal band of comrades, as line wins are tripled during Free Spins.

The Prize Pick for the Canon Scatter can award a prize of up to 100x the total wager. During the Free Spins for the Napoleon Scatter all the winning lines are tripled in value, the games can only be retriggered a maximum of 15 times. The Free Spins will be played using the same paylines and wager as the triggering game. The Napoleon Wild will double the prize when the substitute symbol appears in a line win.