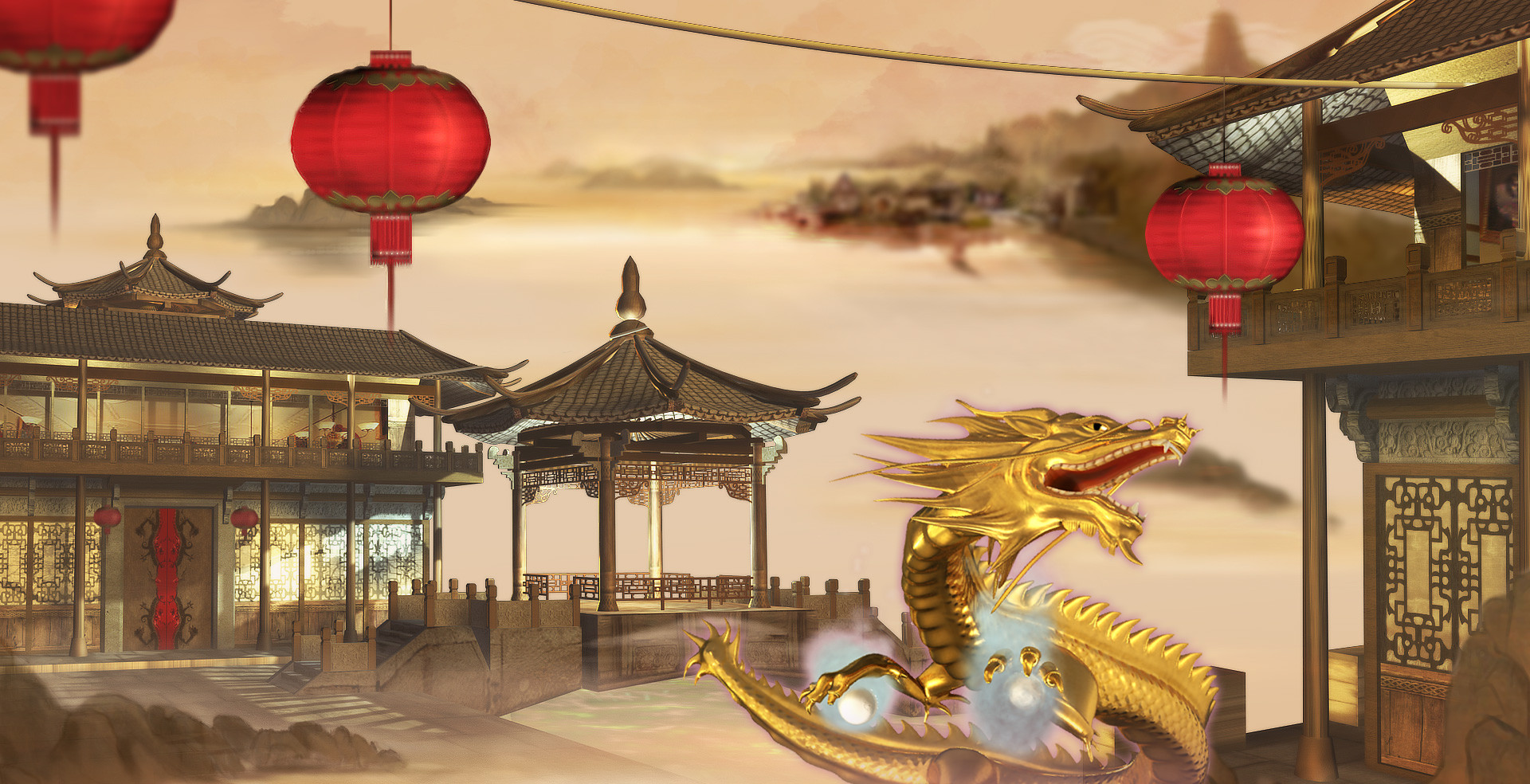 Romanticised in the 14th century novel, Romance of the Three Kingdoms, Chen Gong was an advisor to the warlord Lü Bu. Eyecon gaming has created the perfect backdrop for the late Eastern Han dynasty of China. Animations include golden roaring dragons, red lanterns and a dancing Princess, all there to transport you to the treasures of the Orient.

The reels in Cheng Gong are positioned at the forefront of a Chinese Palace (Gong). The scenery is highly engaging, changing from day to night, red lanterns lit in the dark, or turned off as the sun peeps through the Gong. Traditional household items fill the reels, as does the Dancing Princess, and the Golden Dragon. When the Dragon games are triggered, he appears as large as life in front of the reels letting out a mighty roar. He is a specimen to behold, and a fine work of animation from Eyecon.

There are plenty of opportunities to play around with the bets in Cheng Gong. Before gameplay begins, the player can select to play with anything between 1 and 25 paylines.

The graphics in Cheng Gong are so striking it’s easy to forget you are there to collect prizes. There are 3 scatters to keep you more than entertained, and put you in with a chance of multiplying your wins up to 100x. When the Dancing Princess scatter is triggered, she will whisk you off to another area of the palace as she dances with her fans. Pick a fan to multiply the original wager. On completion the animation continues as the Princess puts her parasol up and shares the good news of your winning total. As the Wild, the Dancing Princess also has the power to double any line wins in which she appears. She is a good friend to have.

The Red Lanterns will trigger a Prize Pick, where anything from Free Spins to a wager multiplier can be awarded. As for the delightful Dragon, he will back off while you are awarded Free Spins. He’s just a great big pussycat really, but best to give him a wide berth just in case.

The Dancing Princess Symbol is the Wild Symbol, when in view it substitutes for any other symbol, except for the Red Lantern Symbol and the Dragon Symbol. When the Wild is on a line win the prize is doubled. In addition, 3 or more of the Dancing Princess Symbol triggers the Prize Pick Feature. You can choose between one of the two displayed fans for prizes.If you reveal a Bonus Pick, you can choose again. There is a maximum of 3 Bonus Picks, where the last pick can award a 30x multiplier or a 100x multiplier on your total wager.

The Red Lantern Symbol is a Scatter Symbol. 3 or more will trigger the Prize Pick feature. Based on the players selection you will be awarded Free Spins, or a 2x multiplier.